The German, 29, allowed compatriot Leroy Sane’s long-range effort to slip through his hands just before half-time in the flop 3-0 defeat away at Bayern Munich.

Leroy Sane let fly from 30 yards and caught the strike well at the Allianz ArenaCredit: Getty 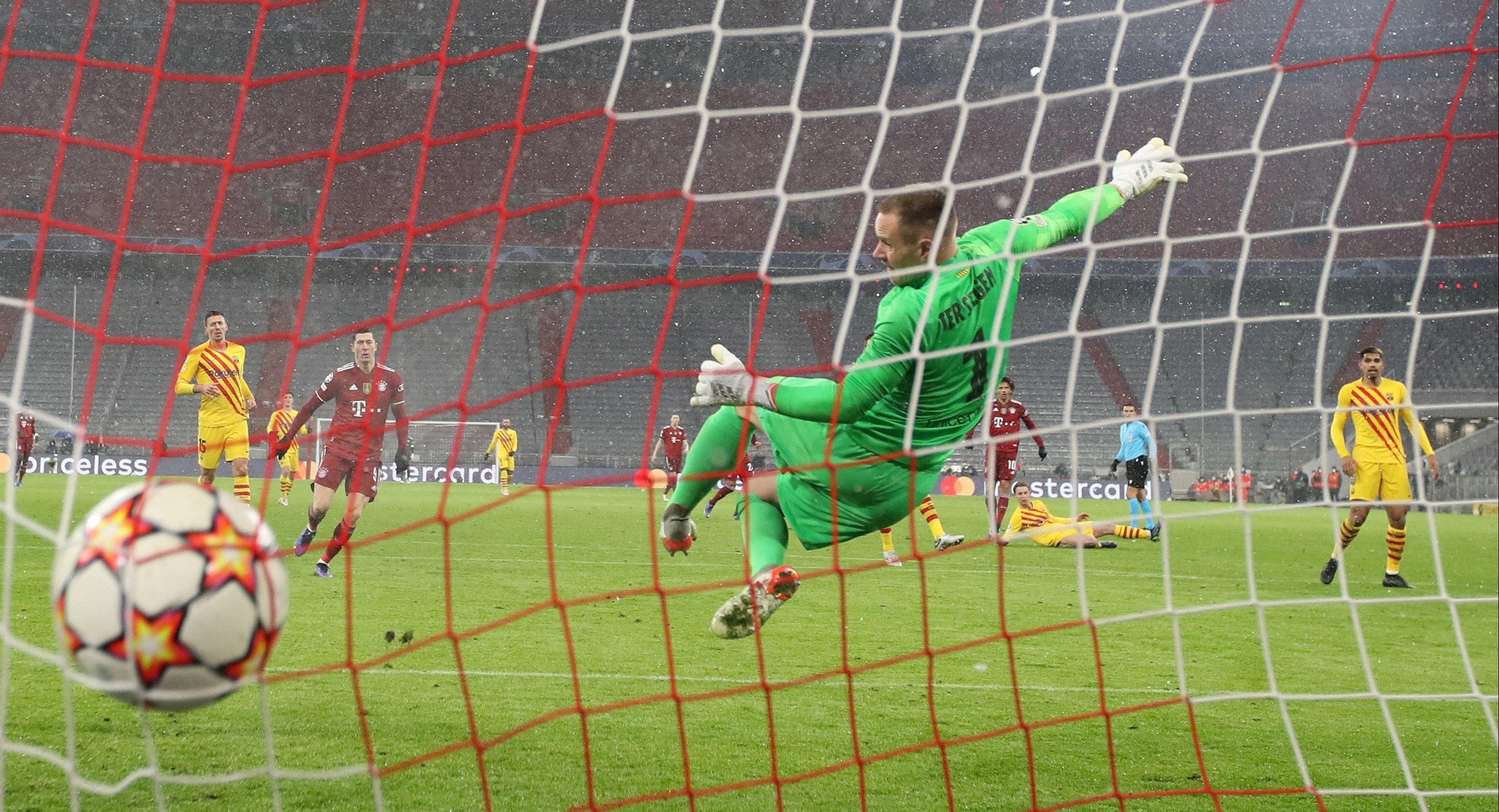 Marc-Andre ter Stegen allowed the ball to bounce in off his arm in a calamitous errorCredit: Getty 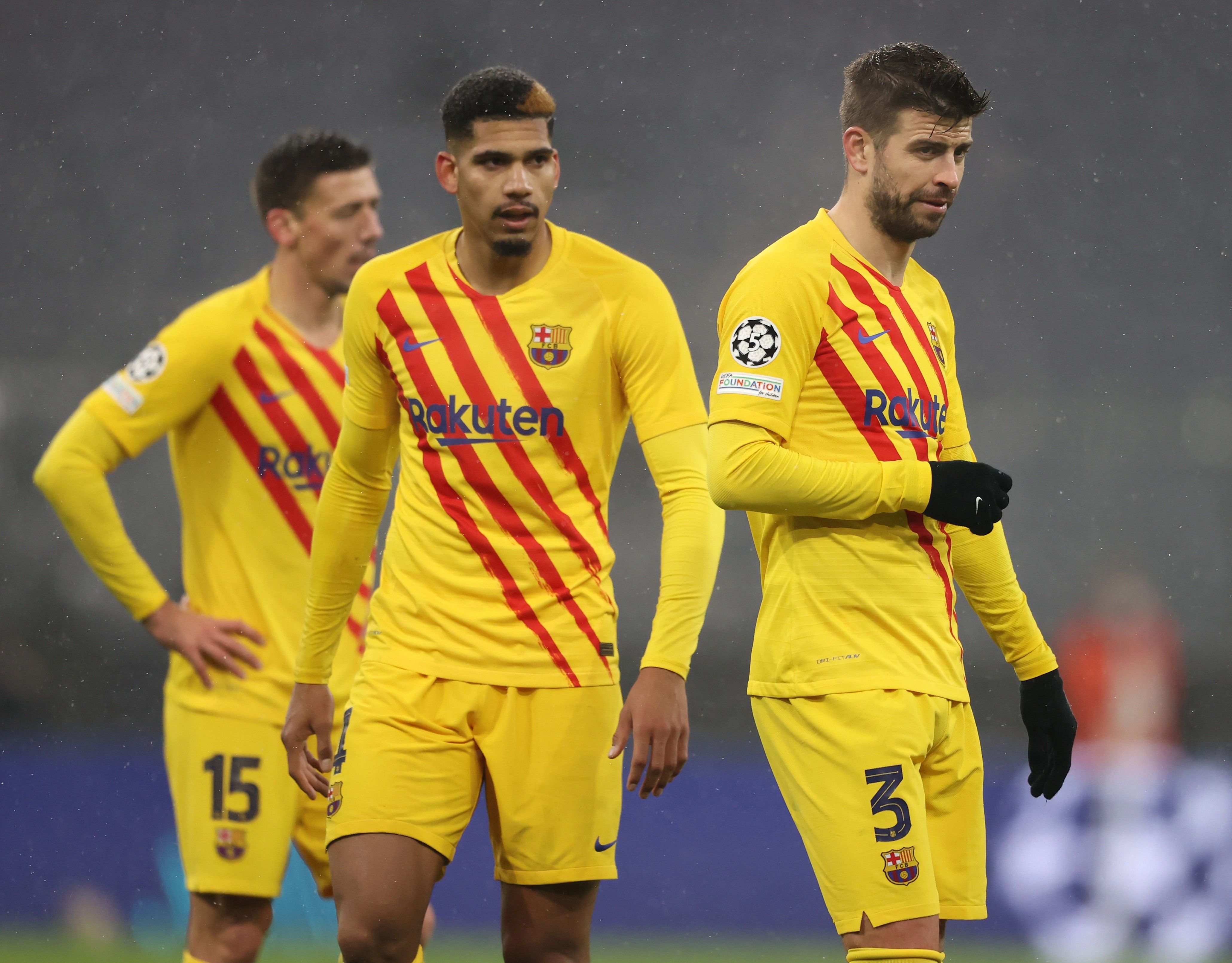 Sane, 25, collected the ball from Kingsley Coman 35 yards from goal with 43 minutes on the clock.

He touched the ball out of his feet and then let fly with his wicked left foot.

But despite catching it sweetly, the ball did not move much in the air and Ter Stegen made a mess of the save as it bounced off his arm and in.

The goal made it 2-0 to Bayern on a night where Barcelona needed a win to guarantee their place in the knockout stages as Benfica strolled to a comfortable 2-0 win over Dynamo Kiev.

Despite holding out for 34 minutes, the Spaniards were undone for the first goal when Robert Lewandowski showed good feet before clipping across to Thomas Muller, who notched up his 50th Champions League strike.

Muller stretched his neck and looped his header back across goal, the ball just going over the line before it was hooked clear – as confirmed by goal-line technology.

Sane should have added a third immediately after half-time but somehow picked out the grounded Ter Stegen rather than the back of the net.

But Jamal Musiala made no mistake just after the hour mark when he turned in from Alphonso Davies’ clever drag-back to complete the scoring on another routine night for the Bundesliga champs.

Inside an empty Allianz Arena, Ballon d’Or runner-up Lewandowski looked miffed to be subbed off early after failing to add to his tally as Bayern ended Group E with a perfect six wins from six – just like Ajax and Liverpool yesterday.

For Barca, though, this compounded a nightmare campaign, scoring just TWO goals in the group and conceding nine as they crashed out.

The last time Barca failed to progress to the Champions League last 16 was way back in 2000-01.

That season, current manager Xavi was a fresh-faced 20-year-old in the team alongside Pep Guardiola in midfield.

AC Milan topped the group with Leeds, who went on to reach the semis, second, Barca third and Besiktas last.

Finishing third sees Barcelona drop into the Europa League where they could face the likes of Borussia Dortmund, West Ham or Leicester at some stage. 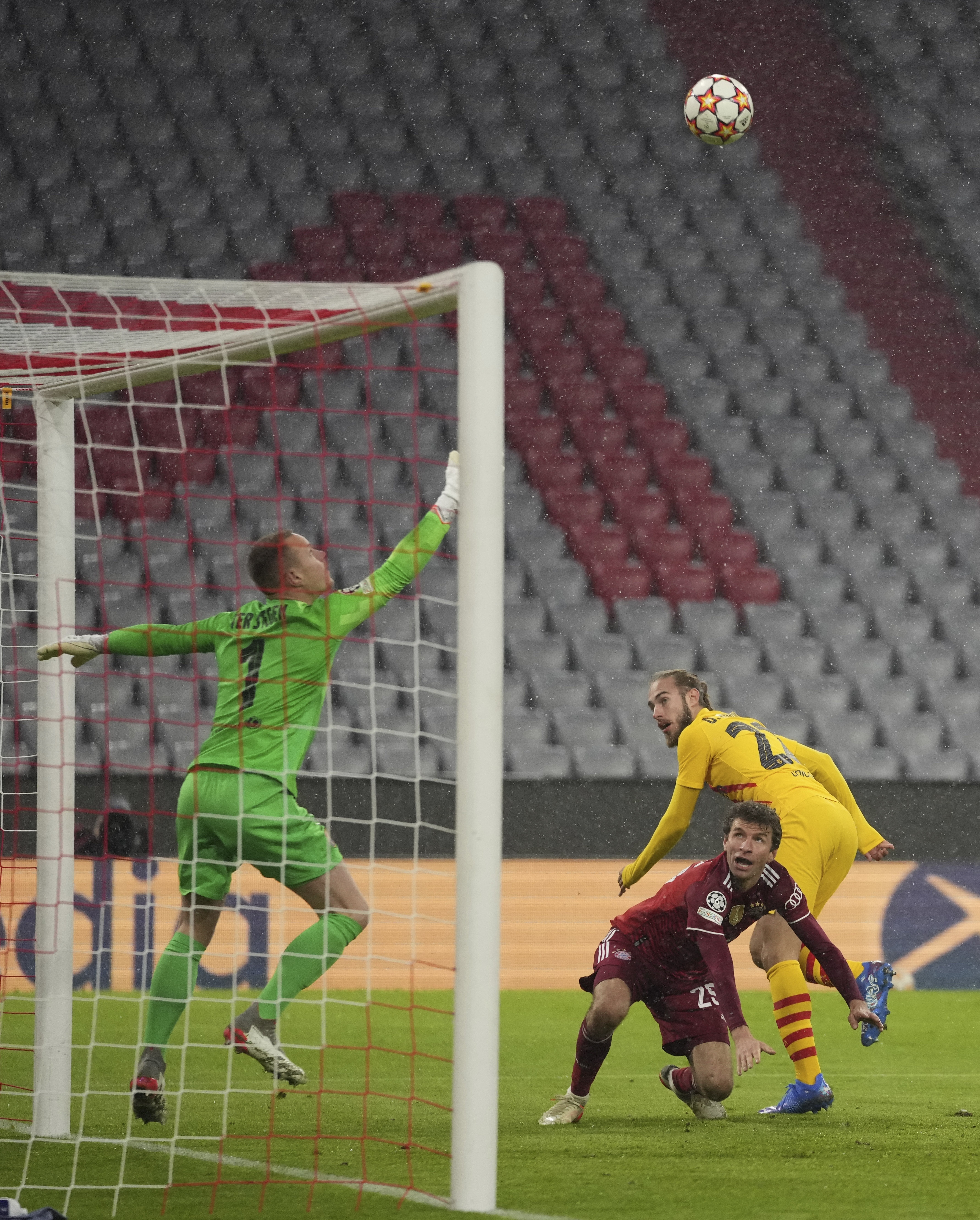 Thomas Muller’s clever header looped back and over the line before it was kicked awayCredit: AP 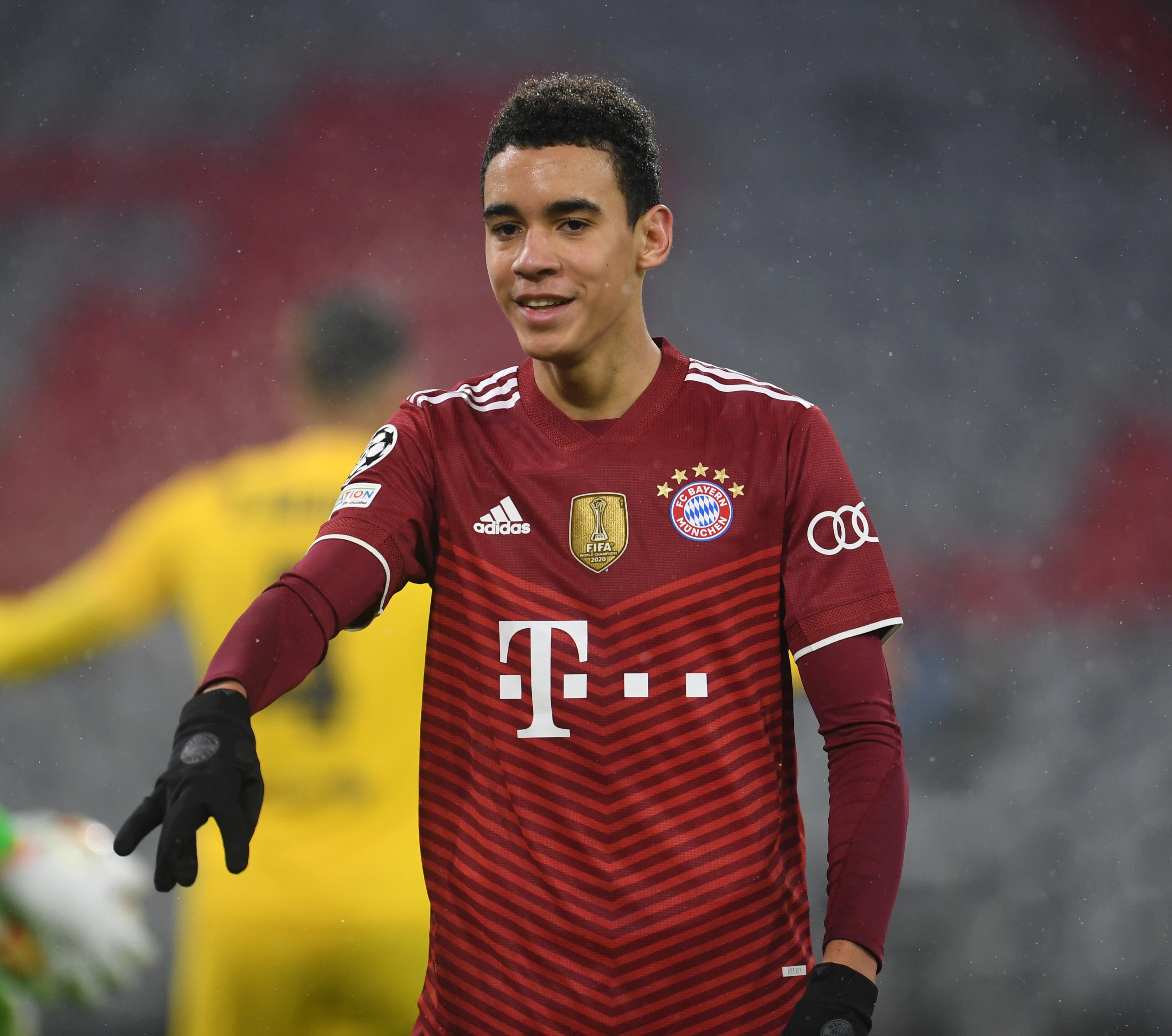 Jamala Musiala rounded off the scoring by tucking in the third in the second halfCredit: Reuters 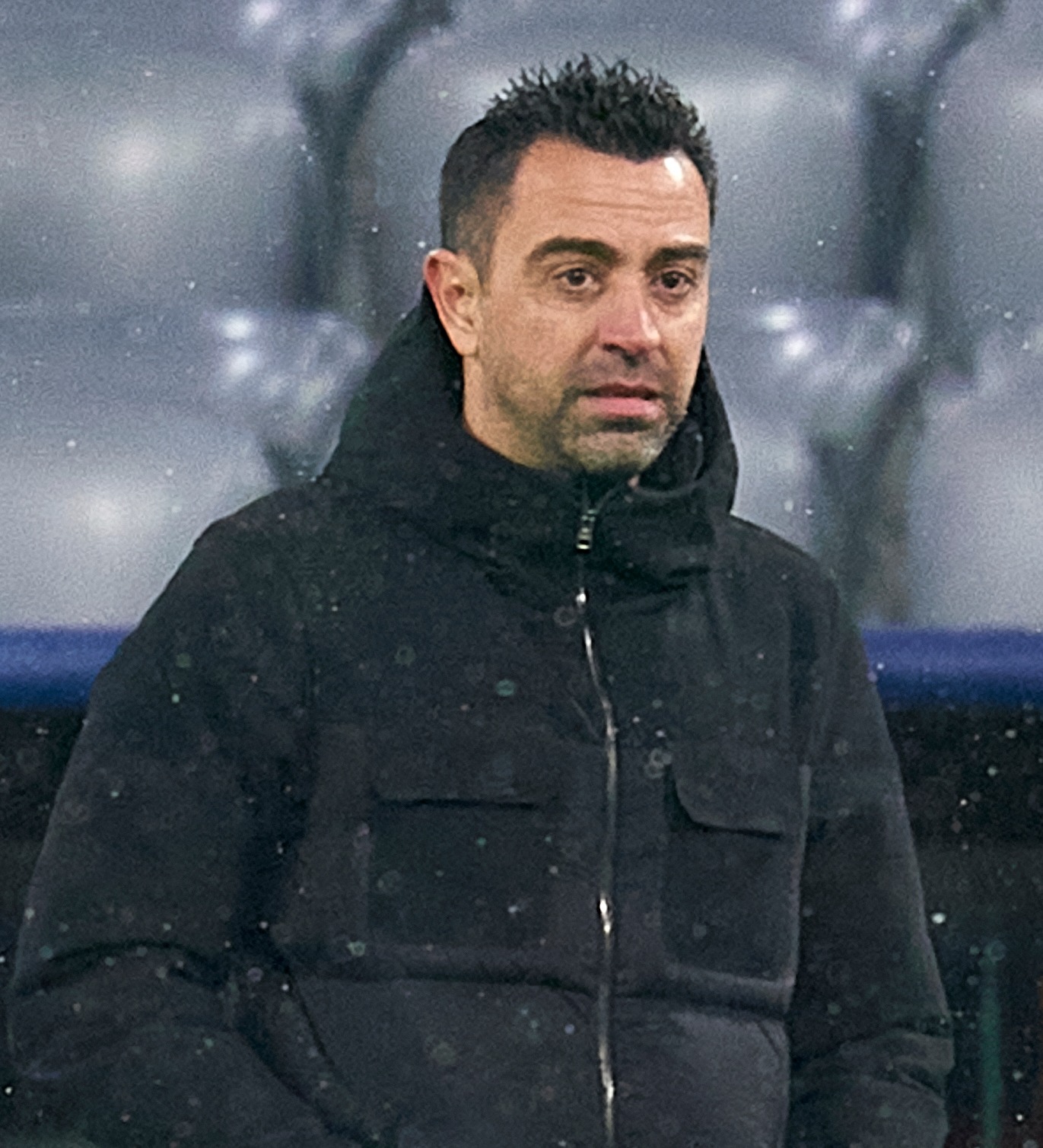 It was another grim night for Barcelona against the German giantsCredit: Getty