WOLVES were convinced they had finally killed off deadly rivals West Brom with a Silva bullet.

However Sam Allardyce’s battling Baggies simply refuse to lay down and die. 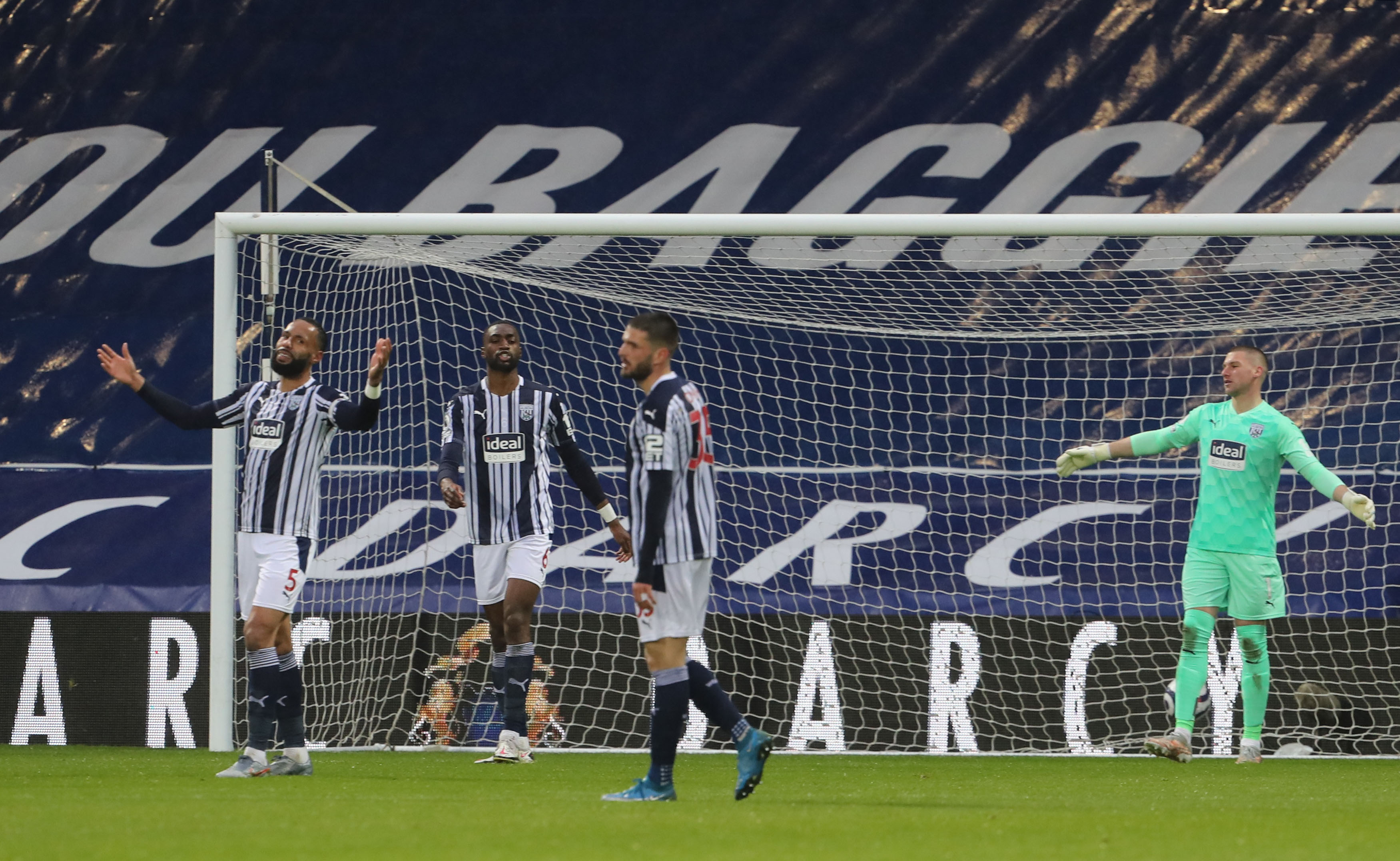 West Brom are on the verge of relegation after dropping points against WolvesCredit: Reuters 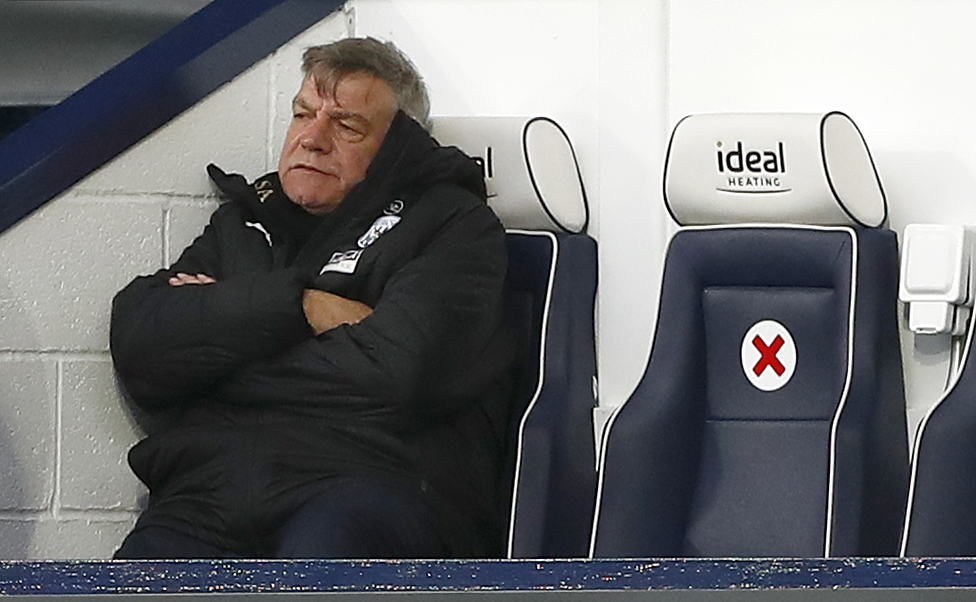 There hasn’t been a longer, painful, more lingering demise since Rasputin finally popped his clogs after being poisoned, shot, stabbed and eventually drowned!

But somehow Big Sam’s battlers are still hanging on grimly to their Premier League status after Mbaye Diagne rescued them with a second half leveller.

The end still seems absolutely inevitable but credit Albion, they are doing their best to take it to the wire..

Wolves fans thought they had pretty much got rid of their noisy neighbours when they took the lead on the stroke of half-time from an unlikely source.

Fabio Silva thought his luck had dramatically changed when he cashed in with his fourth goal in his 32nd top team appearance since his £35million move from Porto in the summer.

Owen Otasowie cut inside from the right and fed Vitinha whose cute backheel picked out Nelson Semedo’s surging run into the box.

He tried to play in Silva when Kyle Bartley suddenly intervened to smash the ball clear, only for the ball to fly off the 18-year-old striker’s boot and loop up and over Sam Johnstone.

It was a freak goal but no-one could grudge Silva his moment of glory. 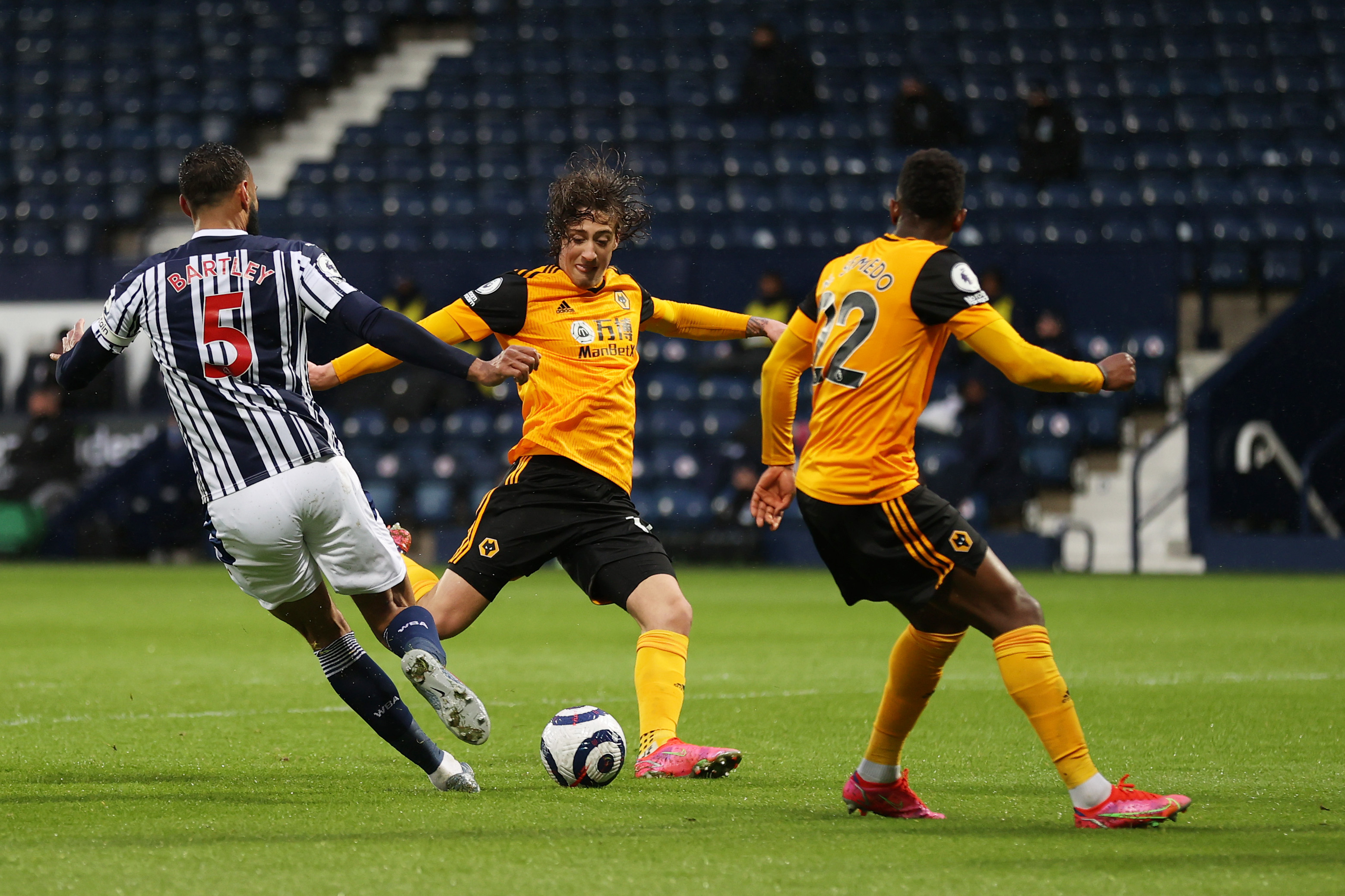 Fabio Silva opened the scoring moments before the breakCredit: Getty 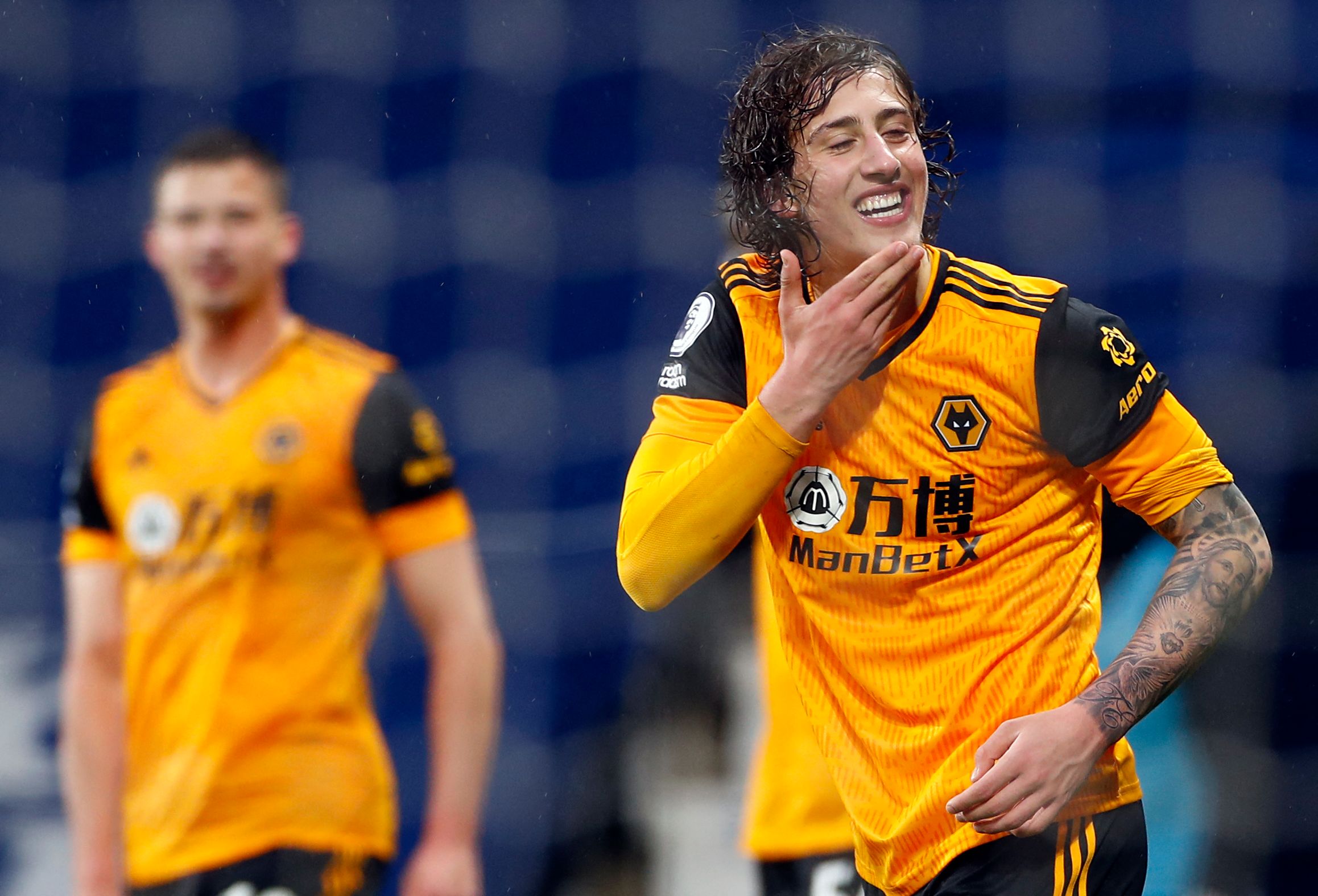 The teenager has had to live with the burden of that huge price tag all season in the absence of injured first choice striker Raul Jimenez.

The kid has been asked to run before he can walk and, if they were being honest many Wolves fans would probably have cut their losses if someone had come up with a decent offer for the youngster.

However half of his four goals had come against West Brom, who he also scored against at Molineux earlier in the season.

Even at £8.75million a goal that would have seemed like a bargain if it had eventually sent Albion back to the Championship.

However Allardyce was never going to surrender his record of never having been relegated without a fight. 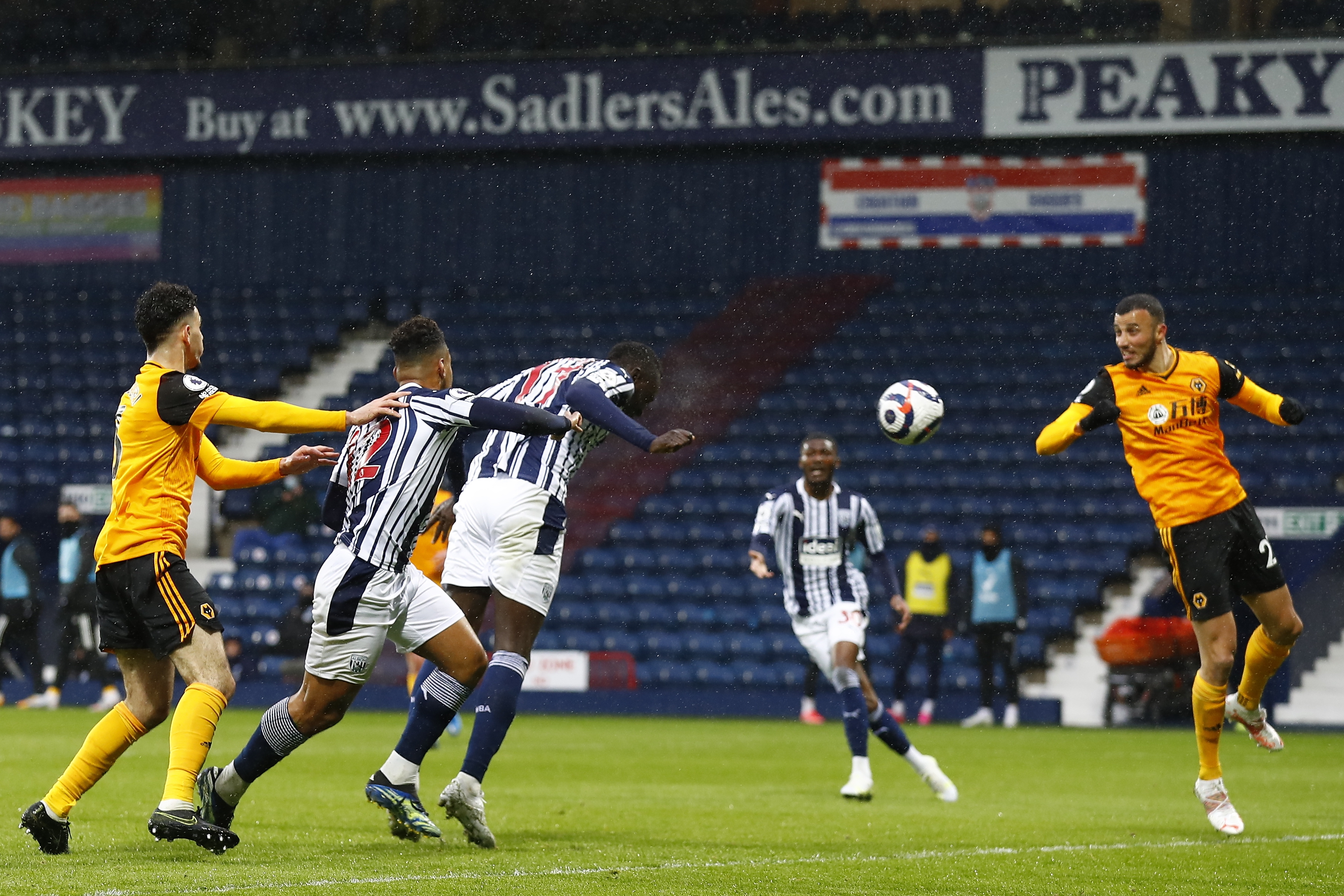 The Baggies found an equaliser through loan striker Mbaye Diagne in the 62nd minuteCredit: EPA 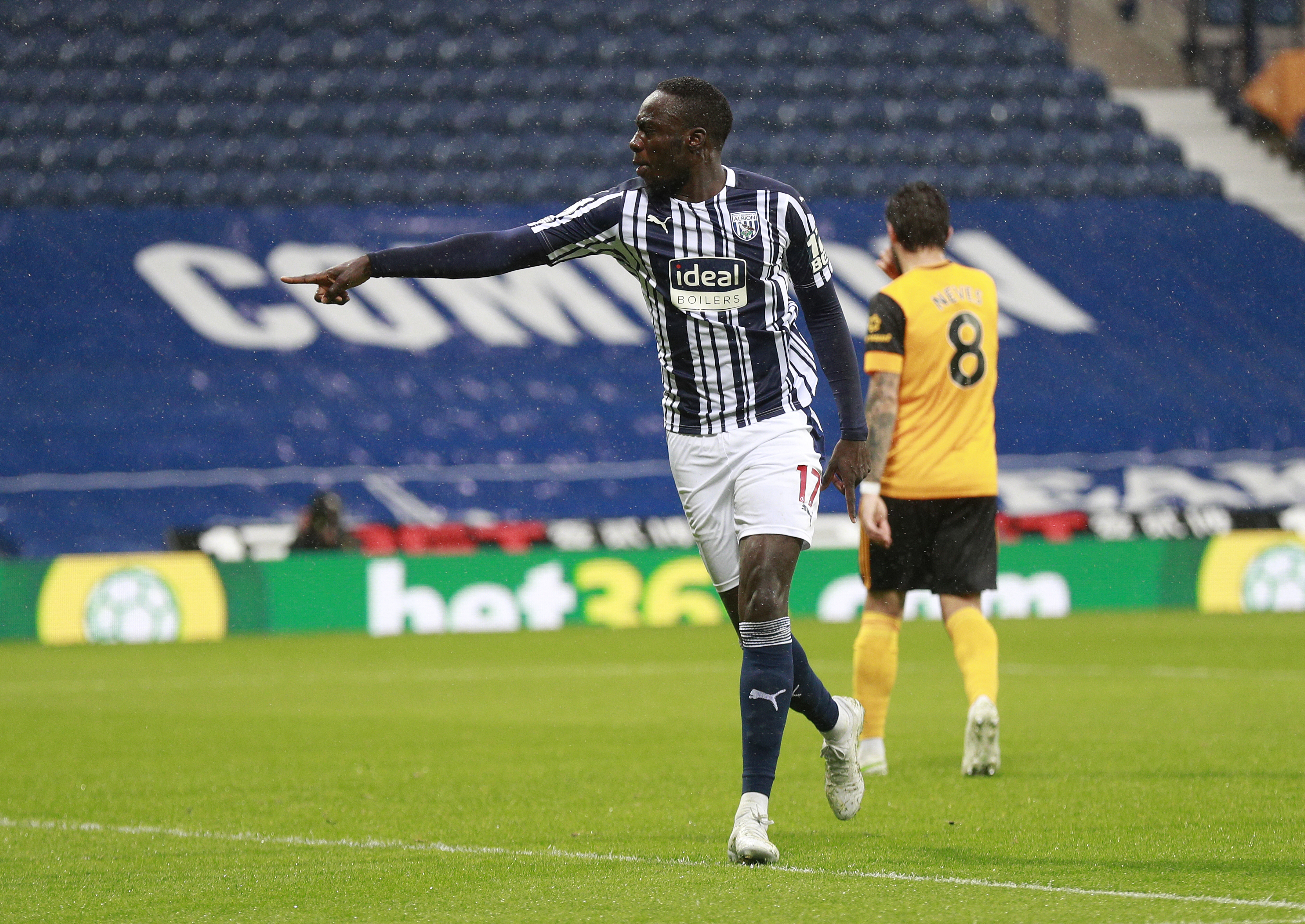 It was the attacker’s third Premier League goal since his move in JanuaryCredit: Ian Walton Telegraph Media Group

His side fought back to equalise just after the hour mark through Mbaye Diagne who is another striker finding his feet just too late to make the crucial difference.

He gave big Sam a glimmer of hope when he wriggled clear of his marker to power home a Conor Townsend cross after 62 minutes.

But try as they might Albion just couldn’t find the winning goal they desperately needed in atrocious conditions.

They remain 10 points off Premier League safety with 12 points left to play for.

Albion need a miracle of biblical proportions to survive now. 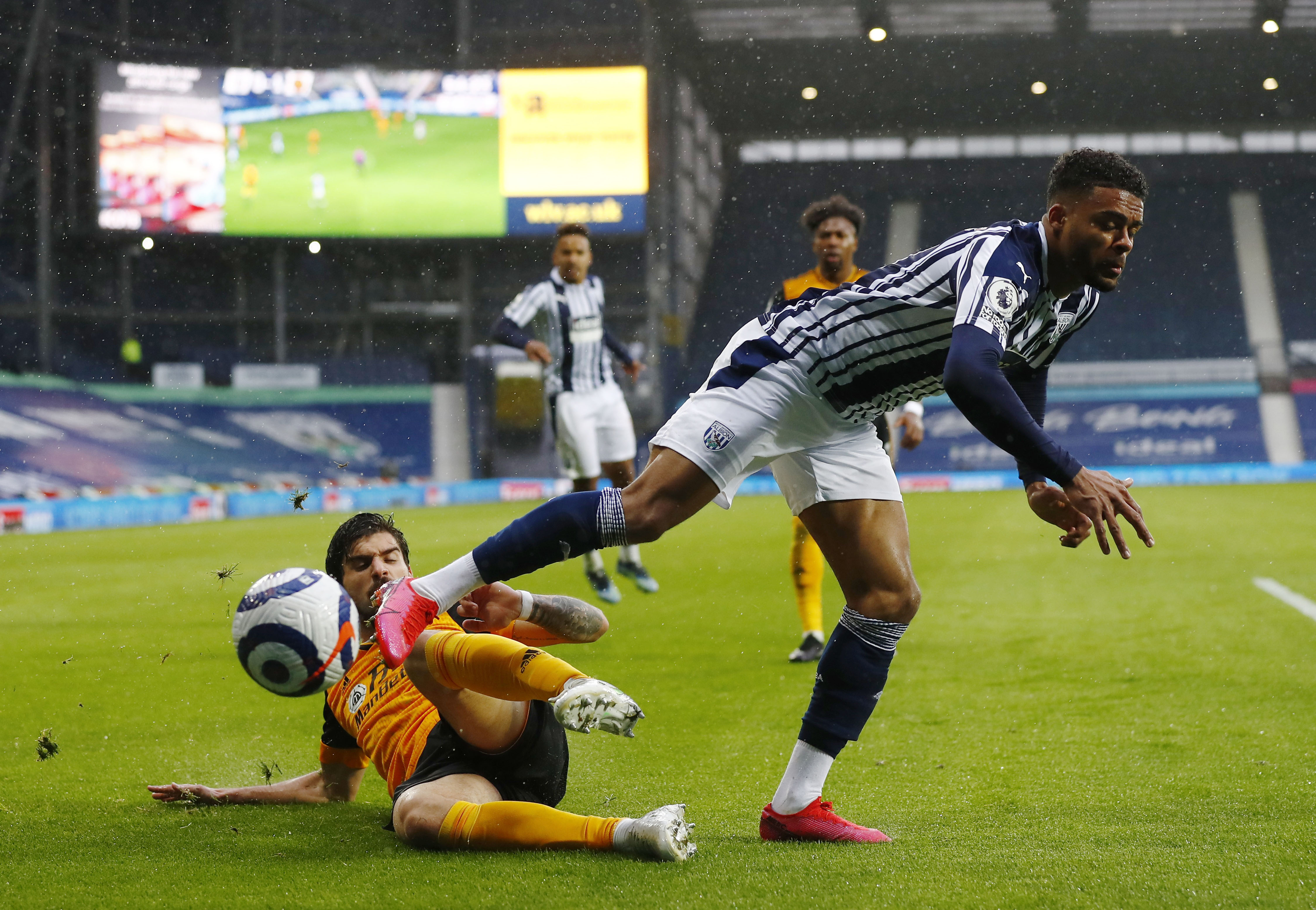 Both sides struggled for dominance in the wet and windy conditionsCredit: Reuters 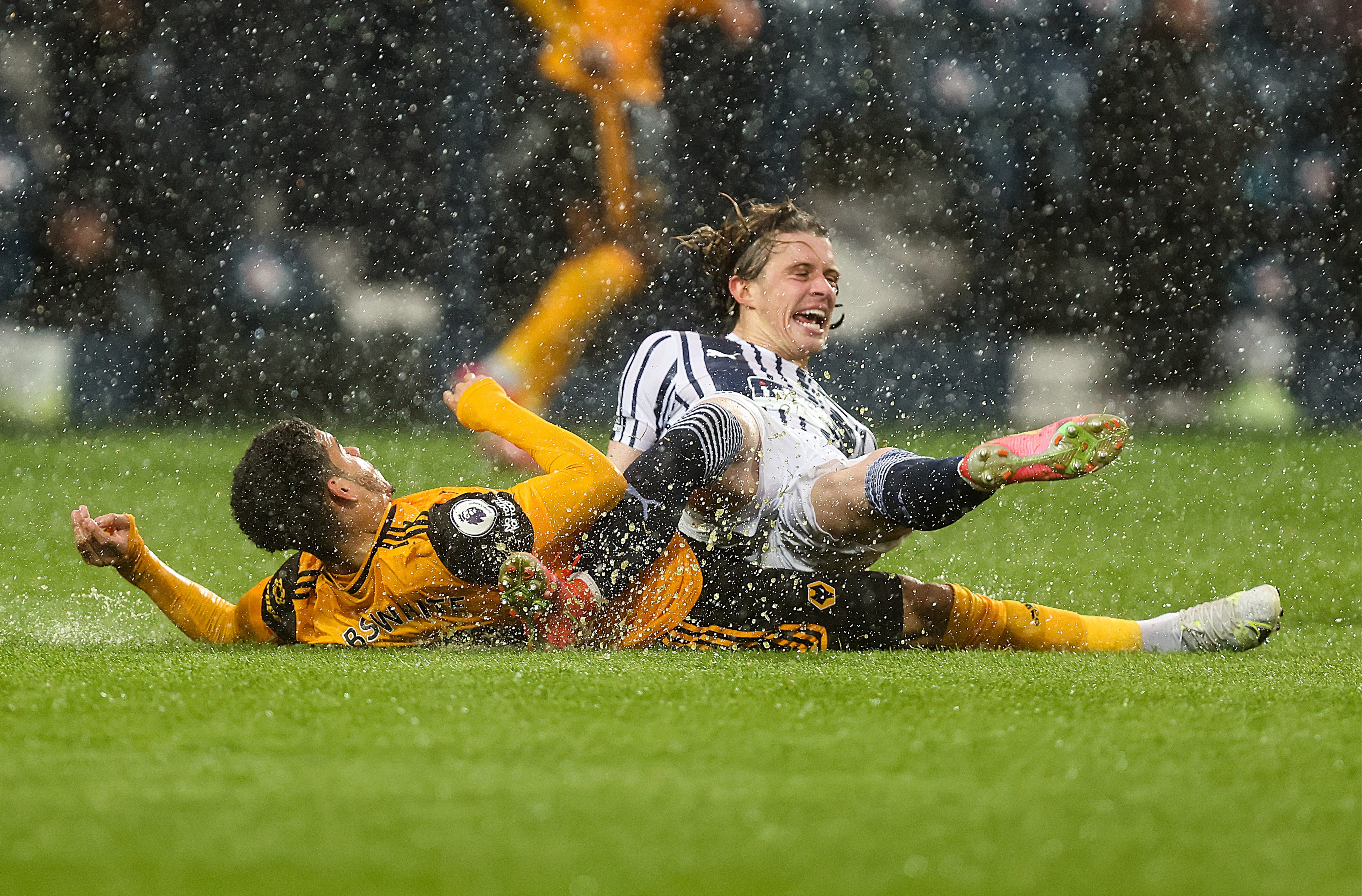 West Brom’s fighting spirit was not enough to win the gameCredit: Getty

The torrential rain certainly fell into that category and conditions were more suited to Noah than Neves as these local rivals set about each other!

Wolves should have taken the lead when Semedo robbed Semi Ajayi in his own box but the Portuguese full-back’s shot was brilliantly turned over by Sam Johnstone.

Allardyce had seen enough and replaced Dara O’Shea with Matt Phillips to switch to a back four.

It almost paid off when Diagne thought he had opened the scoring with a header but Romain Saiss brilliantly cleared off the line.

Silva then gave his side the lead and must have thought this was to be his night – however Diagne dug his side out with his equaliser, even if it is likely to be too little, too late.

Conor Gallagher talks about his rise to the Premier League