BADDIEL and Skinner say they will release a new song called ‘It’s Coming Home (Again)’ for the 2022 World Cup if England beat Italy at the Euro 2020 final.

Gareth Southgate and co will attempt to end 55 years of hurt by leading England to their first major tournament triumph since winning the World Cup in 1966.

Baddiel and Skinner were special guests for BBC’s coverage of England vs ItalyCredit: The Sun 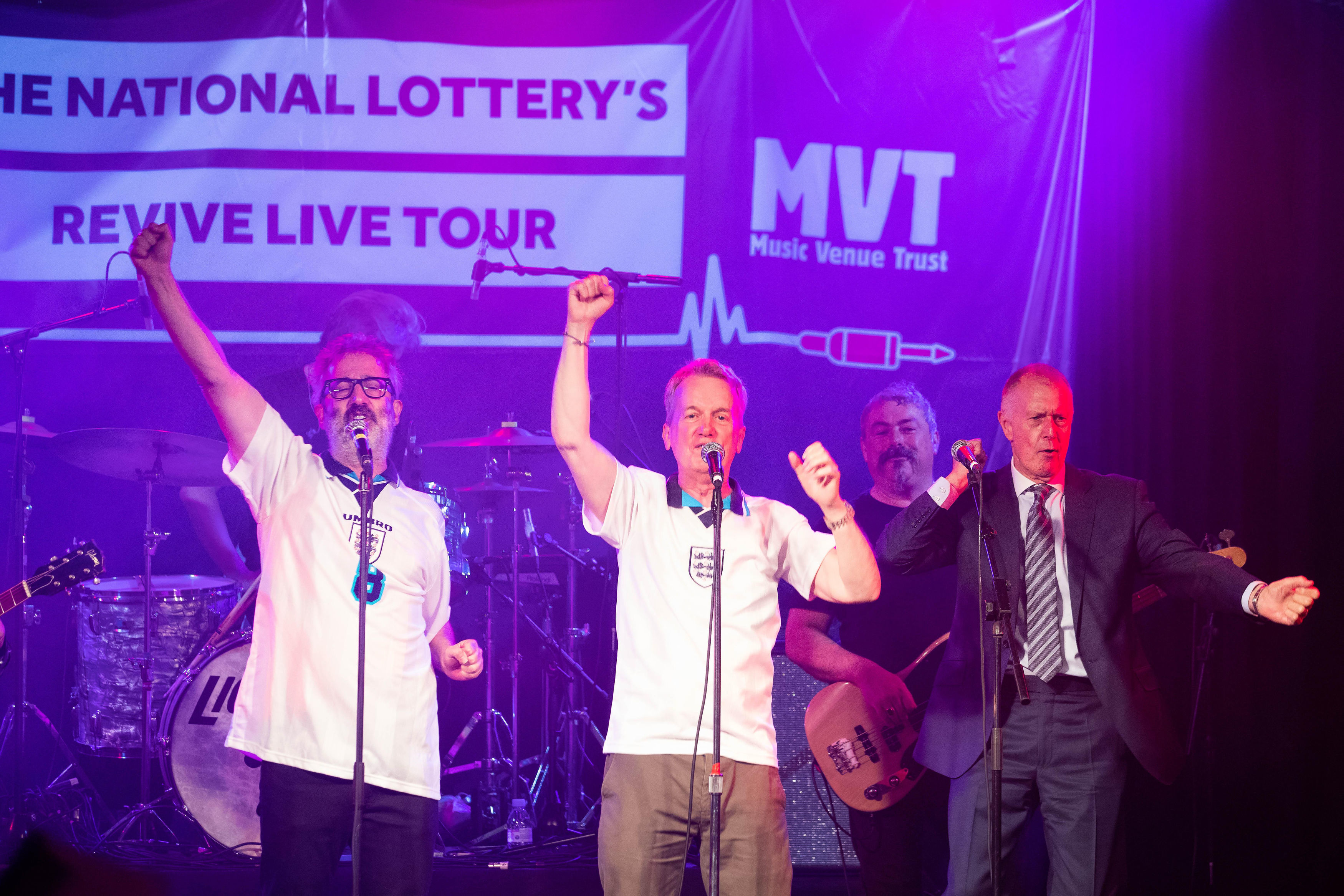 Baddiel and Skinner were joined on stage by England legend Geoff Hurst for a pre-game gigCredit: PA

The 1996 classic ‘Three Lions’ [It’s Coming Home] by Baddiel and Skinner and the Lightning Seeds has once again got the whole nation singing.

And it has made it into the singles’ charts too.

Now David Baddiel and Frank Skinner, who performed a pre-kick-off gig in London, have teased a new version for 2022.

Speaking on BBC One, skinner said: “We’re thinking of doing a song for the World Cup called ‘It’s coming home (again)’ if we win this one.

“That’s enough of a change I think.”

“It’s been lovely. The song is on its second Wembley now so we outlived the stadium. I think it’s special that we’re in the final but I don’t buy into this that it’s enough to be in a final.”

And Baddiel added: “I think it’s the first really good team (England will face), Denmark were great but this is a very good Italian side.

“I think we have enough to raise our game to beat them.” 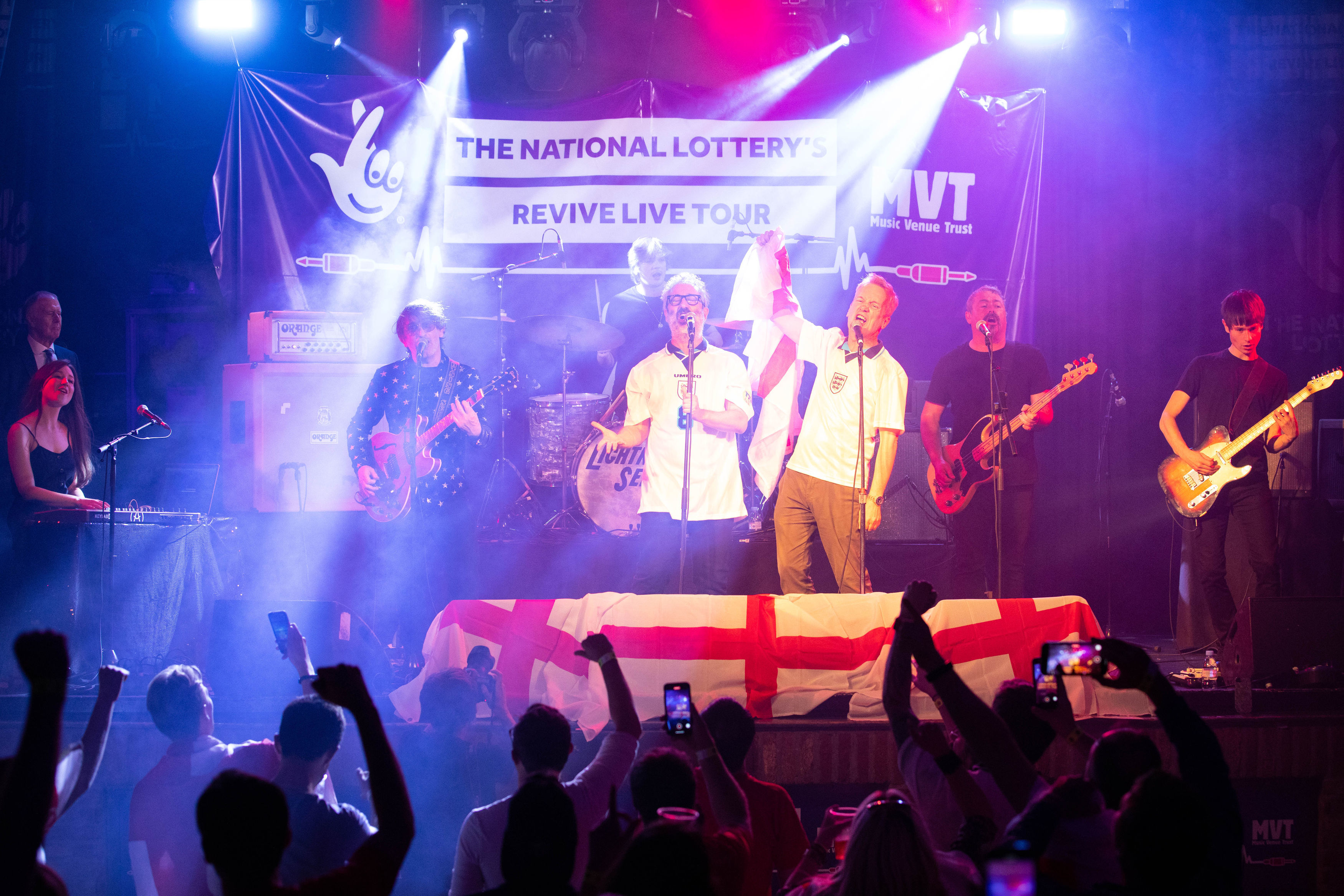 The iconic duo could be back in the charts with a new version of Three LionsCredit: PA 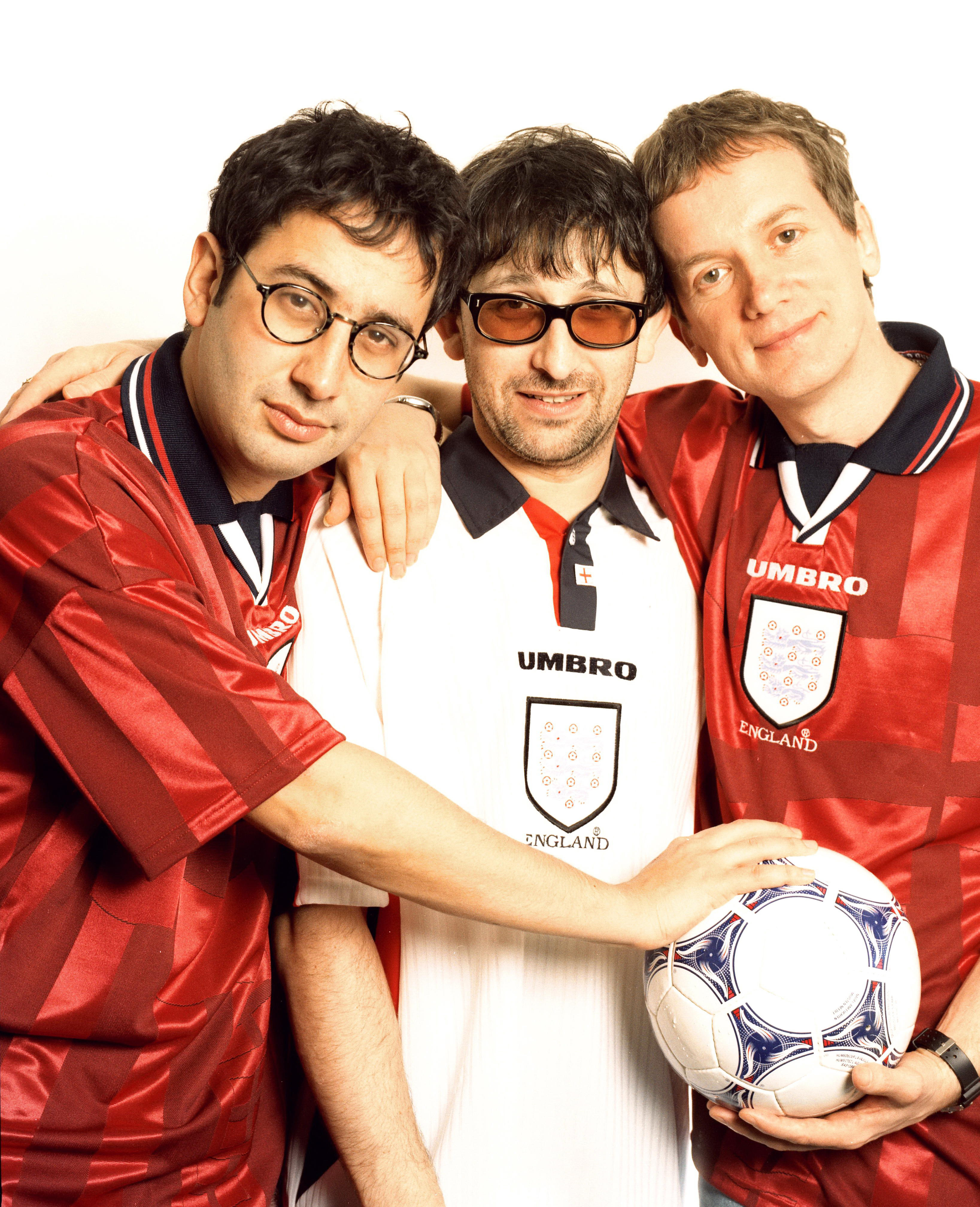 Baddiel and Skinner and the Lighting Seeds released Three Lions in 1996Credit: Alamy

Uefa allegedly BANNED Baddiel & Skinner and the Lightning Seeds from singing Three Lions (It’s Coming Home) at Wembley ahead of the final.

According to Frank Skinner, the idea of the players coming out to the big hit were vetoed by Uefa party poopers as it was deemed ‘unfair’ on Italy.

Speaking on Friday night’s The Last Leg Euros Special, Skinner said: “There was a suggestion that we sang it on the pitch before the final on Sunday, and Uefa said it was too partisan and not fair on the Italians to have that.”

The comedian went on to joke about double standards, pointing out what happened in the opening ceremony.

He said: “In the opening game, which was Italy against Turkey, Andrea Bocelli sang Nessun dorma before the game!”