THE Australian Open descended into chaos overnight as up to 600 players, officials and staff were forced to self-isolate and be retested for Covid-19.

A 26-year-old hotel worker, who was stationed at the Grand Hyatt, has developed coronavirus symptoms, potentially caused by the highly-infectious UK strain of the virus. 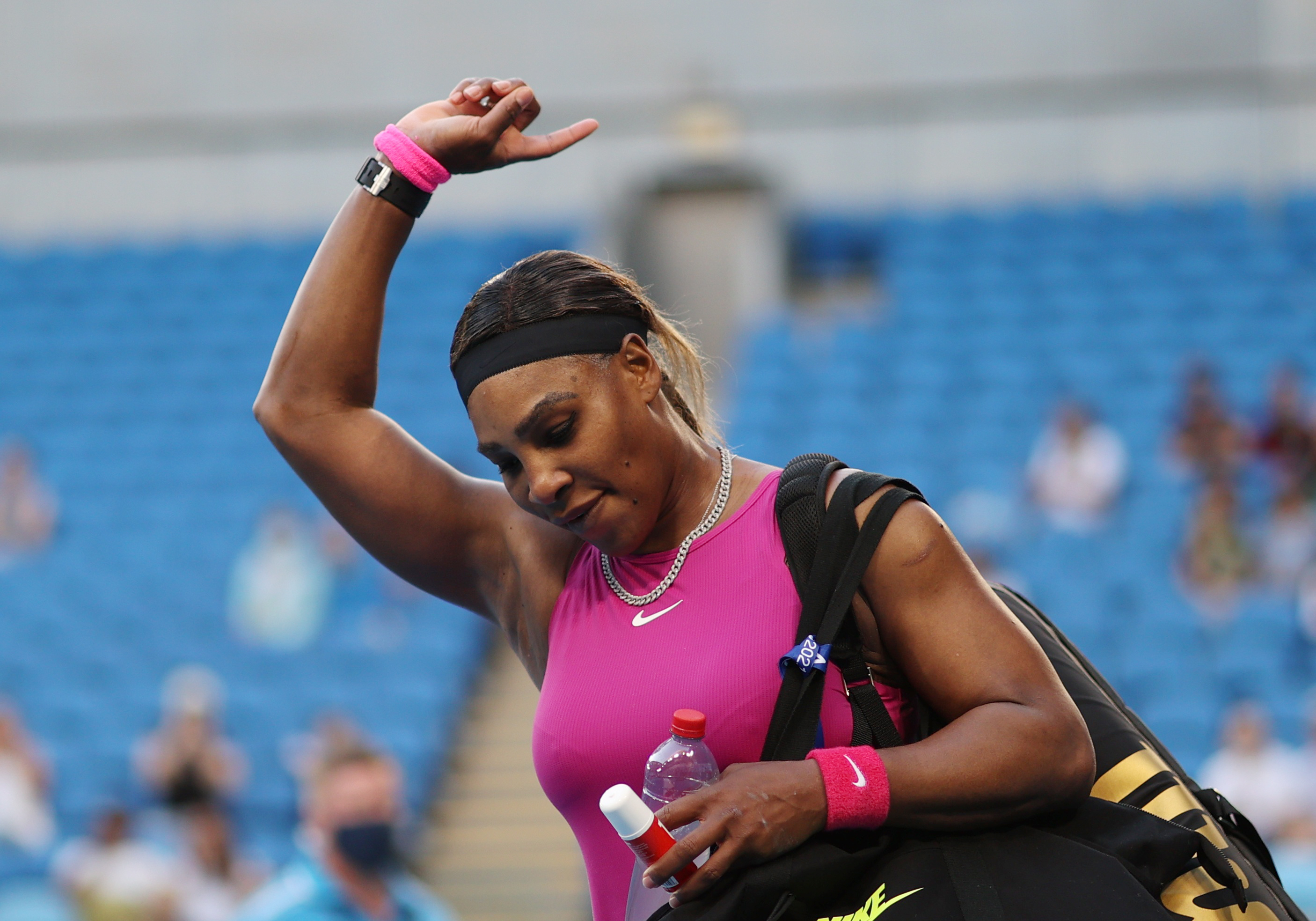 The Australian Open has descended into chaos with no matches to be played at Melbourne Park on ThursdayCredit: Reuters

The resident support officer had previously recorded negative test results while working last month at the quarantine hotel in Melbourne.

The news has impacted hundreds of people involved with the Grand Slam according to Victoria Premier Daniel Andrews.

It is understood all play for Thursday’s six warm-up events on Melbourne Park was cancelled but Andrews says the Open, which starts on Monday, will go ahead as planned.

Everyone has to self-isolate until they produce a negative test – if a player tests positive then their Aussie Open dreams will be over.

Contract tracers were also searching through hotel CCTV for any breaches of protocol.

Andrews said: “There is a number of about 500, 600 people who are players and officials and others who are casual contacts.

“They will be isolating until they get a negative test and that work will be done (on Thursday).

“At this stage there is no impact on the tournament proper.

FRIDAY NIGHT POKER: Play against us to win a share of $5,500 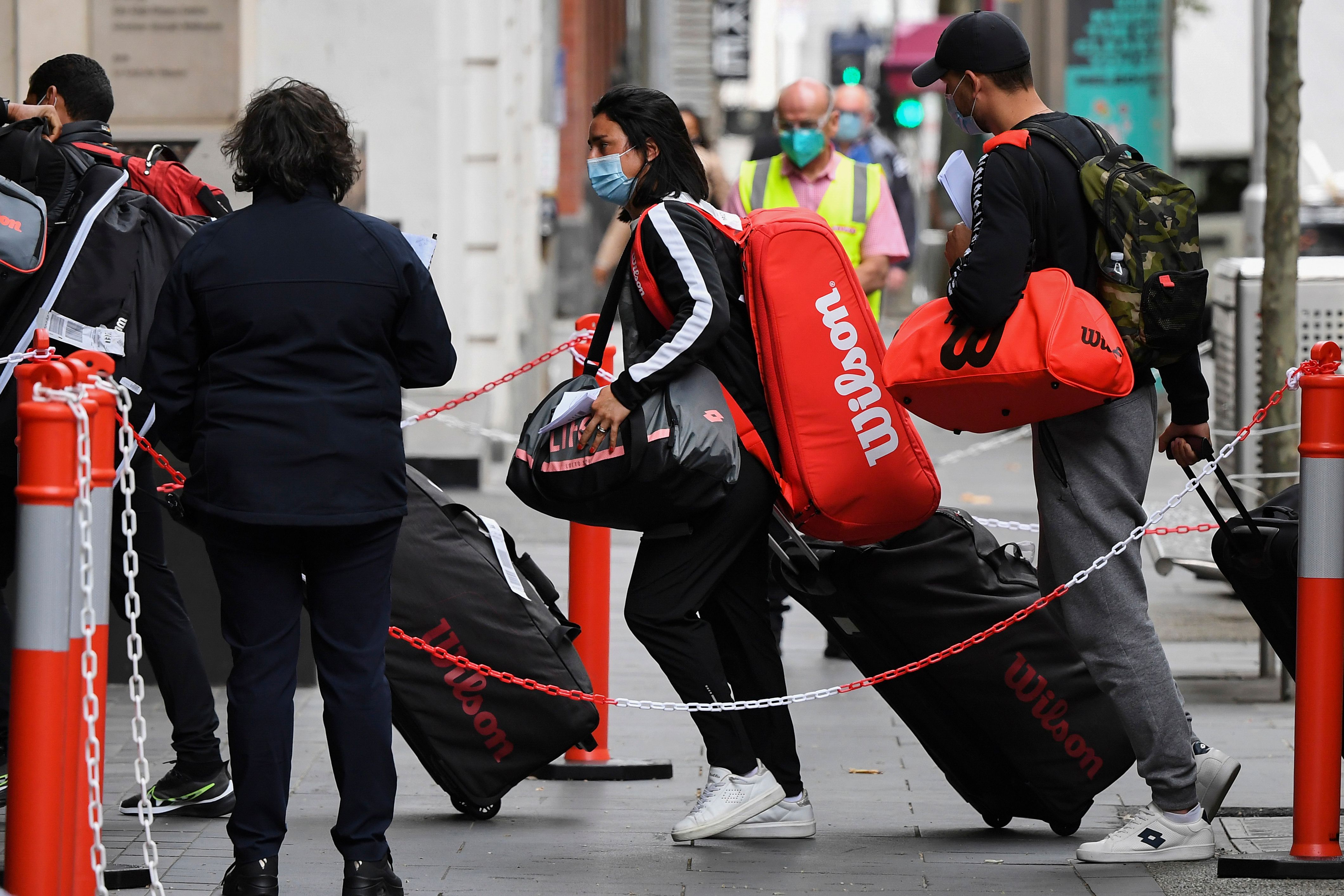 Up to 600 players, coaches and staff have to self-isolate after a hotel worker at Grand Hyatt developed coronavirus symptomsCredit: AFP or licensors

“I must say that is important to us but the issues are much broader and that is about public health and public safety.

“We all have to assume the international strain is, in effect, the UK strain.

“This thing is spreading so quickly. Through an abundance of caution we’re assuming the worst.”

The State of Victoria has reintroduced compulsory mask rules and reduced private gatherings to 15 people.

About 1,200 people connected to the Slam underwent two-week hotel quarantining upon arrival Down Under but 72 players were confined to their rooms for a solid fortnight.

A statement from the Australian Open said: “Health Authorities have advised us that a Hotel Quarantine worker has tested positive for COVID-19.

“Those associated with the AO who quarantined at the hotel now need to be tested and isolate until they receive a negative test result.

“We will work with everyone involved to facilitate testing as quickly as possible.

“There will be no matches at Melbourne Park on Thursday February 4, 2021. An update on the schedule for Friday will be announced.”

Cancellation of the action on Thursday was welcome news for Rafa Nadal, who had been complaining of a back injury during the ATP Cup.

The world No.2 was expected to miss the tie with Greece after saying he did not feel “well enough to play”.

Nonetheless, the injury means the Spaniard faces a race to be fit for the start of next week’s Aussie Open.