DAVID WARNER took a note out of the Cristiano Ronaldo playbook by removing Coca Cola bottles from his table during a press conference.

Ronaldo, 36, performed the stunt during Euro 2020 and caused the company’s share price to fall by $4billion. 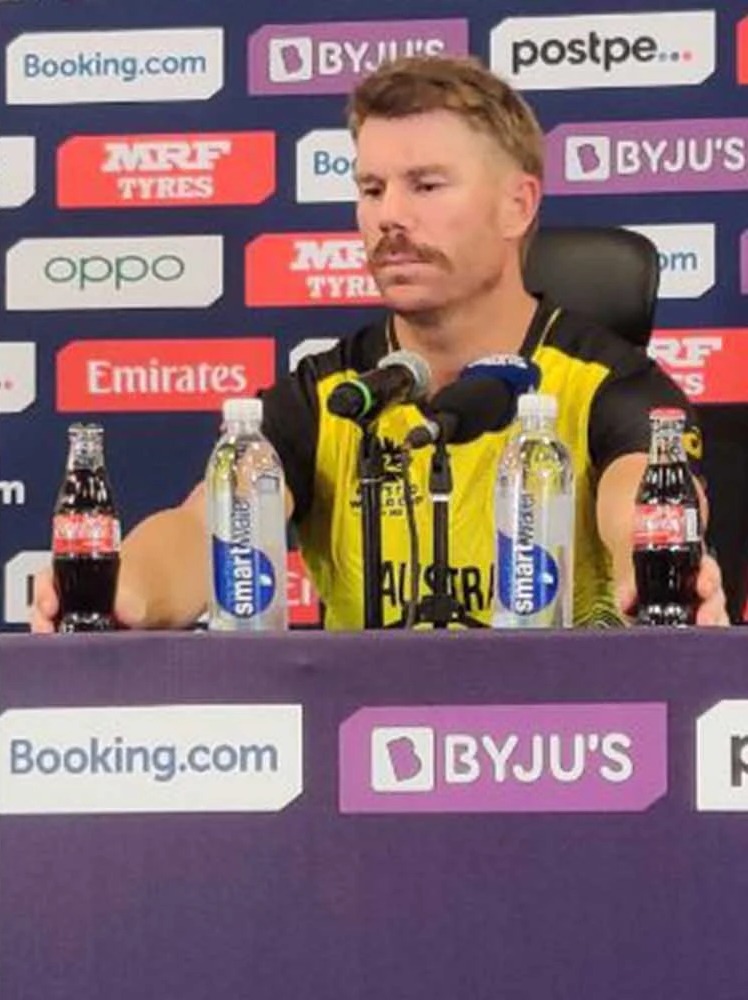 But Warner was asked to place his bottles back on the table before the questions from the press could commence.

The Australian, 35, made note of CR7’s anti-Coca Cola stance, saying: “If it is good for Cristiano Ronaldo, it is good for me,” as he removed the drinks.

And just like Ronaldo did last summer, Warner looked down at the bottles and gave a wry smile as he took them off the table.

The batsman was speaking after inspiring Australia to huge win over Sri Lanka in the T20 World Cup.

Warner returned to form with 65 from 42 balls just two days before the Aussies face England.

The opener’s innings helped Australia cruise to a seven-wicket victory with 18 balls remaining.

It means they join England and Pakistan as the only teams so far to have won two matches out of two in the Super 12s phase of the Twenty20 World Cup.

Warner had been in such poor form during the Indian Premier League that he was dropped by his Sunrisers Hyderabad franchise.

And he scored 0 and 1 in Australia’s two warm-up games and only 14 in their tournament opener against South Africa.

He was close to his best although he benefited from Sri Lankan wicketkeeper Kusal Perera dropping a dolly catch when Warner had scored 18.

Warner, 35 on Wednesday, said: “Everyone was talking about my form, which was not a thing I was worried about. It was about going out there and starting well. That’s all we’re trying to do – apply pressure to the bowlers.

“But it was great to spend some time in the middle, running between the wickets. Little things like that just keep your mind ticking. We haven’t played much cricket over the last six to 12 months so I haven’t been in those situations too often.

“Shutting the critics down? No, never. That’s the world of sport. When you ride the highs, you’ve got to ride the lows and stay confident, keep a smile on your face and never let it get to you.”

Now Warner and the Aussies will hope he can maintain his rediscovered form all the way through to the Ashes.

Sri Lanka made a flying start but wickets during the middle of their innings restricted their total to 154-6.

And, once Warner and captain Aaron Finch plundered 63-0 in the six-over powerplay, the result was never in doubt.

Finch said: “Davey played a beautiful knock. It’s always a great battle when we play England and we’re really looking forward to the game on Saturday.

“They’ve probably been the form side in white-ball cricket for a long time. We love playing them and it’ll be an entertaining game.” 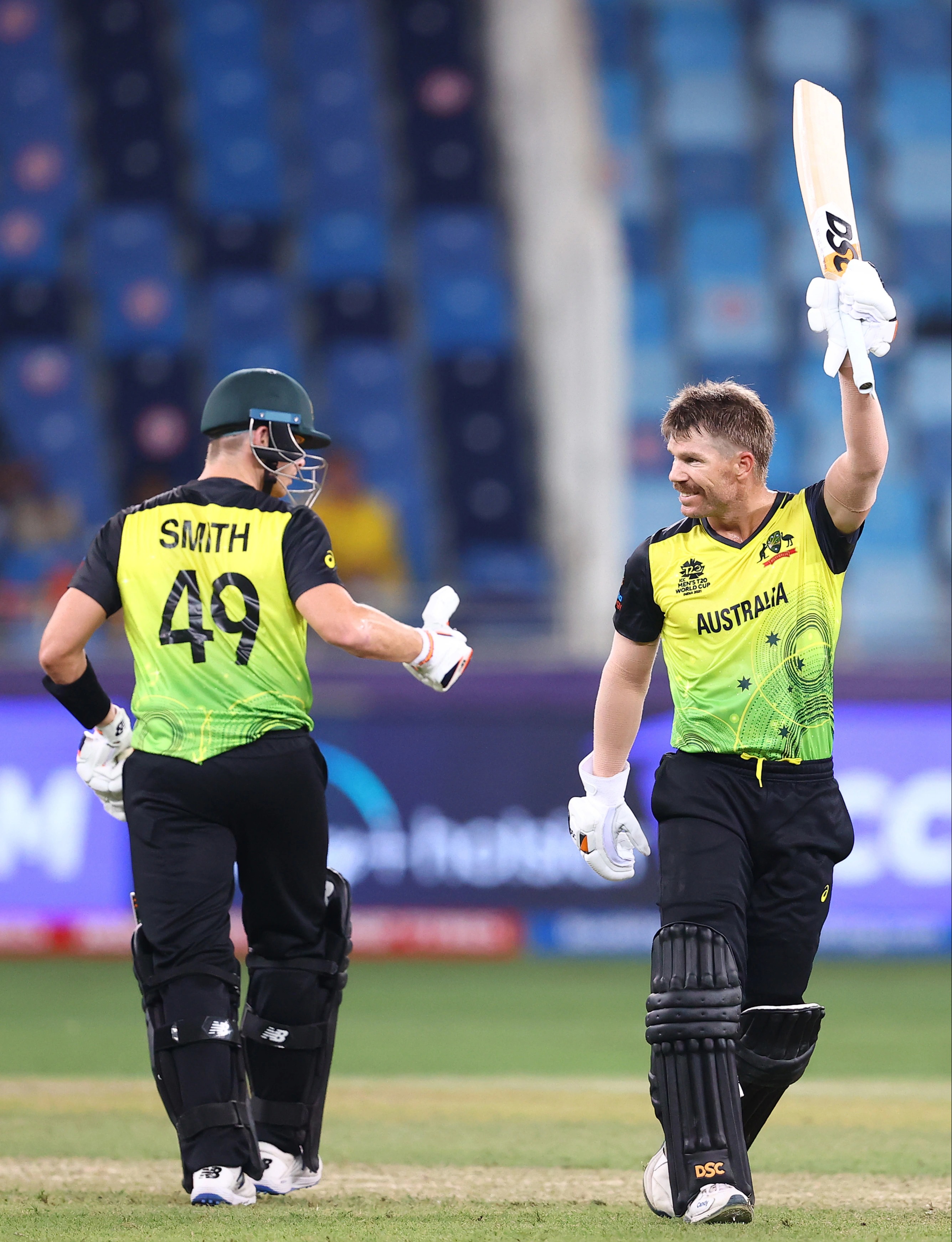 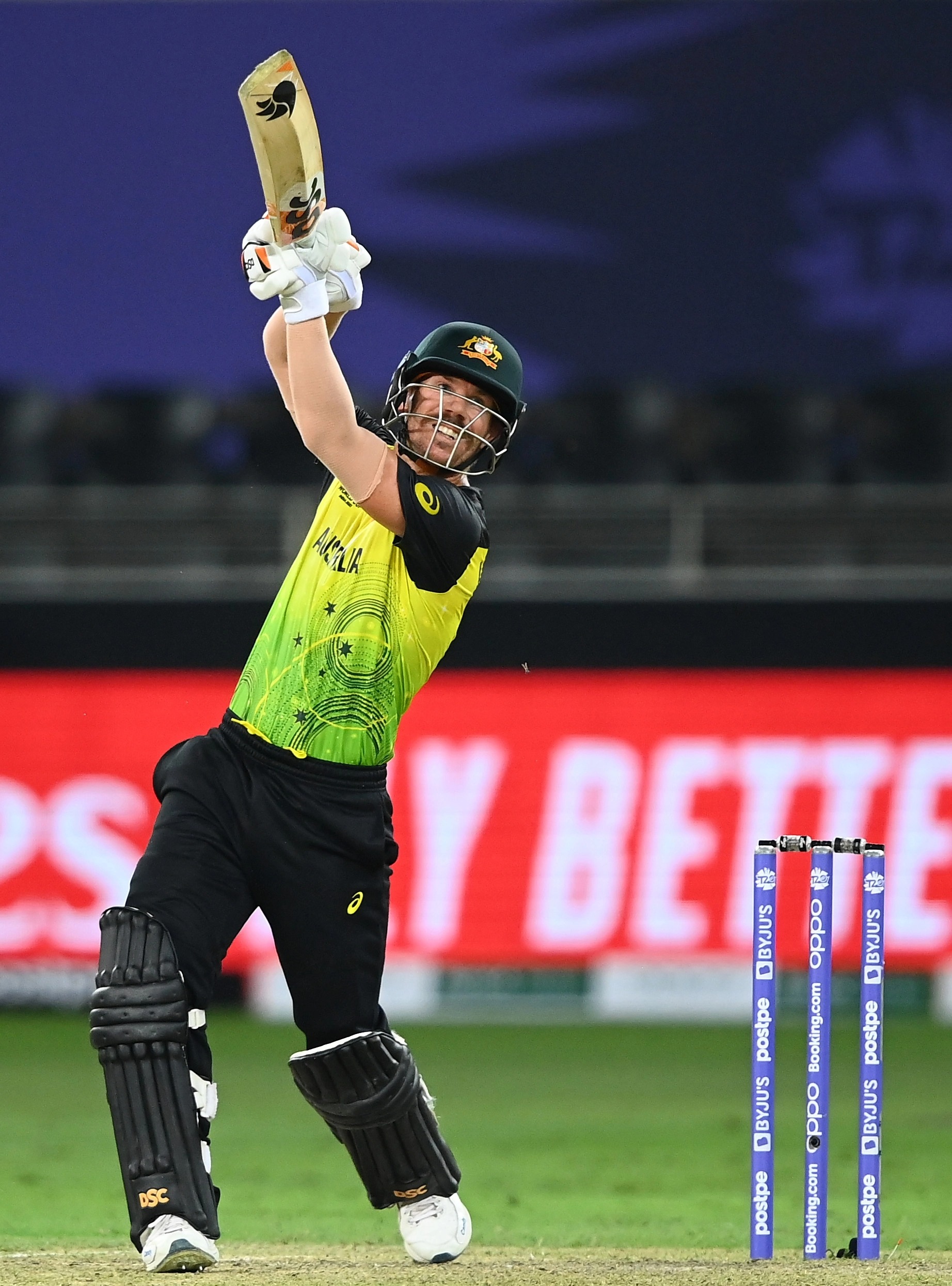 Warner returned to form after a highest score of 14 in his three previous T20 matchesCredit: Getty