EVEN before Nicolas Pepe’s reckless headbutt, Arsenal did nothing to shake the tag that they are deep in the midst of a creativity crisis.

And in Pierre-Emerick Aubameyang they have a captain who has gone from dead-cert to not-a-chance in front of goal. 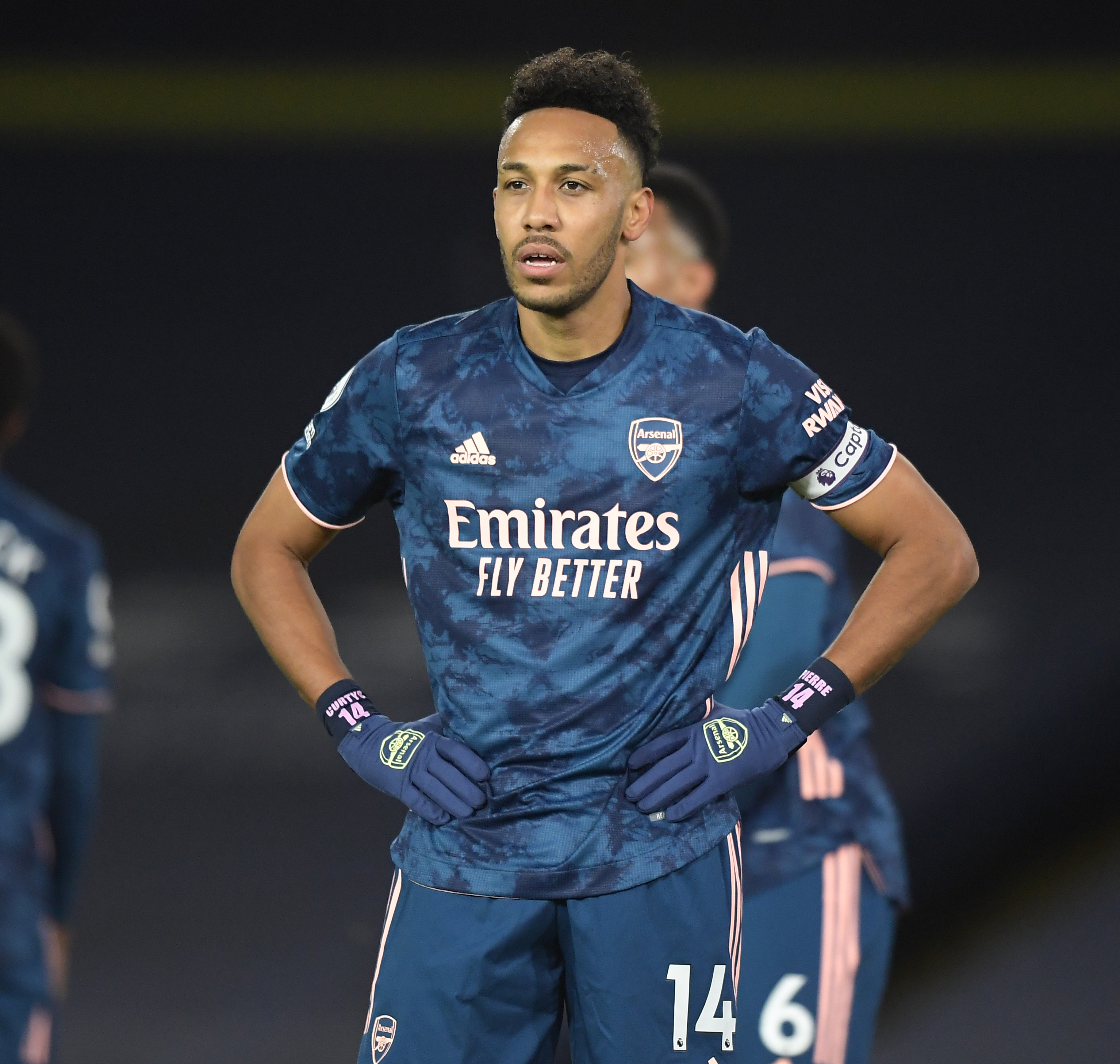 The Gabon ace was moved in from the left to play up top on his own at Leeds, with Alexandre Lacazette benched as Mikel Arteta went with four at the back.

Despite just two goals all season, he must have been licking his lips coming up against a defence that had shipped eight in the last two games.

But Aubameyang and Arsenal barely caused them to lift a finger as Marcelo Bielsa’s side battered the Gunners.

Chance after chance was squandered in the first half and Aubameyang could have been afforded a rue smile at the scraps he was living off.

With Joe Willock in behind him and Willian and Nicolas Pepe on the flanks, the Gunners just could not get going.

Not that this is a new problem for Arsenal, who have mustered a feeble nine goals from nine games.

With Aubameyang’s pace and Leeds’ high line, fans can be forgiven for thinking the support cast behind would look to get him in behind at every opportunity.

But the reality was different as the North Londoners looked ponderous and devoid of inspiration long before Pepe was sent off for a headbutt on Ezgjan Alioski.

Aubameyang blazed well over from a decent position from the right of goal in the opening half, a shot of a man whose confidence looks shot to bits.

After scoring on the opening day at Fulham, the Arsenal skipper’s only goal was a penalty in the 1-0 at Manchester United.

The strike at Craven Cottage came three days before he signed a new three-year deal at the Emirates on a whopping £350,000-a-week.

And ever since it has been a struggle in front of goal for the 31-year-old, whose joy for football seems to be rapidly diminishing in this largely joyless side.