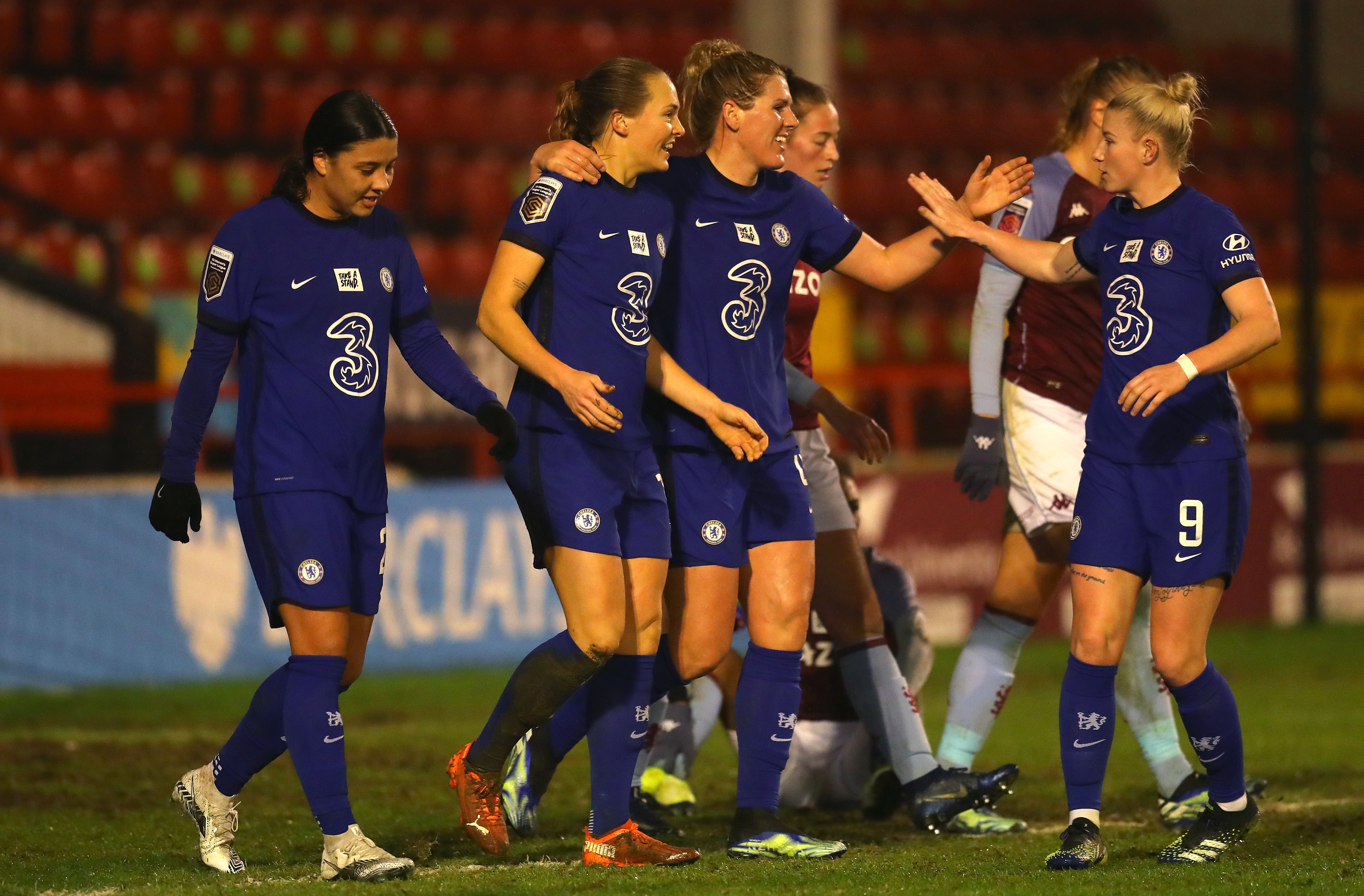 Chelsea now hold the record for the longest unbeaten streak in the WSLCredit: Getty Images – Getty 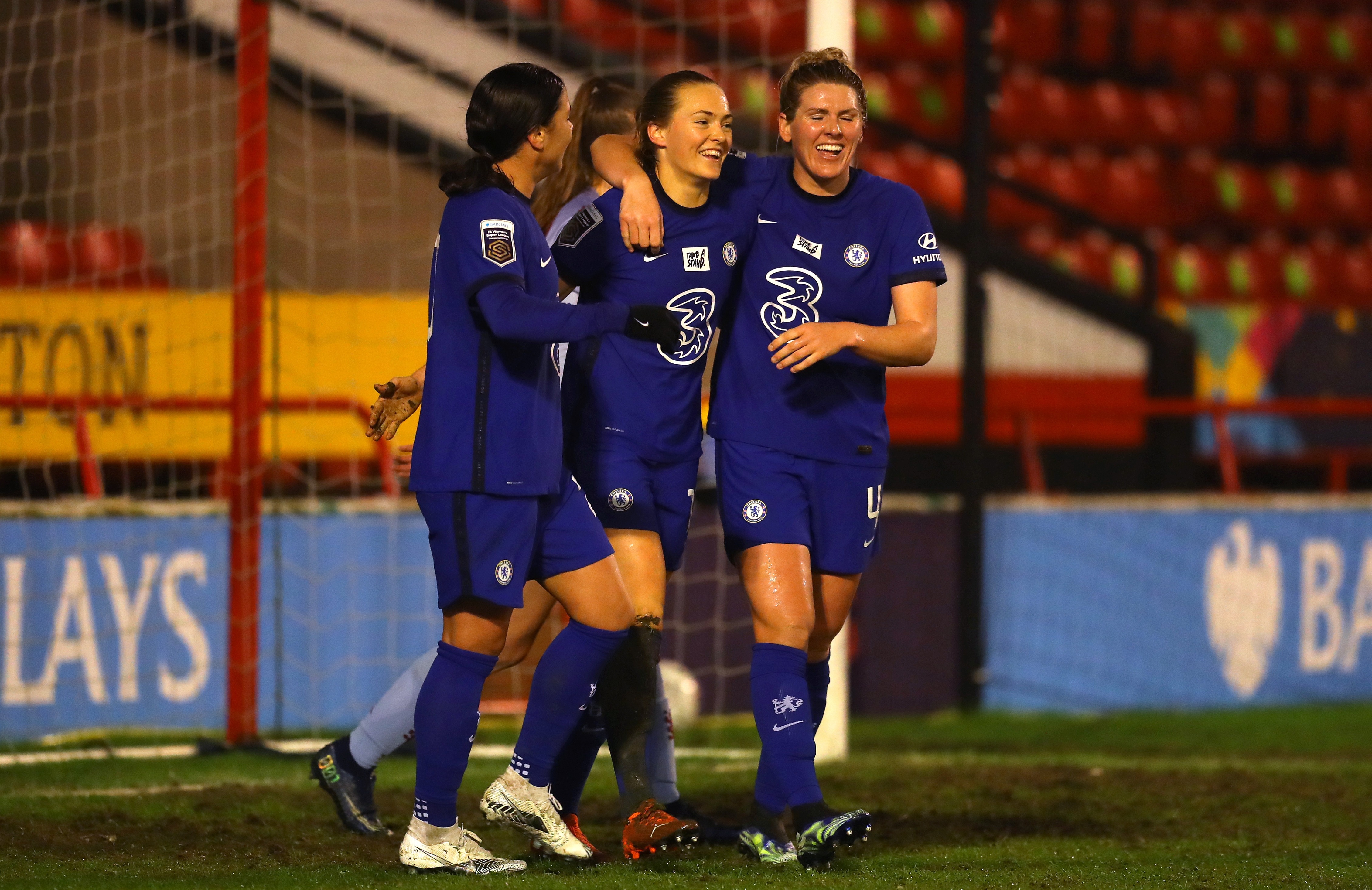 The WSL champs will be looking to continue their winning run when they play TottenhamCredit: Getty Images – Getty

Hayes said: “It’s not a trophy but what it is a record that shows just how consistent this team has been over the last couple of years.

“I think there is a reason we have been the champions and not just because of that record but because of the consistent levels in the performance.

“And that’s what happens when you have got such a great group of people.

“I represent a fantastic bunch who put a shift in. They work hard and I am very proud of all of them and everybody who works for the football club.

“I know it’s a big achievement but I learn with the highs and lows of winning and losing.

“You have to remove all the emotion from that and you have to constantly remind yourself of the daily processes you have to go through in order to get a win.”

Villa, playing their first game under interim gaffer Marcus Bignot, were looking to avoid conceding early as they had done against Reading and Man City previously.

But any hopes of this were blown away by Sam Kerr’s thunderous third-minute volley in off the crossbar to put the champs ahead. 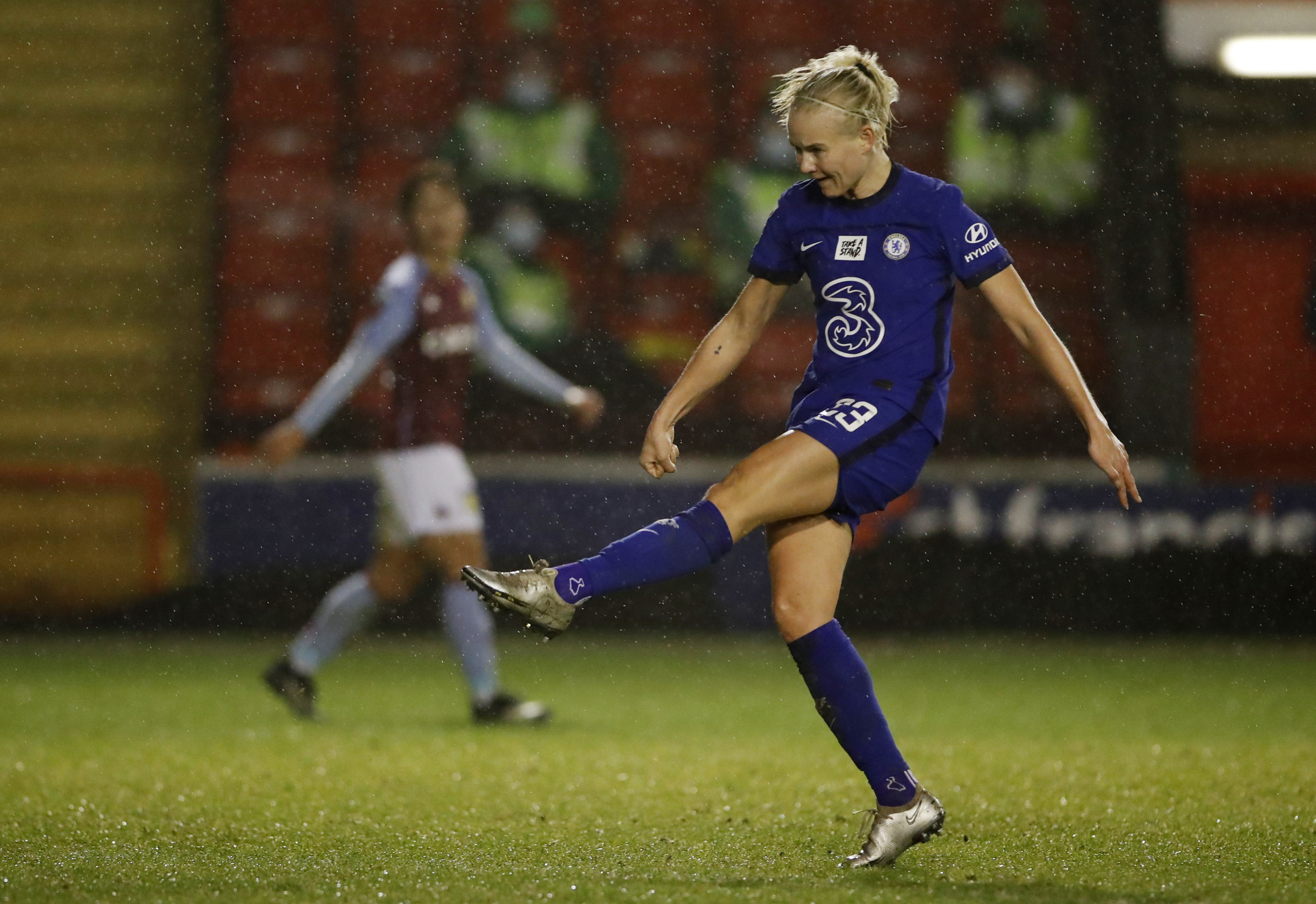 Pernille Harder was on target for Chelsea scoring their third goal against Aston VillaCredit: Reuters

And the visitors were on target again shortly after the half hour mark with Kerr turning provider for Beth England’s bullet header.

Villa, who had to battle to get forward, had a few attacking forays in the visitors’ half.

However, strikes from Pernille Harder and Magdalena Eriksson in the final 30 minutes wrapped things up for the Blues ahead of their derby clash with Tottenham on Sunday.

Chelsea’s record-breaking effort comes during a dramatic week for the club and two days after the sacking of men’s coach Frank Lampard.

And Hayes praised the efforts of the Blues ex-Prem boss who she believes has left a good foundation for new manager Thomas Tuchel.

Hayes added: “Look I have been at the football club a long time and I accept the nature of our business and I accept that results are of paramount importance and it’s always sad to see managers lose their jobs

“I’m sad for that reason and I’m equally excited to see Thomas. I admire his football and I’m looking forward to seeing how that is implemented. 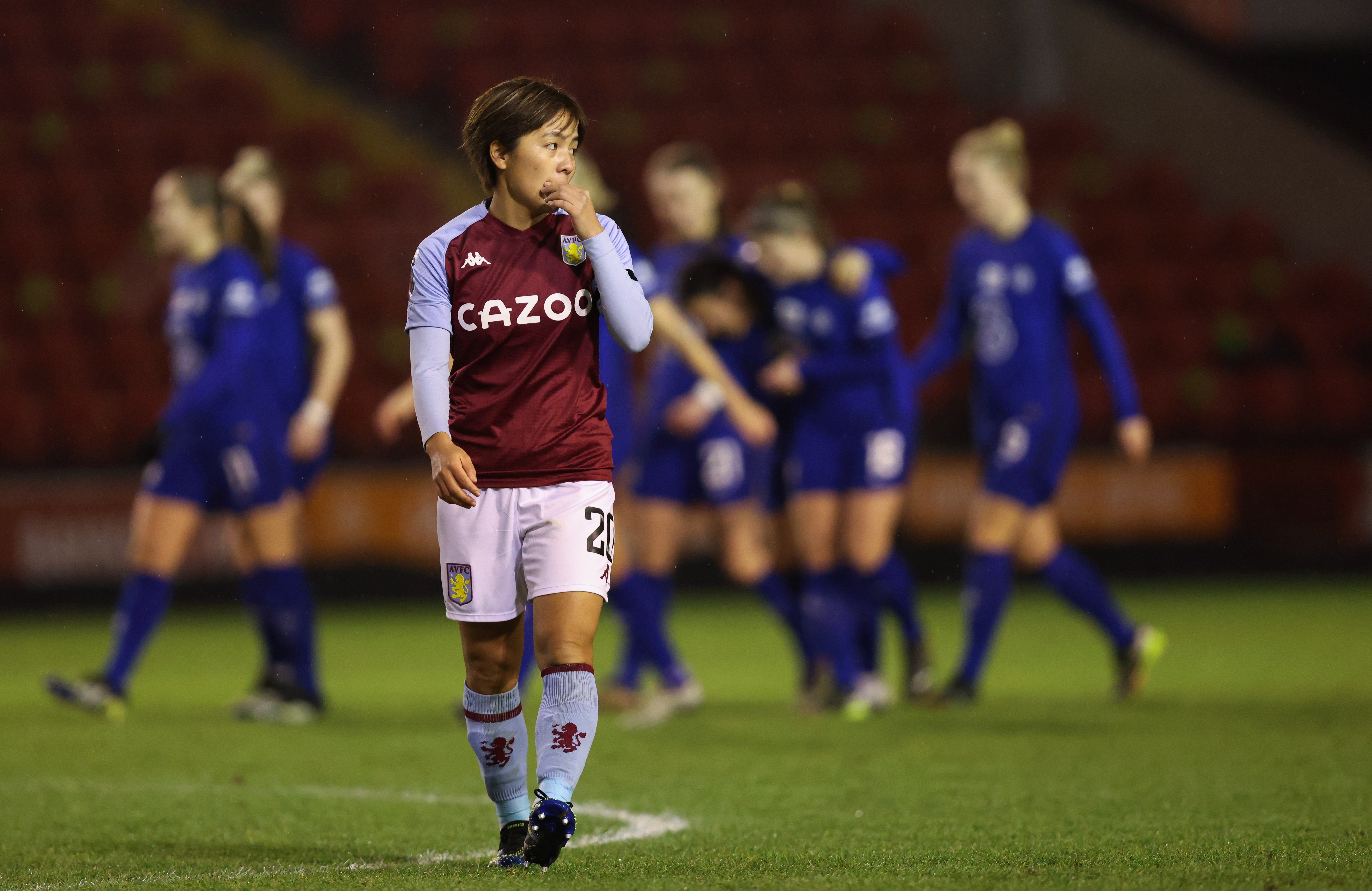 “I think Frank has left him a wonderful group to build upon.”

Aston Villa, who have lost three of their last four WSL games, face a tricky clash with another London side in Arsenal.

And Villa’s new manager Bignot said: “We need to understand our roles and responsibilities and bring some of that desire that we did show during periods of the game to Arsenal.”