HARRY MAGUIRE has taken more shots in the Premier League this season than Pierre-Emerick Aubameyang.

Just let that sink in… an old-fashioned centre-back has had more attempts on goal than one of the world’s top strikers. 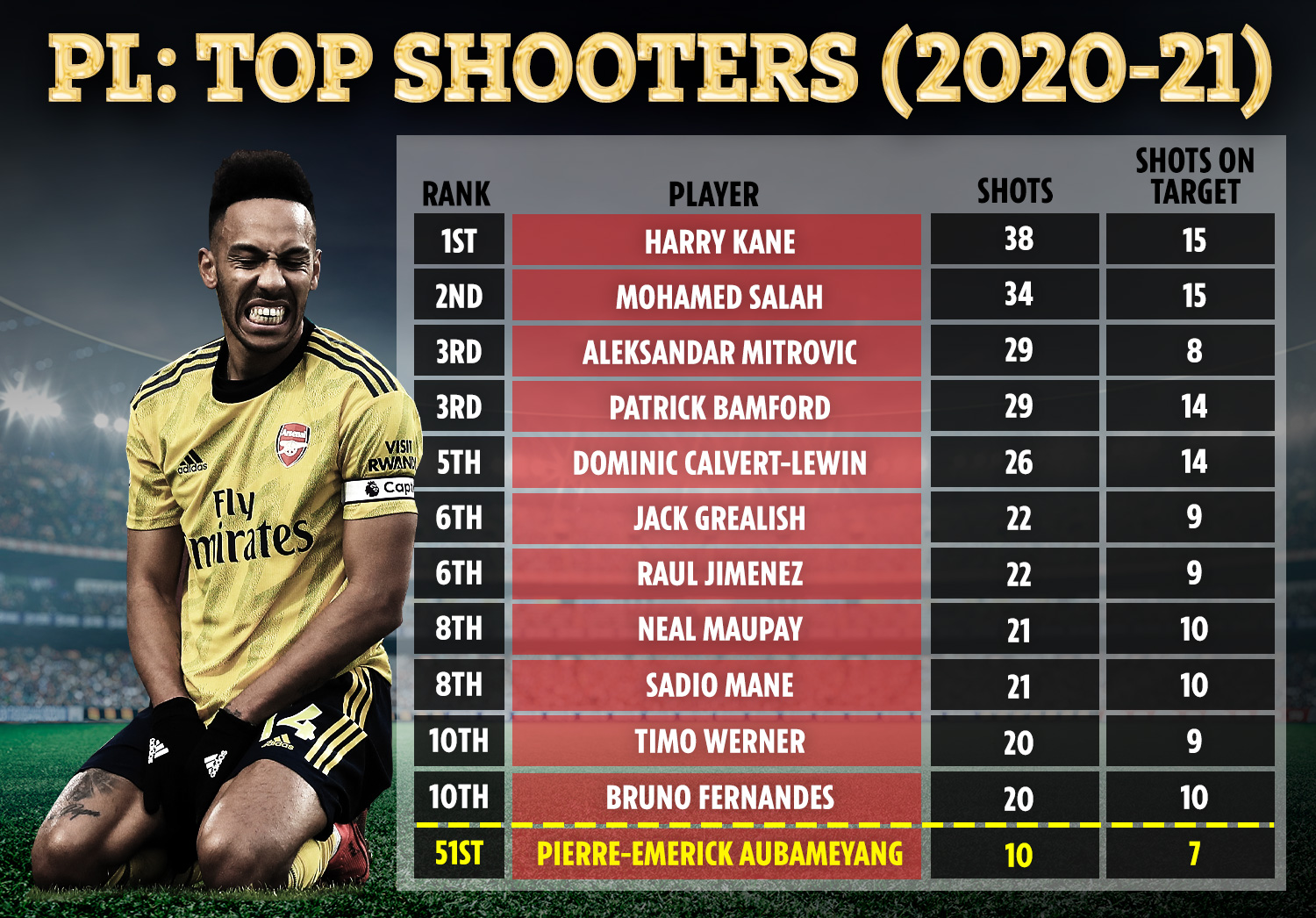 And it’s hardly from a small sample size either. Aubameyang has played eight times… once more than Maguire, in fact.

But this term, the Gabon star – who signed a new contract in the summer – has scored just twice in the league.

Through eight Premier League matches, Arsenal sit way down in 11th – most-recently having been thumped 3-0 at home to Aston Villa.

And the problem? Goals. Or lack thereof.

The Gunners have mustered just NINE goals in their eight games – and when you consider three of those came in their season opener against Fulham, that’s real cause for concern.

That means in their last seven matches, Arsenal have scored just six times.

And there are a variety of factors to blame. 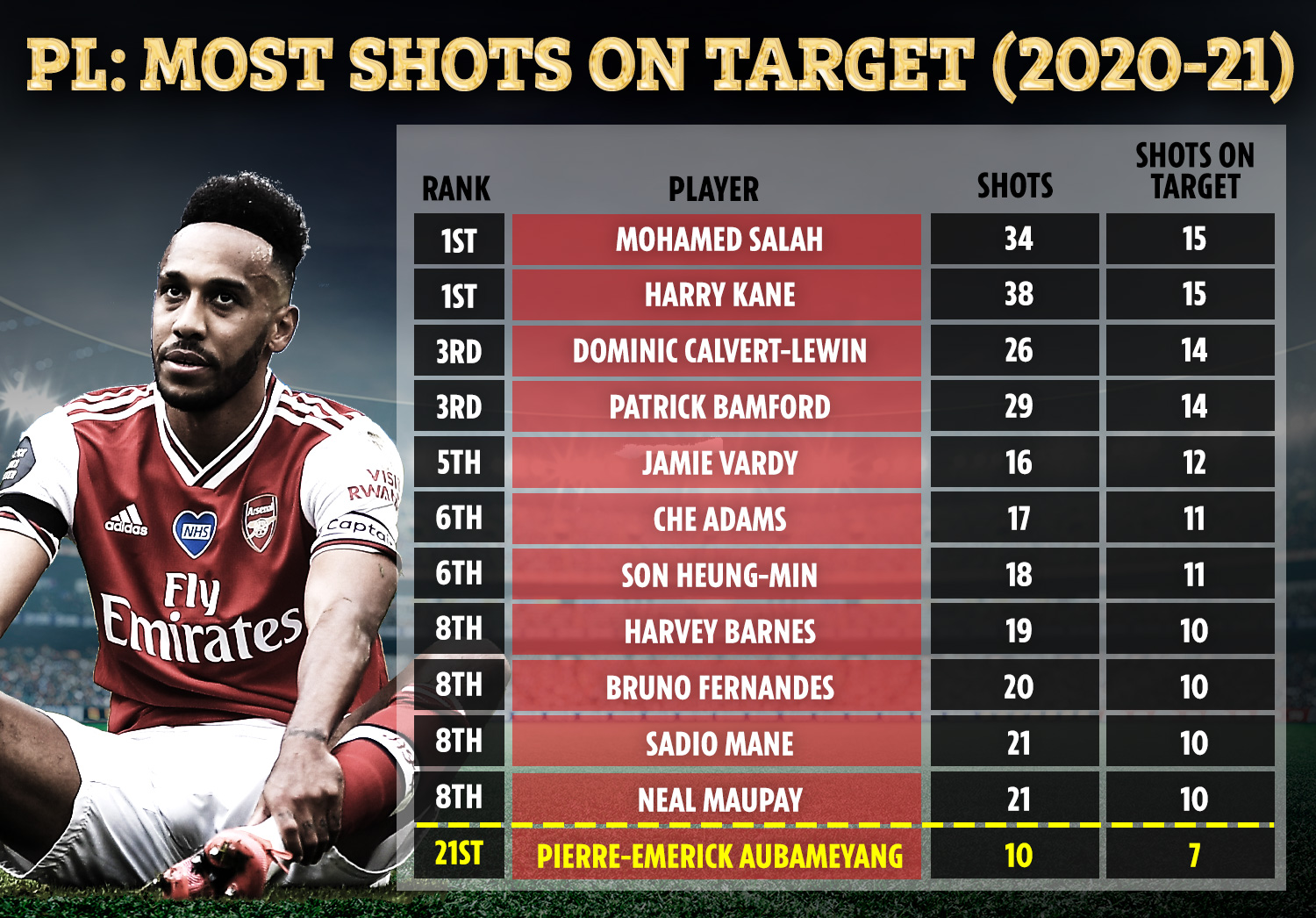 Aubameyang is slightly higher in terms of shots on target, in 21st

The Arsenal captain has taken just TEN shots this season – the 51st highest tally in the league.

And the league-leader in shots taken, Tottenham star Harry Kane, has fired off 38 shots – nearly four times as many as his North London rival.

But, of course, that’s not all Aubameyang’s fault.

He has often been shunted out onto the left-wing – not his natural position.

And then there’s the issue of service.

Arsenal clearly lack a creative spark, which has led pundits such as Ian Wright to demand they sign Houssem Aouar – a failed summer target – in January.

Thomas Partey has certainly helped plug a gap since his arrival, but he’s not a creative, attacking force – instead more of a box-to-box dynamo. 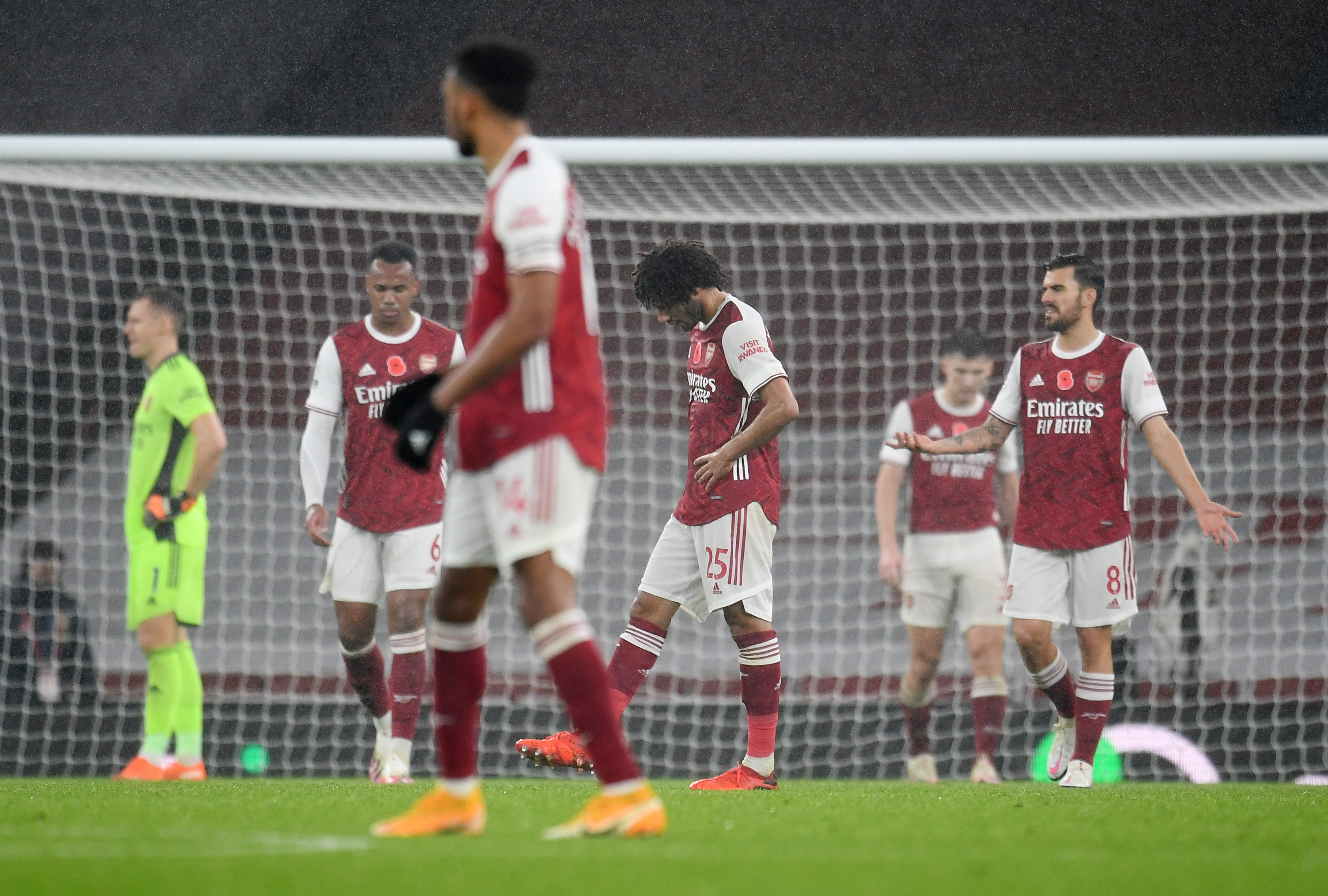 Aubameyang needs better service from his midfielders to get his shot offCredit: Reuters 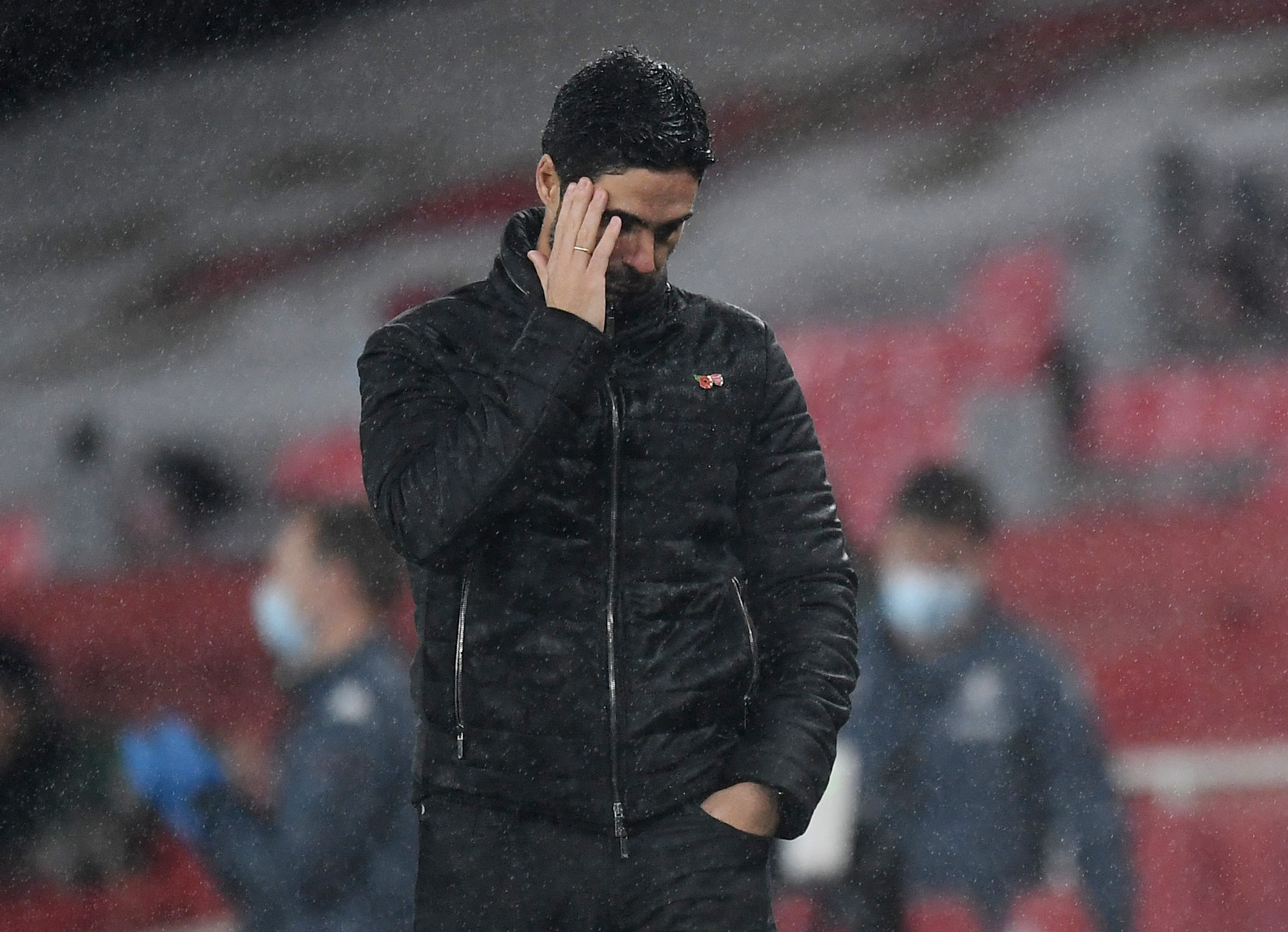 Mikel Arteta’s side are languishing in 11th in the Premier League with goals hard to come byCredit: Reuters

The Gunners need a playmaker in the heart of their midfield to get Aubameyang into the game.

But the fault cannot solely lie at the feet of the midfielders.

Versatile team-mate Bukayo Saka – who has played left-back, left-wing and centre-mid in his young career – has still taken more shots than Aubameyang this season, with 12.

More frustrating yet for Gooners, Aubameyang has proven to be accurate when he does get his shot off.

Of his ten efforts, seven have been on target – the 21st highest tally in the Premier League – and two of those have resulted in goals.

So Aubameyang’s shooting accuracy is a sky-high 70 per cent and his conversion rate is a solid, if unspectacular, 20 per cent.

The skipper simply needs to get more shots off and the goals will come – both for him and for Arsenal.

While the service needs to improve, Aubameyang is experienced enough to know he must grab the bull by the horns and take the initiative.

If he doesn’t, it’s hard to see the Gunners creeping out of the bottom ten any time soon.