IT MAY not be like their mega clashes of the late 90s and early noughties but a win for either side in this Arsenal vs Manchester United clash could seriously boost their top-form chances.

For the loser, it could effectively end their season.

Cristiano Ronaldo scored twice in the reverse fixture to help United to a 3-2 winCredit: EPA 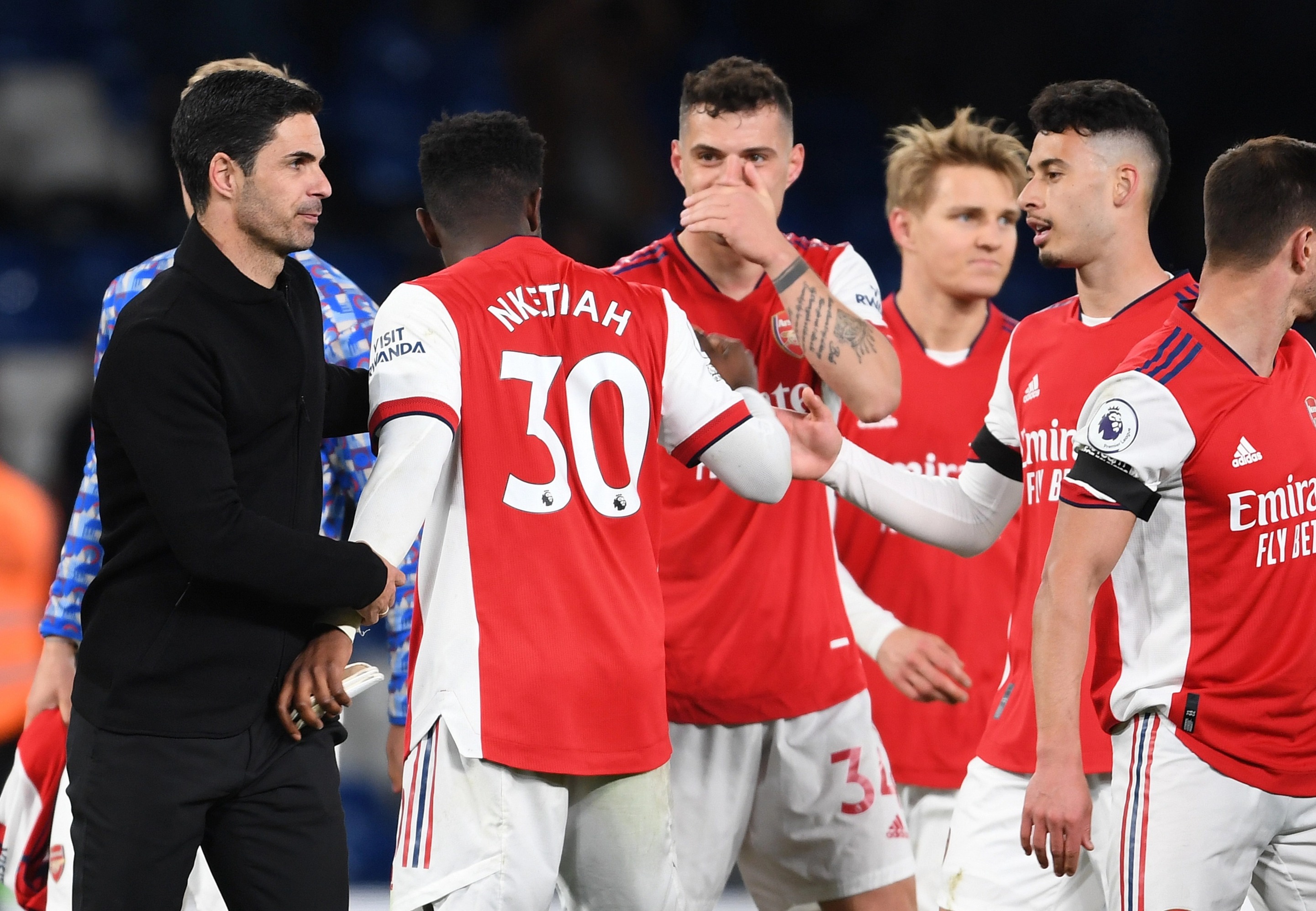 Mikel Arteta will want his side to repeat their performance from Wednesday nightCredit: Getty

The Red Devils head to the Emirates on Saturday lunchtime reeling from a 4-0 thumping at Liverpool after scraping past Norwich.

Whereas Arsenal stunned Chelsea 4-2 at Stamford Bridge – ending a bruising run of three defeats to Crystal Palace, Brighton and Southampton which looked to have derailed their season.

And it is that inconsistency from both sides that sees them chasing Tottenham for the final Champions League spot.

The hosts certainly are better placed to catch Antonio Conte’s side. 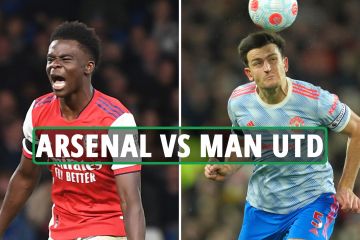 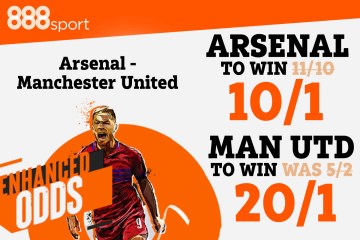 After all, they are level on points with Spurs and trail Harry Kane and Co by eight goals with six matches left – including a North London derby to come.

United, however, are three points further back, six goals worse off than Arsenal and have played an extra game already.

Saturday is a chance to prove those grovelling apologies after the pathetic Anfield drubbing were more than just hollow words.

And what greater motivation could they have than making an immediate impression for the incoming manager?

Erik ten Hag’s confirmation this week may give this underperforming squad the jolt they need to buck up their ideas and show a bit of the fight that will be on show across town at Wembley later on when Tyson Fury meets Dillian Whyte.

But on the evidence so far this season and in recent years, United fans should not hold their breath.

In a reverse of last weekend when Arsenal failed to capitalise on Spurs’ slip against Brighton, the Gunners play early with Tottenham facing Brentford in the evening kick-off.

Conte’s side know full well they may face the scoreboard pressure of being three points adrift of Arsenal come 5.30pm… even a draw would put them fifth – don’t underestimate the psychological impact that can have.

But what can we expect at the Emirates?

Arsenal – and in particular Eddie Nketiah – will of course be brimming with confidence but may be a little less sharp with less recovery time.

However, before Wednesday they had won one and lost six of their matches against the Big Six this term – including going down 3-2 at Old Trafford in December.

Cristiano Ronaldo scored twice that night but his involvement is unclear following the tragic death of his newborn son.

United know they simply cannot afford to lose and be six points adrift while a draw may keep Arsenal in contention if Spurs trip again. Or should we say when…