ARSENAL’S clash with Manchester City was DELAYED after the assistant referee was forced to be replaced just minutes before kick-off.

With the game set to get underway at 12:30pm GMT, it was announced as the players prepared to step out onto the pitch that a change in officiating had been confirmed.

Hatzidakis was withdrawn from the game at late noticeCredit: Getty 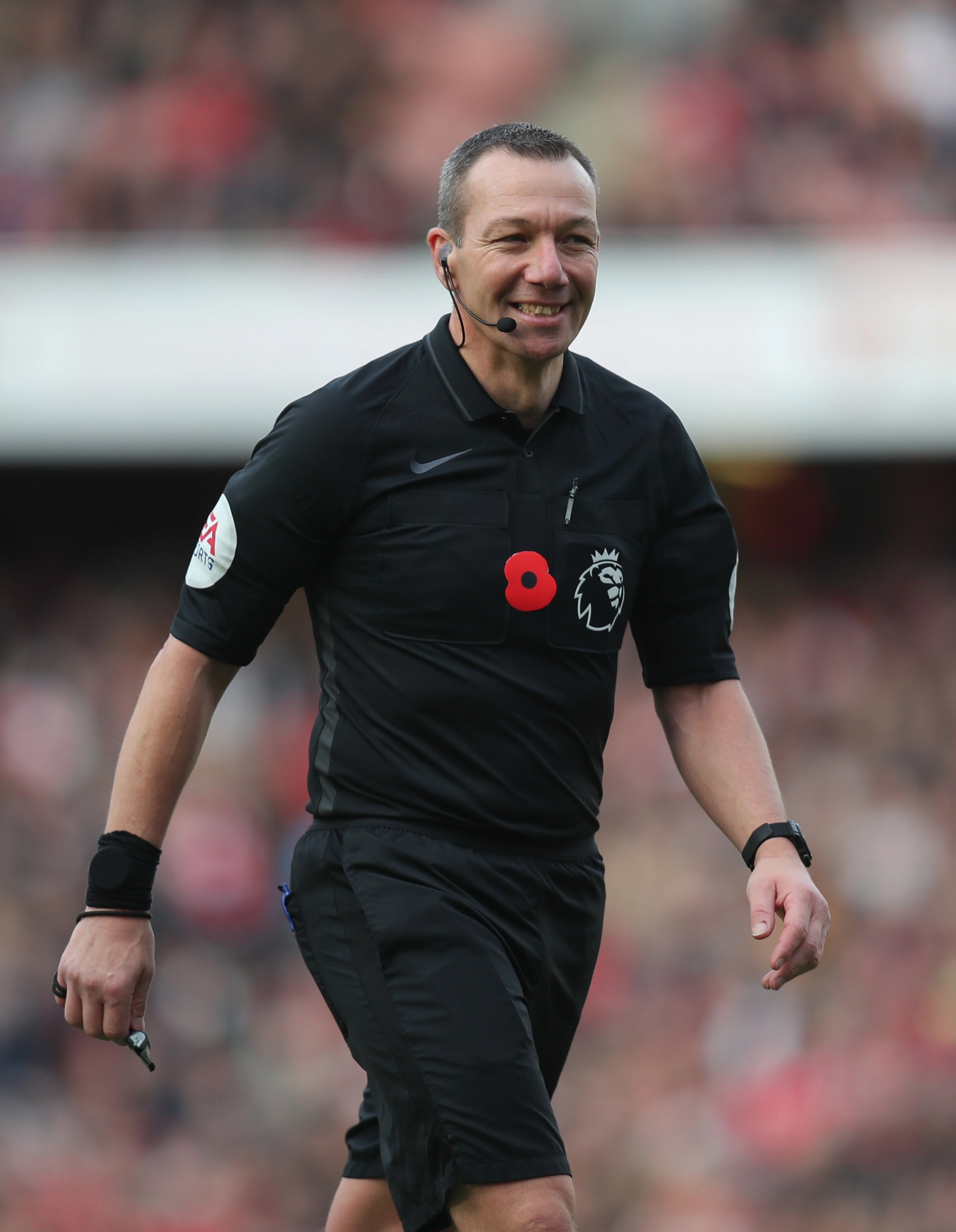 Friend has gone from being fourth official to running the line for the matchCredit: Getty

Assistant referee Constantine Hatzidakis – who was due to be one of the two linesmen – was replaced by fourth official Kevin Friend.

In turn, there was no fourth official present for the first 30 minutes of the game.

Friend is set to revert to his role as fourth official at half-time, with Neil Davis stepping in as assistant referee at the break.

And there was controversy early on in the match for the man in charge of the game – Stuart Attwell.

Martin Odegaard burst into the Man City box and tried to push the ball beyond keeper Ederson only to go down under a challenge from the Brazilian.

Attwell only signalled for a corner and the incident was then reviewed by VAR.

But it was deemed to be a fair sliding tackle from Ederson who seemed to get his foot to the ball.

Arsenal head into the game in the Champions League places having picked up maximum points from their last four Prem games.

Meanwhile, Pep Guardiola’s City have built up an impressive advantage in the title race with a sensational 10 league wins in a row.

If the visitors can win at the Emirates this afternoon they will extend their lead at the top of the table to 11 points.

Man City have not lost to Arsenal in the Premier League since they were beaten 2-1 at the Emirates in December 2015.

They have also not conceded a single goal against the Gunners in any of their last six league meetings.