ARSENAL were dealt a transfer blow when Wesley Fofana explained why he was pictured in a Gunners shirt.

Snaps emerged on social media with the Leicester defender, 20, in last season’s Arsenal home shirt as he holidayed in Dubai.

Wesley Fofana quashed suggestions of a transfer to Arsenal after being spotted in a Gunners shirtCredit: Reuters

Fofana, with his bleached blonde hair and short shorts, gave a thumbs up to the camera as the person he stood with held up a Foxes ‘Fofana 3’ shirt.

But any fans getting excited about a possible move to North London were quickly put back in their place as the centre-back quashed any rumours.

The injured Frenchman, close pals with Arsenal’s William Saliba, shared a written statement on Twitter which said: “OK mates. I have been tricked by some former friends wearing an Arsenal jersey.

“I played a football game (as coach I cannot run) with some friends and at the end we exchanged jerseys.

“I have been photographed in, what I thought, was my private sphere.

“I had obviously no thinking that what was a friendly game and joke will end up in social networks.

“I feel sorry for our fans and angry against the guys that have seized the opportunity to make this bad buzz.

“Sorry for all Arsenal friends, I have strictly no problem with the red but only the blue is in my heart.”

Due to Caglar Soyuncu’s injury woes, he was thrown straight into the first team under Brendan Rodgers and totalled 38 appearances across all competitions.

That included some while fasting for Ramadan before a fine performance at the heart of defence as Leicester won the FA Cup.

Surprisingly, he was overlooked for the PFA Young Player of the Year but did pick up the Foxes version of the award.

However, a hamstring pull suffered on the final day of the season ruled him out of the knockout rounds of France’s Under-21 Euros campaign.

Manchester United have also been linked with making a swoop for the young defender.

But Leicester have no intention or need to sell the rising star as Rodgers hopes to secure a top-four Premier League finish and go on a Europa League run. 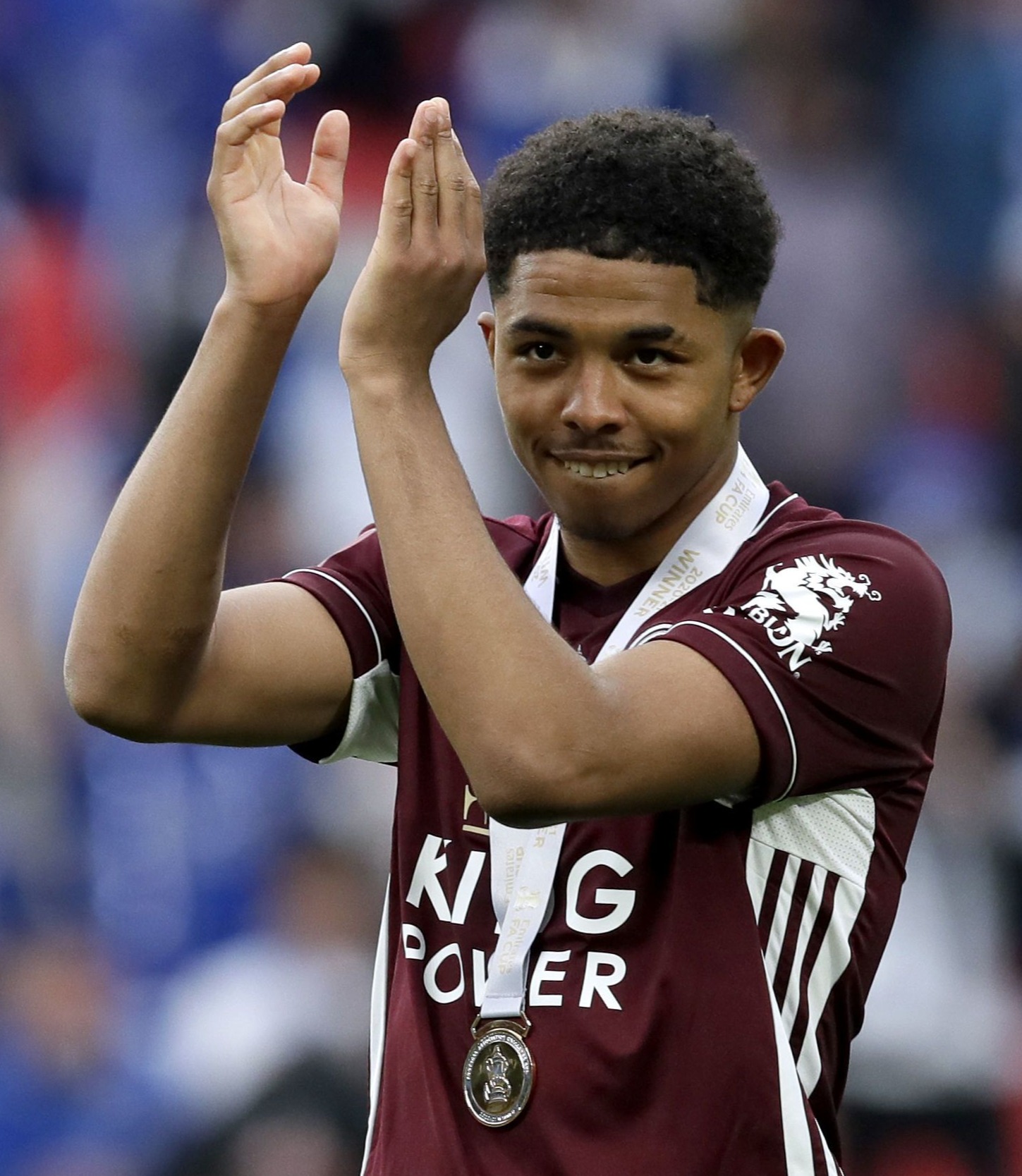 Leicester celebrate with the trophy after they win the FA Cup