LUCAS TORREIRA has finally ended his Arsenal hell by completing a move to Galatasaray.

Torreira spent last season on loan with Fiorentina where he wanted to remain following a successful spell in Italy.

Lucas Torreira has completed a move to Galatasary after months of speculation surrounding his futureCredit: AFP 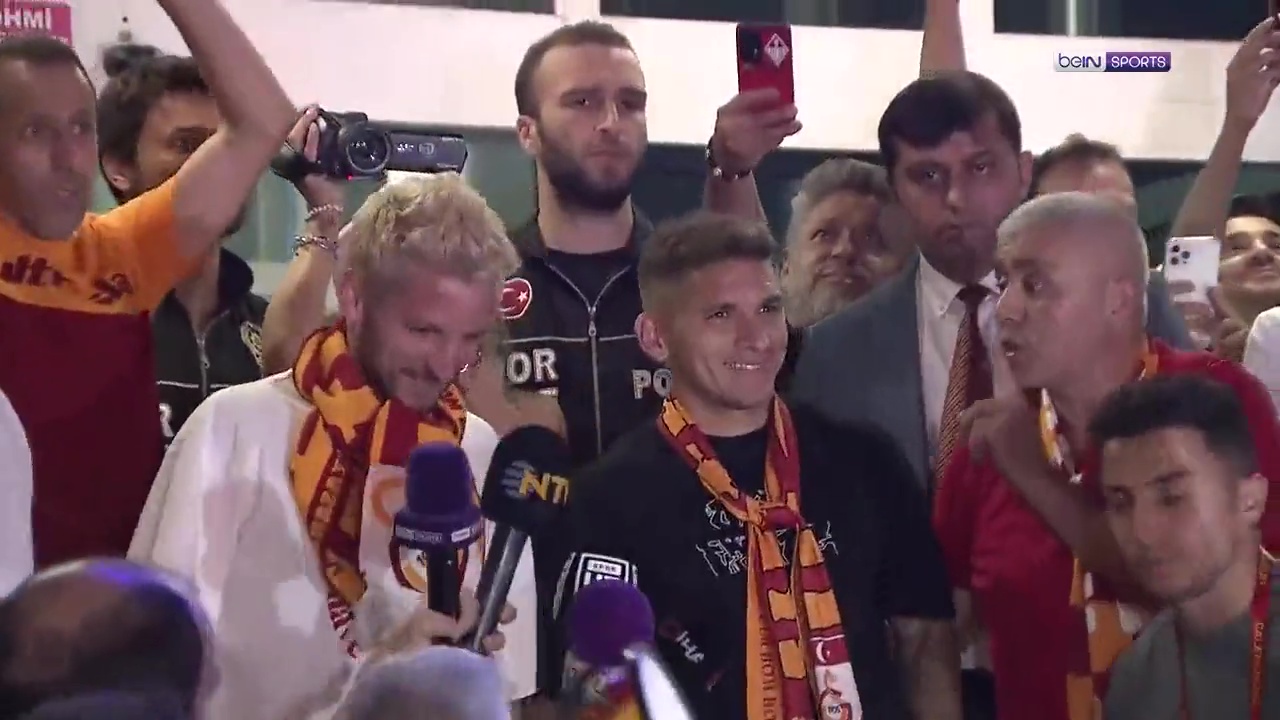 The midfielder was spotted in Instanbul draped in a Galatasaray scarf along with fellow new signing Dries MertensCredit: beINSPORTS @FabrizioRomano

But he was forced to return to the Emirates as the Serie A side failed to trigger his release clause due to a price disparity.

Nonetheless, the Uruguayan midfield rock made it clear there was no chance of him staying at Arsenal beyond the summer.

This led to Galatasaray making a swoop for the disgruntled midfielder.

He was poised to complete the move in early August after agreeing a three-year deal with the Super Lig titans.

But the transfer was thrown into chaos when Torreira allegedly refused to board the plane taking him to Turkey.

However, any doubts Torreira initially had have been cast aside as he was spotted at a Turkish airport draped in a Galatasaray scarf upon agreeing personal terms with the club, the Daily Mail reported.

And he’s set to be unveiled by the club this week once his medical is completed.

The Gunners have been appeased by the £5.5million Galatasary will pay them for Torreira, the report adds.

Torreira will be joined at the Nef Stadyumu by former Chelsea target Dries Mertens.

Mertens also jetted into Instanbul to complete his switch from Napoli to Galatasaray.

The Blues were keeping tabs on the striker, along with new signing Kalidou Koulibaly a few years ago.

But a move never materialised, and now Mertens is poised to pen a one-year contract with Galatasaray which includes the option to extend for another term, Football Italia reported.

The 35-year-old was also being chased by Juventus, Lazio, and Inter Milan, but opted to leave Italy as he didn’t want to play against Napoli with a rival team, it was added.