GRANIT XHAKA and Bernd Leno are among a string of Arsenal players set to leave this summer, reports say.

Xhaka has been a vital part of manager Mikel Arteta’s reign, playing as a central partner for Thomas Partey and also as a makeshift left-back. 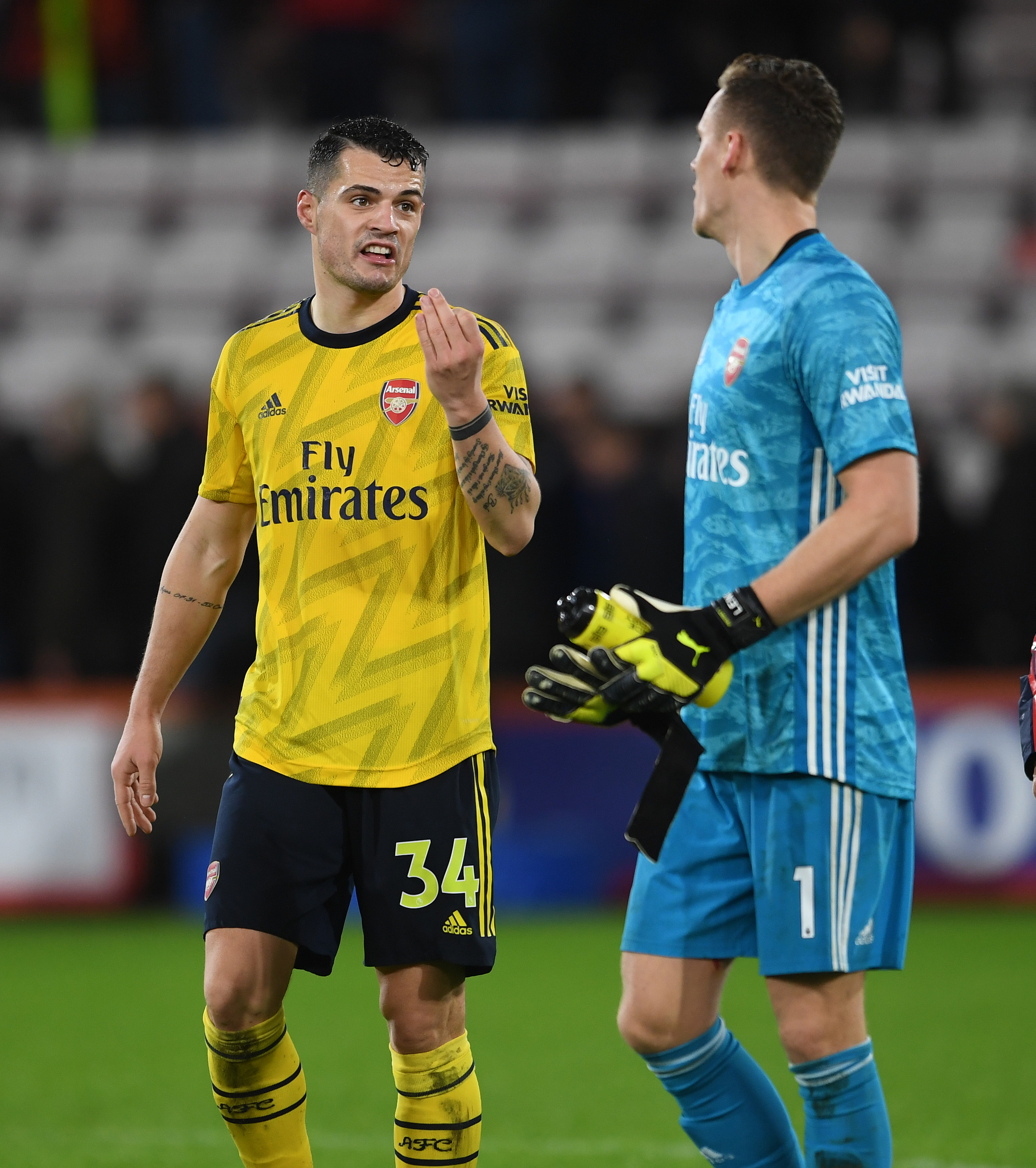 And keeper Leno has been the Gunners No1 since his arrival from Bayer Leverkusen in 2018.

But according to The Athletic, Arsenal staff are growing concerned the experienced pair will push for a transfer in the summer.

And it gets worse, with defender David Luiz, 34, and striker Alexandre Lacazette, 29, also facing uncertain futures.

Luiz, signed from Chelsea in 2019, has been in and out of Arteta’s starting 11 this season, having also battled injuries as his deal expires this summer.

But with William Saliba, 20, set to return from his successful loan with Nice, Arsenal are comfortable they will have a ready-made replacement at centre-back.

And should Lacazette, whose contract expires next summer, decide to also depart, the Gunners have strength in depth going forward.

But they would be forced into recruitment if ex-skipper Xhaka, 28, and stopper Leno, 29, leave.

Arteta’s decision to bring in goalkeeping coach Inaki Cana has also been questioned after his recommendation of back-up keeper Alex Runarsson.

Runarsson, 26, failed to impress when called up to replace Leno and the club later swooped for Mat Ryan, 29, on a free from Brighton.

The report also states Hector Bellerin, 26, and Willian, 32, are also ready to go.

Bellerin has faced a spell on the bench in recent weeks with growing speculation linking him with a move away.

And Willian, who joined from Chelsea on a free, has failed to hit the heights he once showed on the Blue side of London.

With only ONE goal this season, the Brazilian forward has been overlooked on either wing following the emergence of Arsenal’s young forwards.