CHARLIE GEORGE pauses — and you know something good is coming.

Something that captures the significance of the moment, 50 years ago this week, when he celebrated the goal that would win Arsenal the Double by lying on his back, arms aloft, on the Wembley turf. 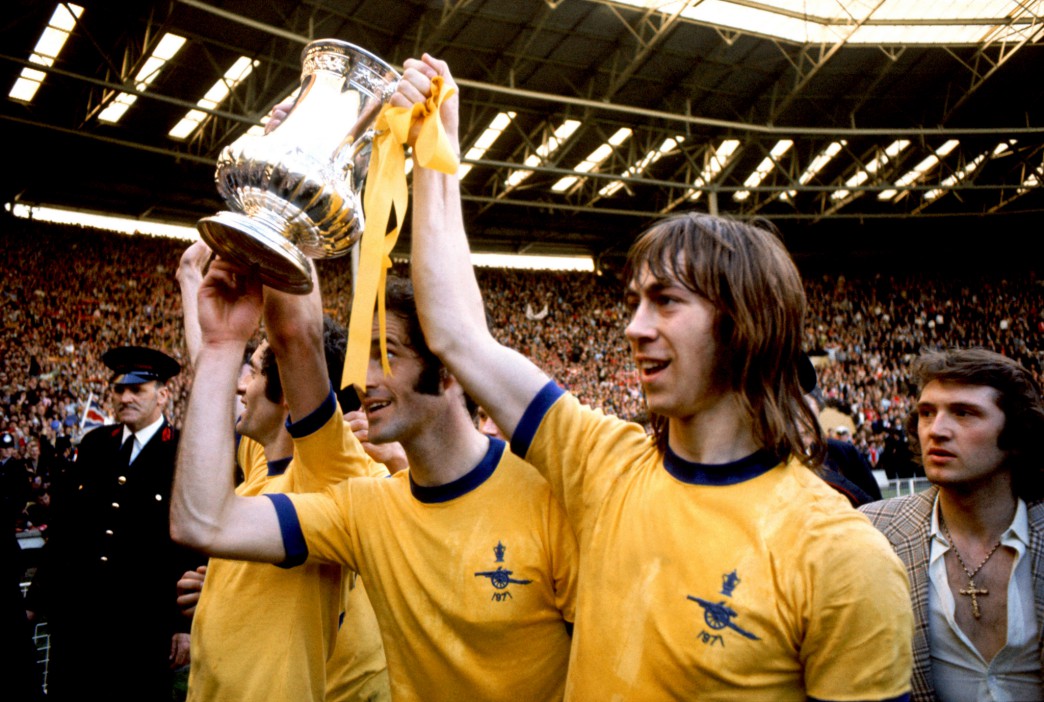 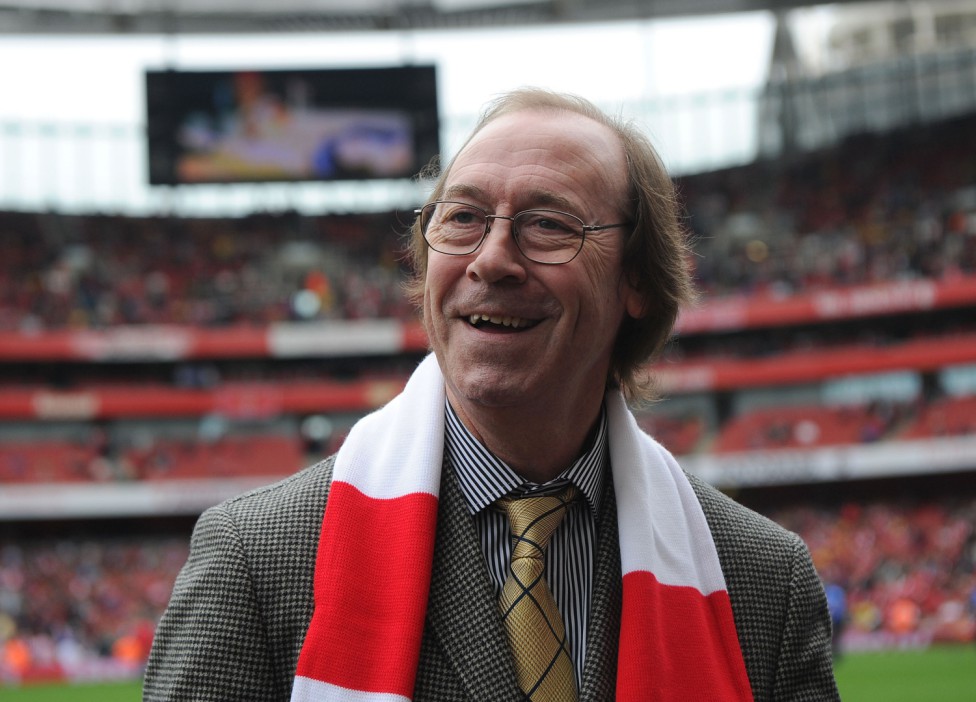 George chuckled: “People said, ‘Who do you think you are, Jesus Christ?’ .
“And I said, ‘On that Saturday afternoon, I was more important’.”

John Lennon once caused outrage by saying The Beatles were “more popular than Jesus”. And George was a rock ’n’ roll footballer with his long hair, his swagger and his anti-establishment attitude.

In the weeks, months and years after the 1971 FA Cup Final, kids from North London to Newcastle copied the celebration.

For young fans, it was the football equivalent of David Bowie’s seminal appearance on Top Of The Pops a year later — and George became a 1970s icon.

The man himself enjoys the pop-idol description. Now 70, George said: “Why not? I think it’s great. As a youngster, I loved all the Tamla Motown but the Rolling Stones were my favourites.

“And I scored the winning goal with my long hair. I didn’t know I was going to do it — it wasn’t planned. I just thought it was a great thing at the time.

What are you going to do? You’ve got to celebrate. Be different! I like to think I was different.”

George, the 20-year-old Islington boy turned superstar, was certainly different. But the celebration itself was actually the same one he had done earlier in the season. 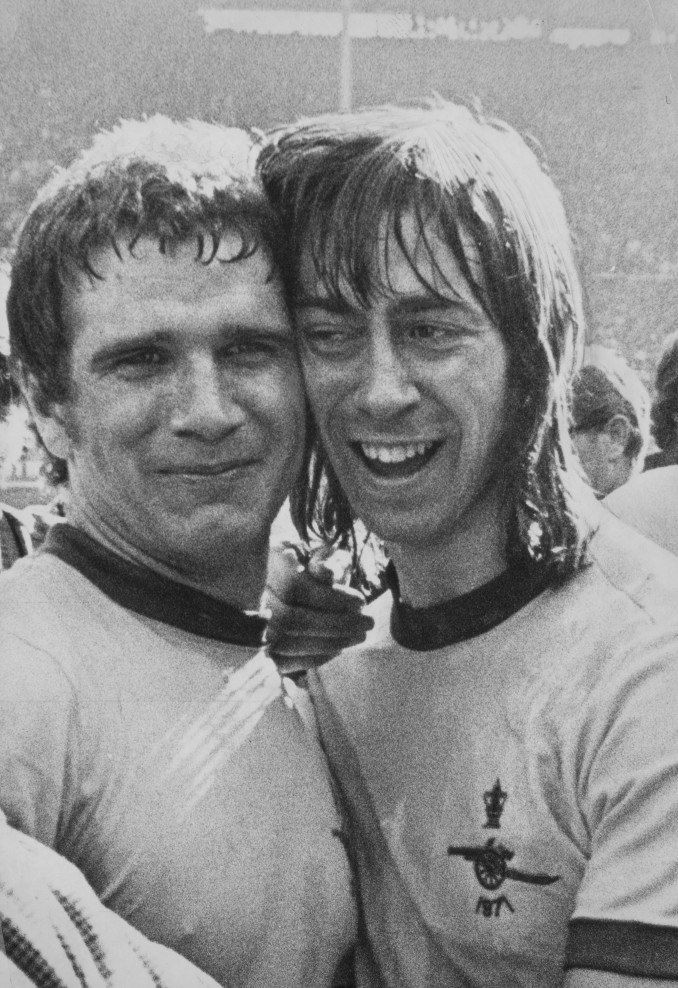 As he explains elsewhere, in the fourth-round FA Cup tie at Manchester City, he lay in the Maine Road mud with his arms out to celebrate the second of his two goals in a 2-1 victory.

But millions more were watching when George beat Liverpool keeper Ray Clemence with a thunderous 20-yard shot deep into extra time to earn Arsenal a 2-1 win and the League and Cup Double.

It was 0-0 after 90 minutes then Steve Heighway put Liverpool ahead. Gunners sub Eddie Kelly levelled before George’s rocket.

He said: “People thought the celebration was new. It wasn’t, I’d already done it

“I was the first to do it, I think. There’s been a few copied it after.” That includes grown men in the street, even years later.

George, who still has a role with the Gunners, said: “I used to go and watch all the away games. But since I’ve been working for Arsenal, I’ve not been to too many.

“We played up at Everton once and I was coming out of the stadium afterwards. A guy ran out and said [he puts on a Scouse accent], ‘Hey, Charlie George’.

“He started laying on the floor, which was  funny because he was an Everton fan and the Cup Final goal was against Liverpool.”

But it’s Arsenal fans who love, and still love, George the most. Because he was — and is — one of them.

He grew up barely a mile from Highbury with three older sisters. His brother-in-law Joe took him to his first game when he was only five.

George said: “I scored the winner not just for the club but for the fans, because I was one.  Just to play for the club was special for me.

To actually score the winning goal — every boy dreams of scoring a goal in the Cup Final — in front of a hundred thousand.

“You’ve got all your mates up on the terraces, all your family. At the final whistle, I had a few tears in my eyes.

“To win Arsenal’s first league and FA Cup for years, to do the Double when the last team to do it was that mob at White Hart Lane, was an unbelievable feeling. You can’t describe it.”

Well, you can — but it gets you into trouble. George once claimed the adulation from the Highbury faithful and that Double-winning moment were “better than sex”.

He said: “I remember saying that. My wife didn’t think it was too clever at the time.” 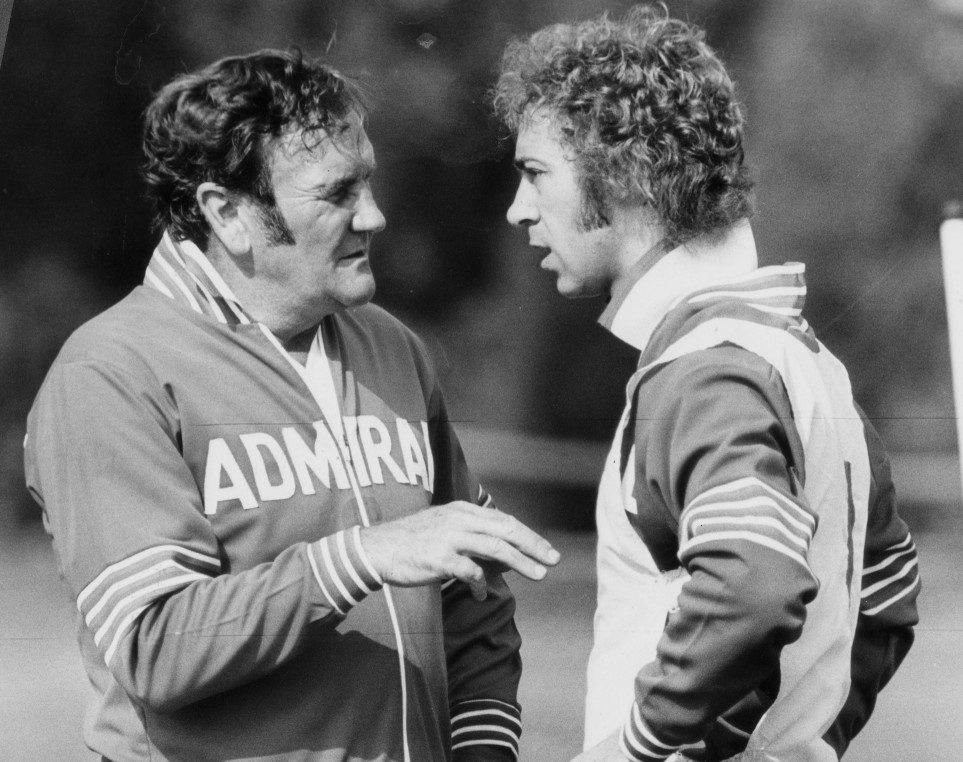 George married Susan Farge in December 1971. They had a daughter named Kaana, but later divorced.

His relationship with Arsenal has had its ups and downs, too.

He left to join Derby in 1975 after one too many rows with Bertie Mee, the Double-winning manager he describes as “an a***hole, a little man with a chip on his shoulder”.

But something changed that demonstrated his strength of feeling for the Gunners.

He said: “I was physically sick before most of my games for Arsenal.
“It was probably from the pressure of being a local lad, playing for the local team. When I went to Derby, it never happened.”

After his Rams spell, George went to the USA, Southampton, Hong Kong, Bournemouth and back to Derby.

He lives close to the Emirates — “six minutes in a car” — and during the pandemic, club staff have missed his regular visits to the offices or just listening to him guide starstruck fans around the stadium on a Legends tour.

But what he gave in those games, what he won with one of those goals and what he did to celebrate it are a permanent part of Arsenal and football folklore.

Before every match at the Emirates, George is there on the big screens, lying on his back at Wembley as part of the video montage.

And every single day, he is there for all to see on the giant mural of Arsenal greats that runs around the ground.

George said: “To be put in the bracket of some of the great, great players we’ve had is nice.

“To be put on the wall around the stadium is special. It’s fantastic.

“And that’s going to be there for a long while, hopefully . . . unless someone takes it down!”

The legend of Charlie George will live on for another 50 years and well beyond.