ARSENAL have been dealt a huge blow in their quest to sign Dominik Szoboszlai after Hungary boss Marco Rossi stated a switch to the Bundesliga is likely.

The Gunners have been heavily linked with a move for the Red Bull Salzburg midfielder in the winter transfer window. 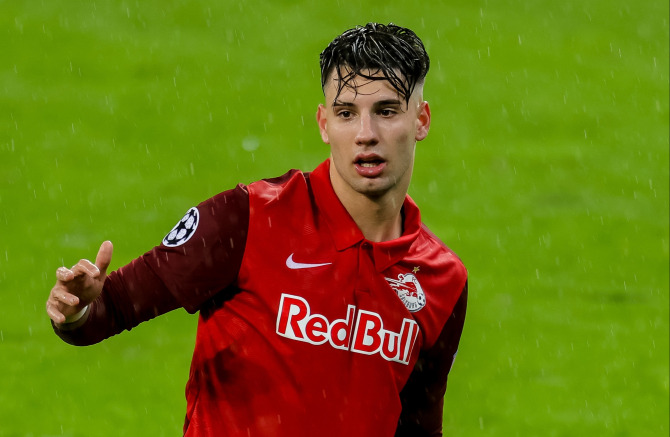 It has been claimed that the North Londoners have already held talks with the 20-year-old about bringing him to the Emirates.

Szoboszlai could be seen as a cheaper alternative to Lyon’s Houssem Aouar as he boasts just a £22.5million release clause in his contract.

And Arsenal fans have urged the club to secure his services following his dramatic European Championship final qualifier winner against Iceland.

Speaking after Hungary’s 2-1 win, boss Rossi was asked about Napoli’s interest in the player, but he insisted that a switch to Germany could be on the cards.

He told CalcioNapoli24 TV via CalcioMercato: “I’ve never talked to him about Napoli’s interest.

“I wouldn’t mind if he moved to Napoli in Italy, living in Pozzuoli I could see him more often.

“My feeling is that he is more likely to end up in Germany: he is ready to make the leap, going to the Bundesliga the pace is less long.

“The Austrian football of Salzburg is similar to that of the Bundesliga.

“Arriving in Italy would involve changes and periods of adaptation from a tactical point of view.”

As well as Arsenal, Real Madrid have also been touted as one possible destination for the talented youngster.

Szoboszlai has featured in 13 games for Salzburg in all competitions this campaign – chipping in with five goals and nine assists.