ARSENAL owner Stan Kroenke’s offer to pay their Uefa fine from his own pocket could leave the club with LESS money to spend this summer.

Kroenke, along with his fellow American owners at Liverpool and Manchester United, promised to meet the initial £1.44million European Super League fine – plus five per cent of the club’s next season of European cash earnings – from his personal funds. 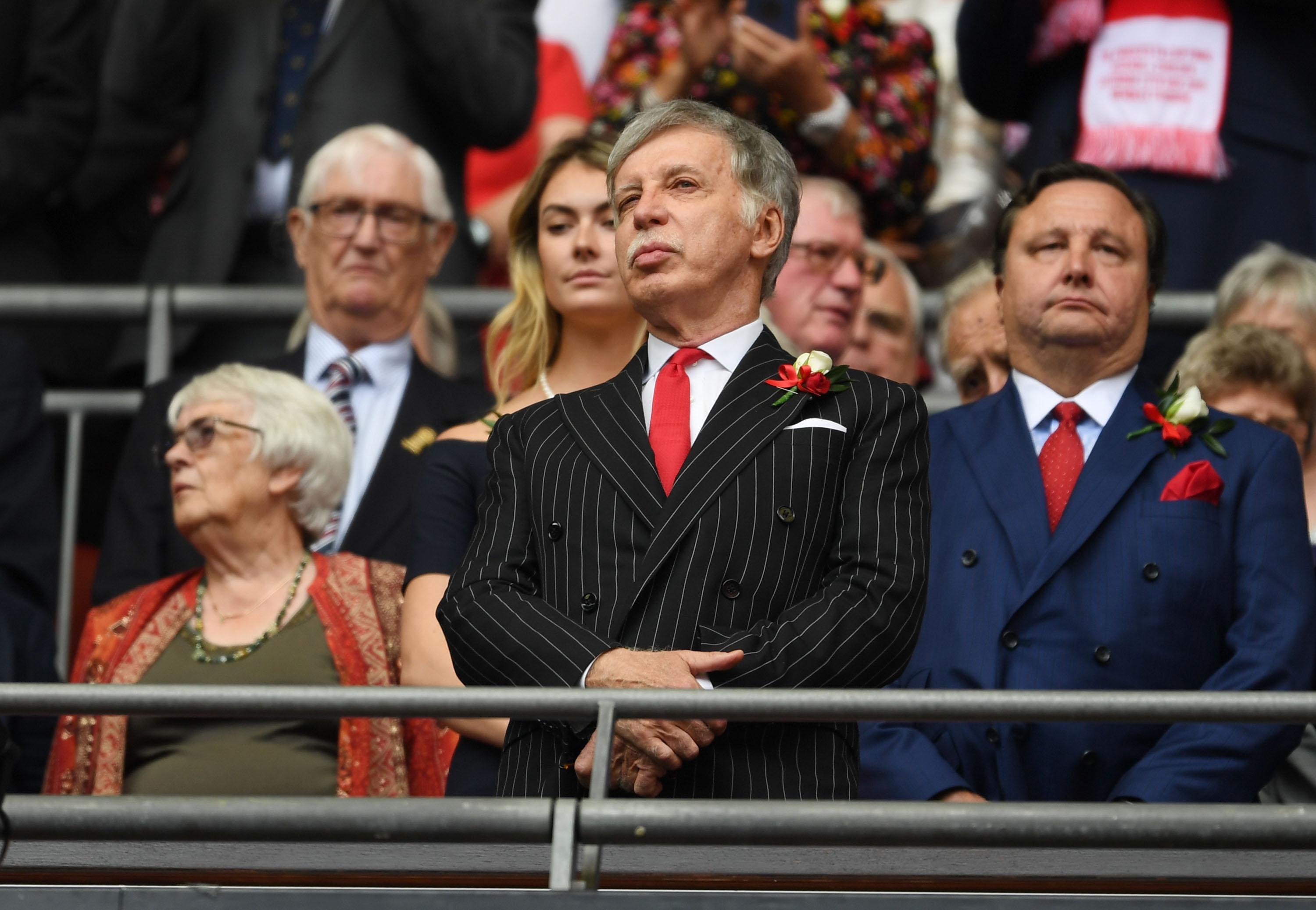 Stan Kroenke promised to meet the fin personally – but it could have an impact on the Gunners’ transfer kittyCredit: Getty

But finance specialists warned such payments would be deemed as “owner funding” in Financial Fair Play calculations.

One expert explained: “If Kroenke pays from his own funds, that is deemed an owner expense.

“It means Arsenal’s next income will be reduced and will have an impact on the amount they are allowed to spend on players.

“While the Arsenal fans may be welcoming his decision now, they might not be so impressed if they discover they will have less to spend on players as a direct result.”

The Premier League’s Big Six agreed to multi-million pound fines from Uefa – as a condition of being allowed back into European football.

Uefa chiefs confirmed they had agreed “reintegration measures” with the nine clubs – including Arsenal, Chelsea, Liverpool, Spurs, City and United – who recanted their attempts to lead the rebel breakaway.

As a condition of the deal, the nine – completed by AC Milan, Inter and Atletico Madrid – will share a slap on the wrist £13m “goodwill” payment to be ploughed into youth and grassroots football, including in the UK.

But all nine, who Uefa said had “acknowledged their mistake”, also agreed to give up five per cent of the money they would have received from Uefa for their next European campaign.

And they agreed they would face massive fines of £87m if they joined any future breakaway, or £43.5m if they merely committed to any such new league.

Any dent in Arsenal’s war chest will come as a blow to under-pressure manager Mikel Arteta.

The Spaniard has said the club need to spend big to catch their rivals after a disastrous season that sees them ninth in the table and out of Europe.

“It’s a trend, it’s years now that this has been happening.

“If the distance and the margins with the rest becomes too big, then it’s almost impossible to do it.

“I think we are still on time and we have put some very strong pillars and foundations in the last few months to do what we have to do. 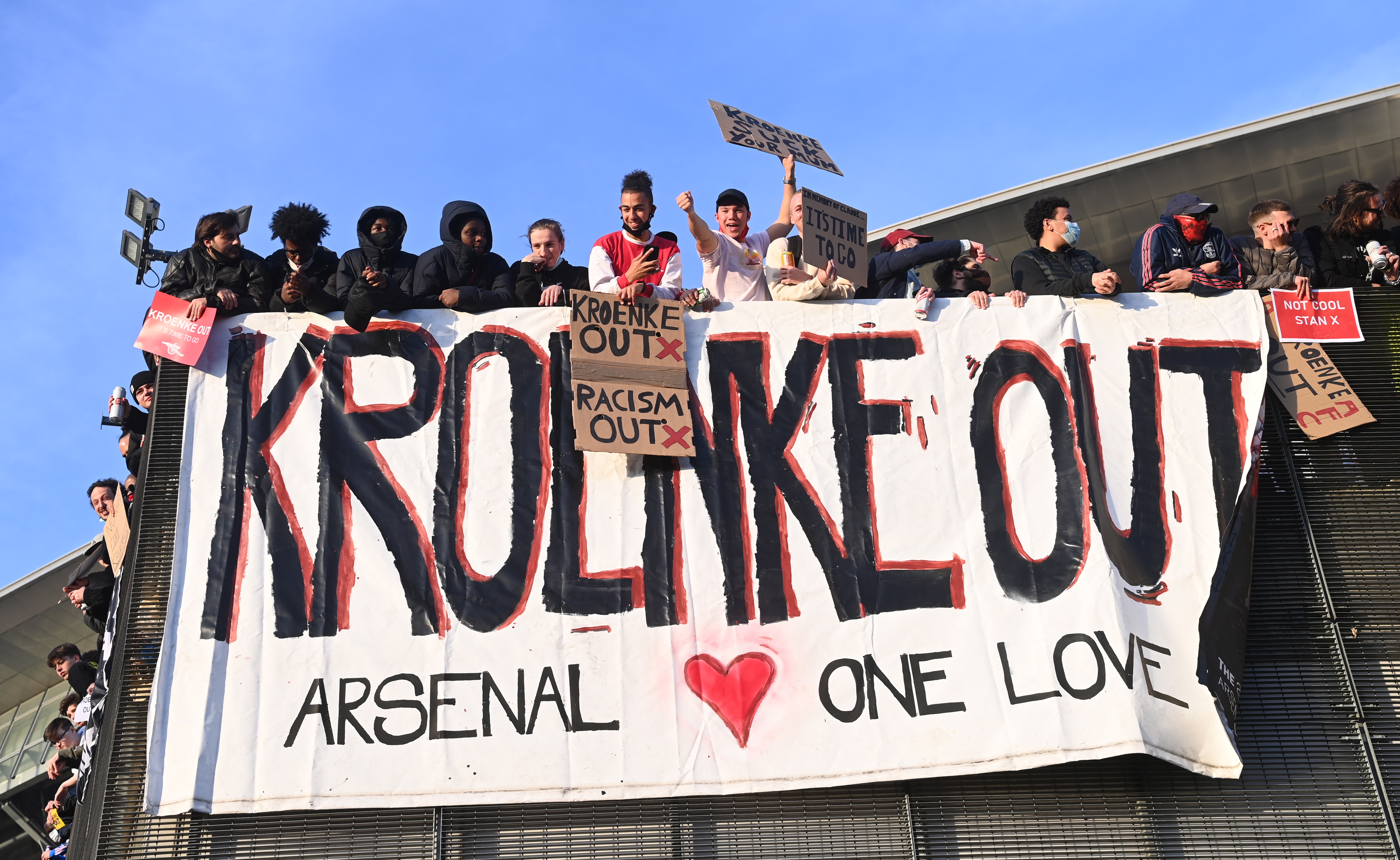 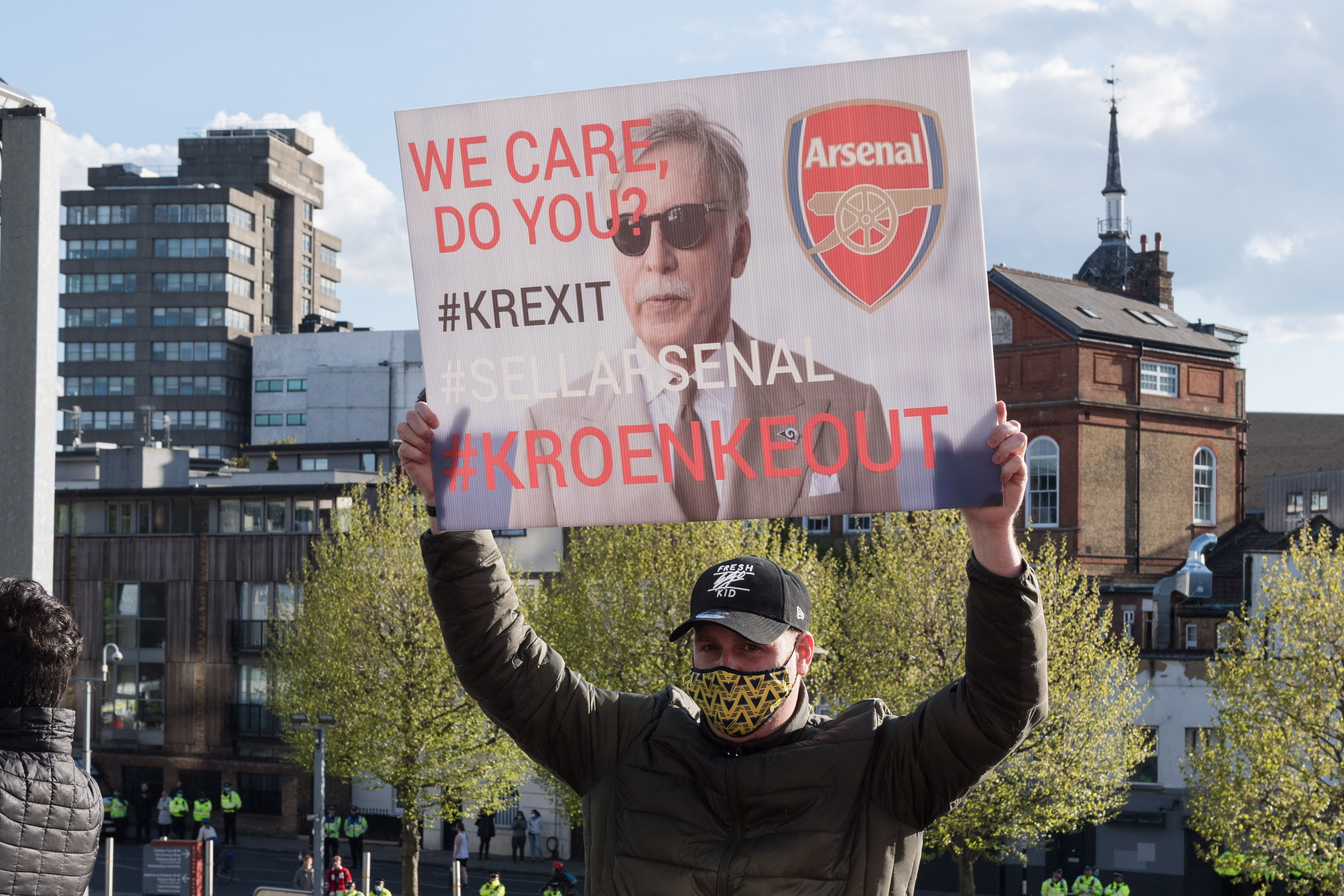 They were enraged by plans to join the breakaway European Super LeagueCredit: Getty

“The squad needs changing. There were already a lot of changes in December, something that has not been done in years, but it tells us where we were.

“Things have to change and the owners are going to back it up.”

When asked if that meant Arsenal would have a sizeable budget this summer, Arteta nodded.

But it remains to be seen whether American Kroenke will stump up a big bundle of cash and whether Arteta will be trusted to spend it.