The 25-year-old Brazilian was spotted taking a stroll with Rodrigues on the island beach before hiring a pedalo. 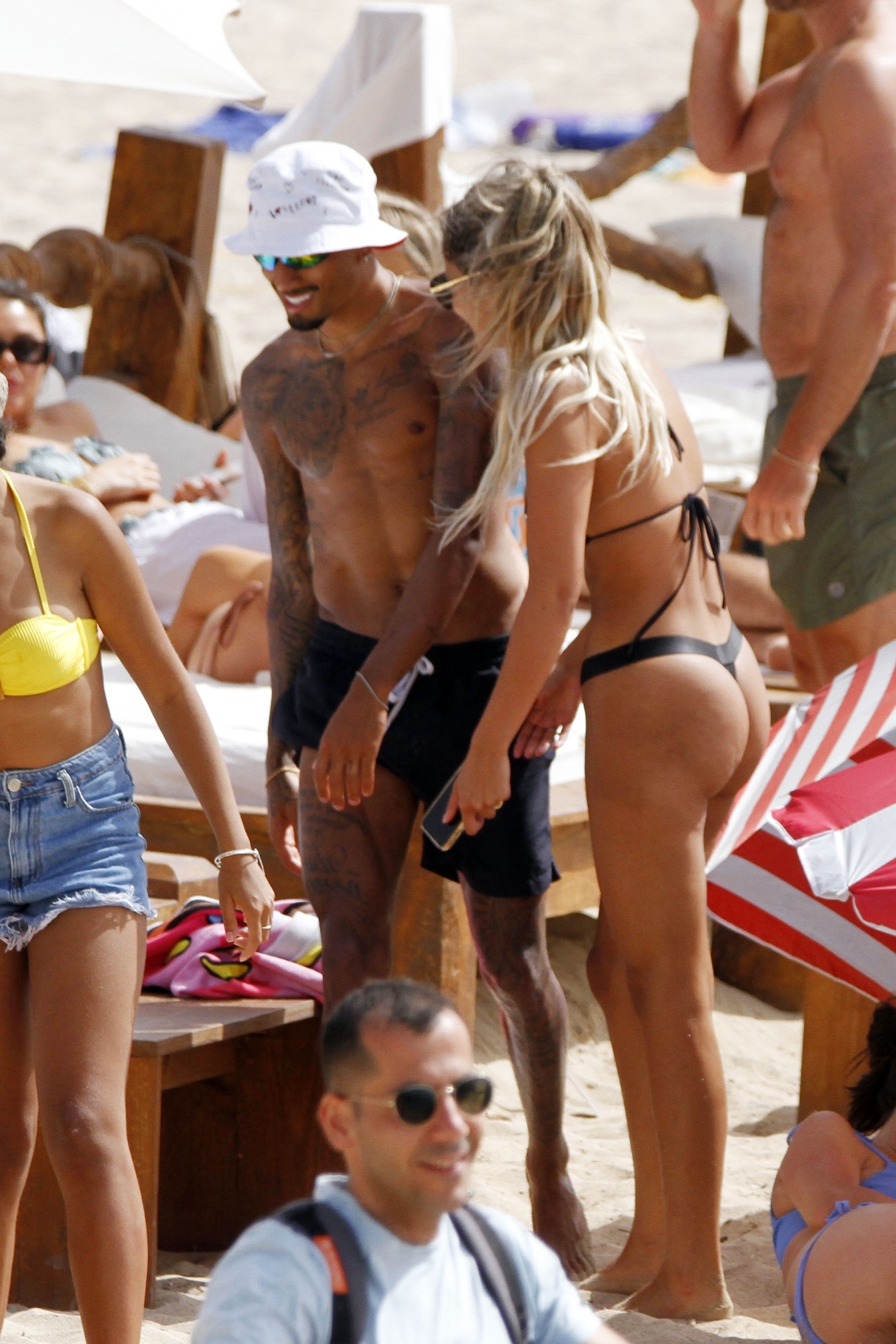 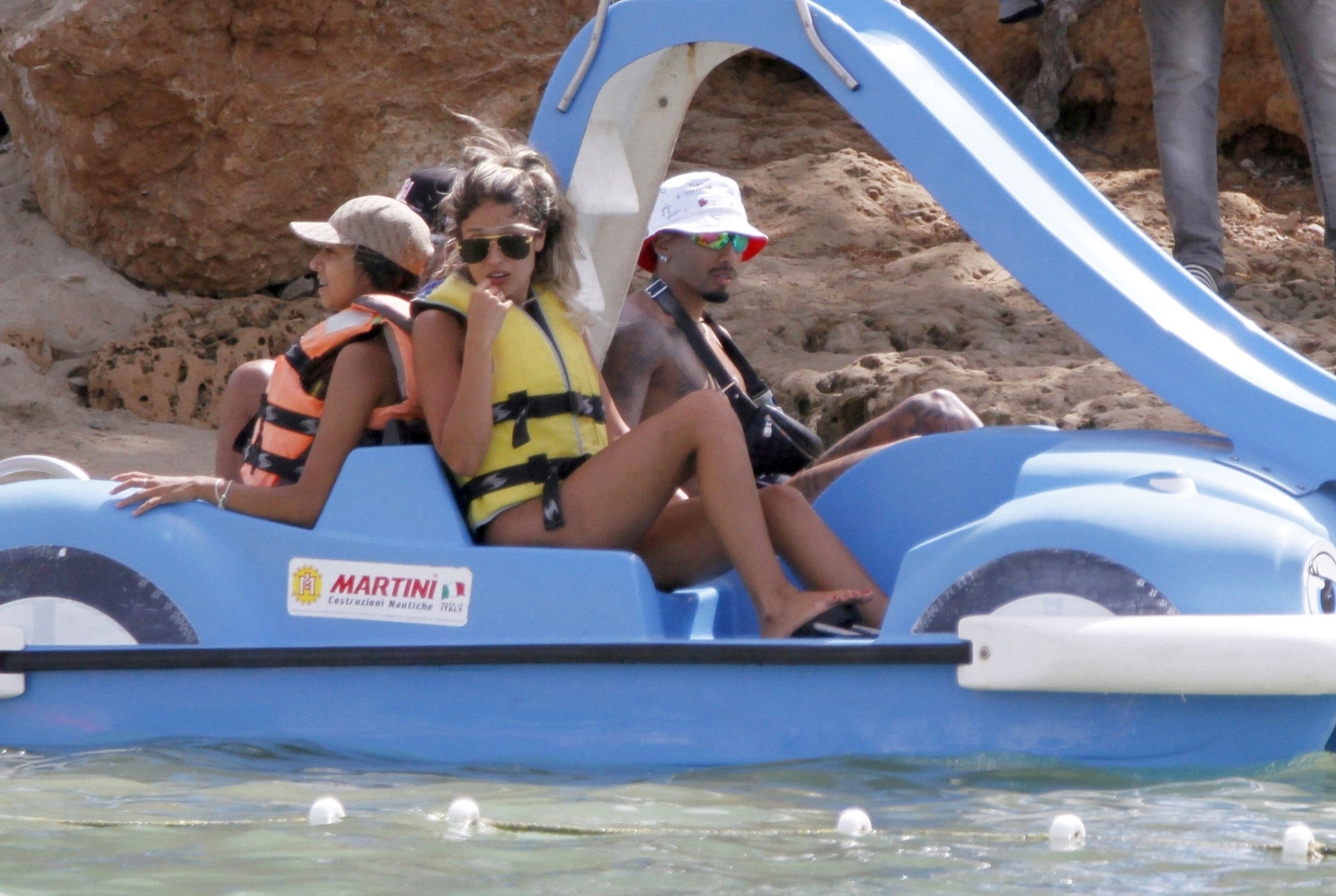 They enjoyed a pedalo ride in the heatCredit: BackGrid 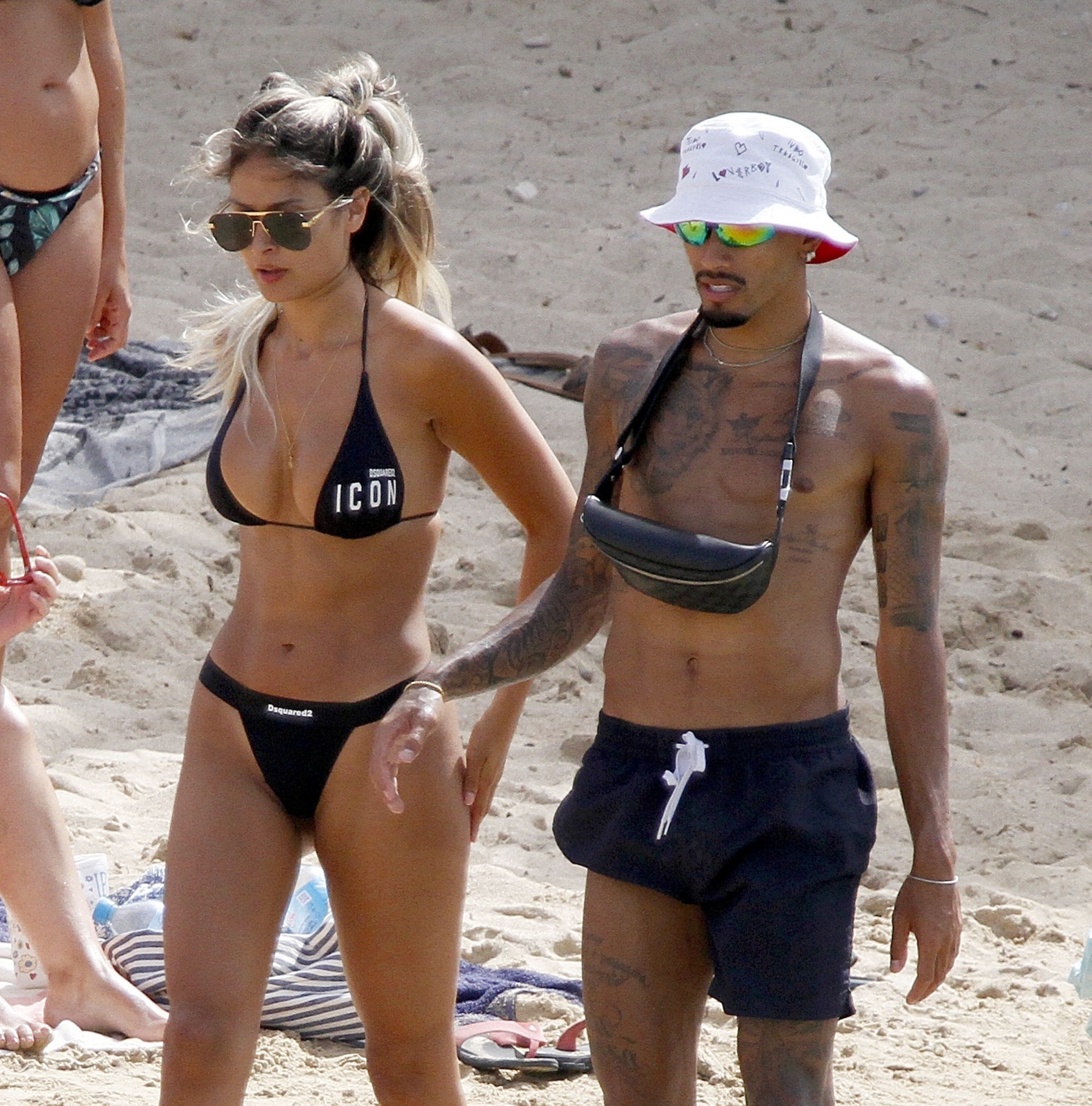 The Leeds winger is set to snub Arsenal and Chelsea for a bumper pay rise at Barcelona.

But that may be the last thing on his mind as he chills on the sand in a bucket hat and sunglasses.

She has also shared photos on her Instagram of the pair enjoying the time off.

One wholesome snap shows the couple laughing by a pool with their golden retriever.

Rodrigues is enjoying preseason with her beau, where they have enjoyed time in Ibiza as well as Doha in Qatar.

The duo were married at the start of the year as smooth operator Raphinha proposed to wife Taia in some style.

On the eve of her birthday with a candle-lit path through the house for her to walk down. 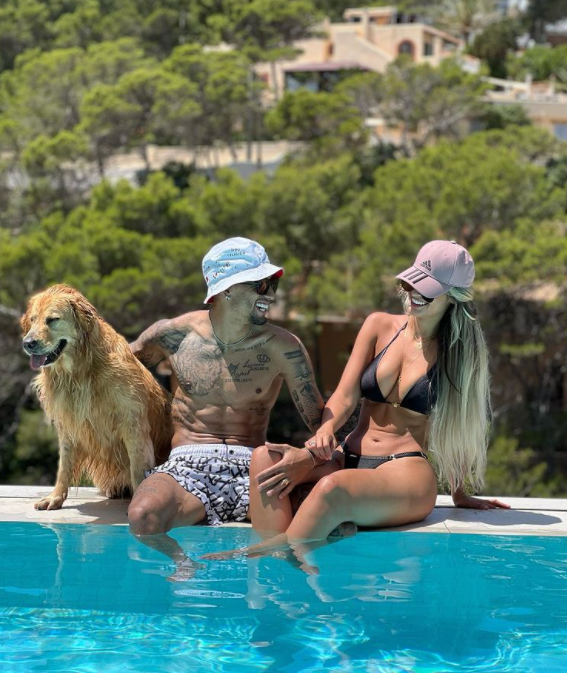 The pair shared family snaps on Instagram posing with their dog 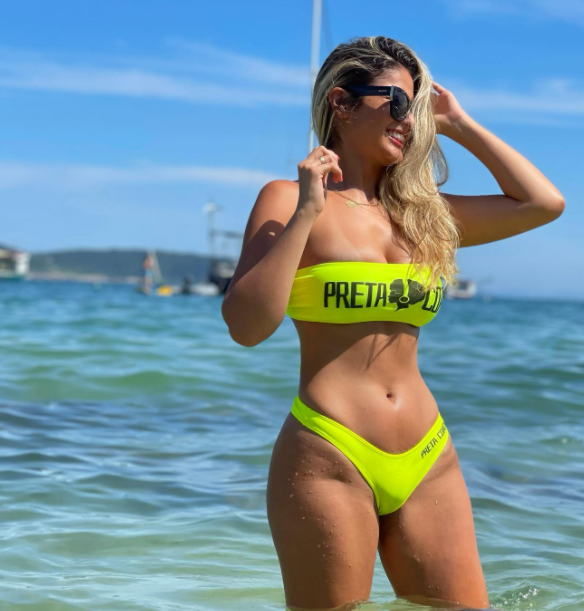 Rodrigues has sent fans crazy with beach snaps in Spain

He then dropped down to one knee in front of a huge lit-up ‘Marry Me’ sign and asked, as she beamed at his proposal.

The romantic Brazil international also rushed to hug Rodrigues after he helped Leeds complete a great escape in May.

He is reportedly set to receive a massive pay rise if his proposed move to Barcelona goes through.

The midfielder will reportedly receive a lucrative contract worth £5.2million per year should the deal go through.

Chelsea appeared to move into pole position to sign Raphinha earlier this week after they tabled a bid north of £55million for his services.

But a late swoop from Barcelona could potentially scupper the west Londoners’ pursuit of the player.

The Catalans have reportedly agreed to meet Leeds’ asking price for the 25-year-old after his agent – former Barca midfielder Deco – met with club chiefs earlier this week. 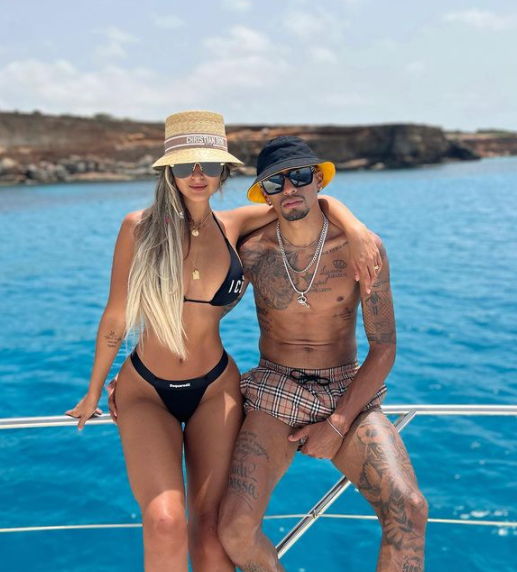 Barcelona, Arsenal and Chelsea are all fighting to sign the winger