ARGENTINA punched their ticket to the Copa America quarter-finals after beating Paraguay 1-0 at the Estadio Nacional de Brasilia in a historic night for Lionel Messi.

Gomez scored the winner to fire Argentina into the quarter-finals of Copa AmericaCredit: AFP 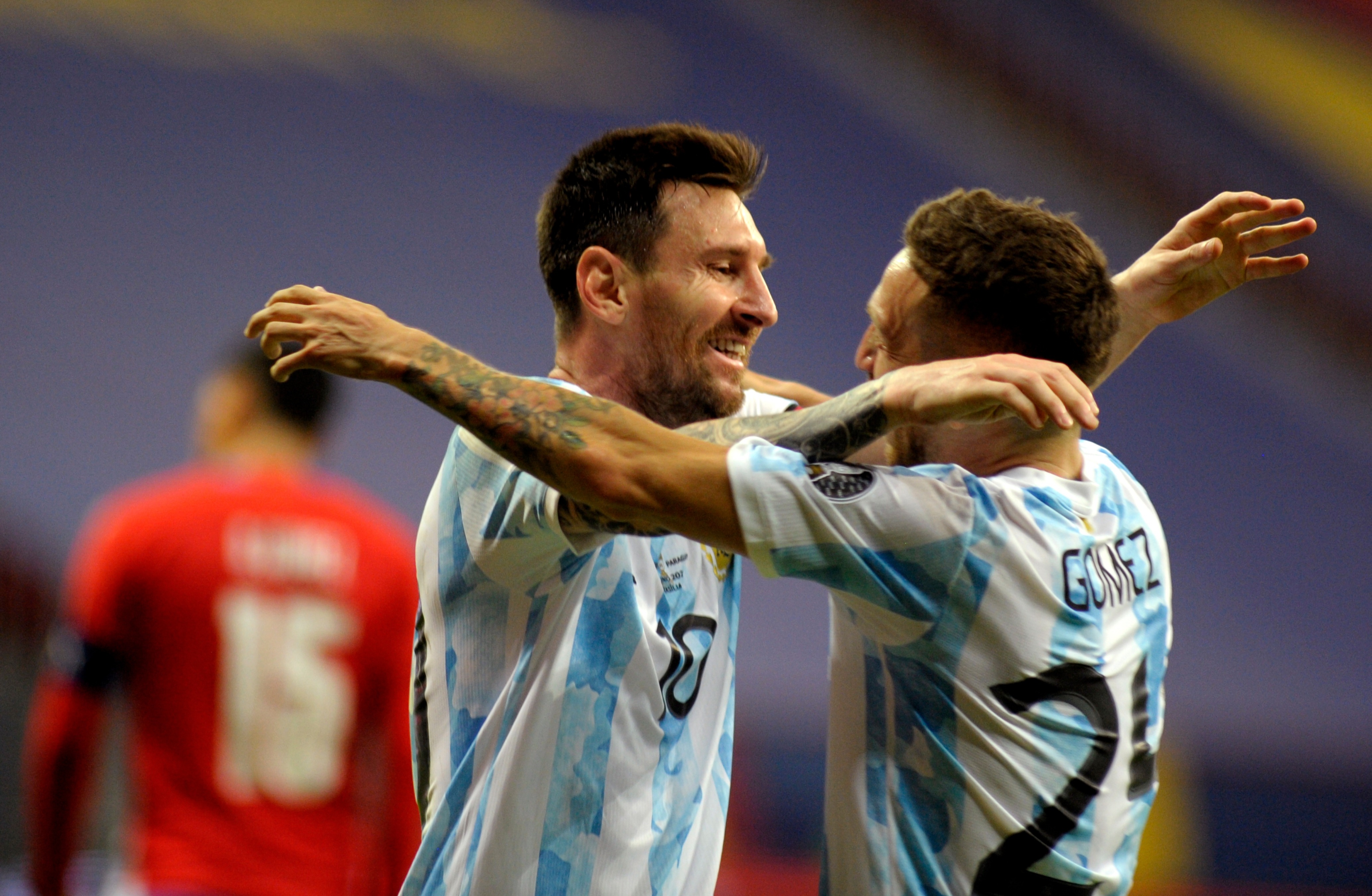 The Albiceleste extended their two-year undefeated streak thanks to Papu Gomez’s winner but failed to convince once more.

Lionel Scaloni’s men started strong and came close to an opener after just seven minutes when Paraguay’s defenders got mixed up and Piris da Motta accidentally headed the ball back to Sergio Aguero who failed to properly flick it over goalkeeper Antony Silva.

However, the Argentines regrouped just three minutes later when Messi produced a stunning run down the attacking third and passed the ball to Angel Di Maria.

Di Maria then set Gomez up with an incredible low cross in the area and the Sevilla star flicked the ball over Silva to give his country the lead.

Messi came close to combining his 147th appearance with yet another goal on 18 minutes when he fired a free-kick from the edge of the box and just missed the Puebla keeper’s bottom right corner.

Argentina thought they got a second in the first minute of stoppage time when Gomez’s cross down the left flank bounced off Junior Alonso and ended up in the Paraguayan’s own net.

However, the referee and VAR overruled the goal as Messi was offside and blocking Silva’s vision in the build-up when Di Maria produced a long-range effort.

Paraguay showed grit throughout the encounter with some stunning runs by Newcastle star Miguel Almiron but lacked the necessary clinical edge.

Eduardo Berizzo’s men registered a total of 10 shots but only two of them were on target.

Argentina failed to produce a single goalscoring threat in the second half, but Scaloni will take solace in the second consecutive clean sheet and the fact his team didn’t concede any clear-cut chances.

The Albiceleste top Group A with seven points after winning two out of their first three matches and are two points ahead of second-placed Chile.