CRISTIANO RONALDO gave his stunned team-mates the hairdryer treatment after they went 2-0 down against Atalanta.

Ole Gunnar Solskjaer was trying to calm down feuding Manchester United stars in the dressing room following an awful first half on Wednesday. 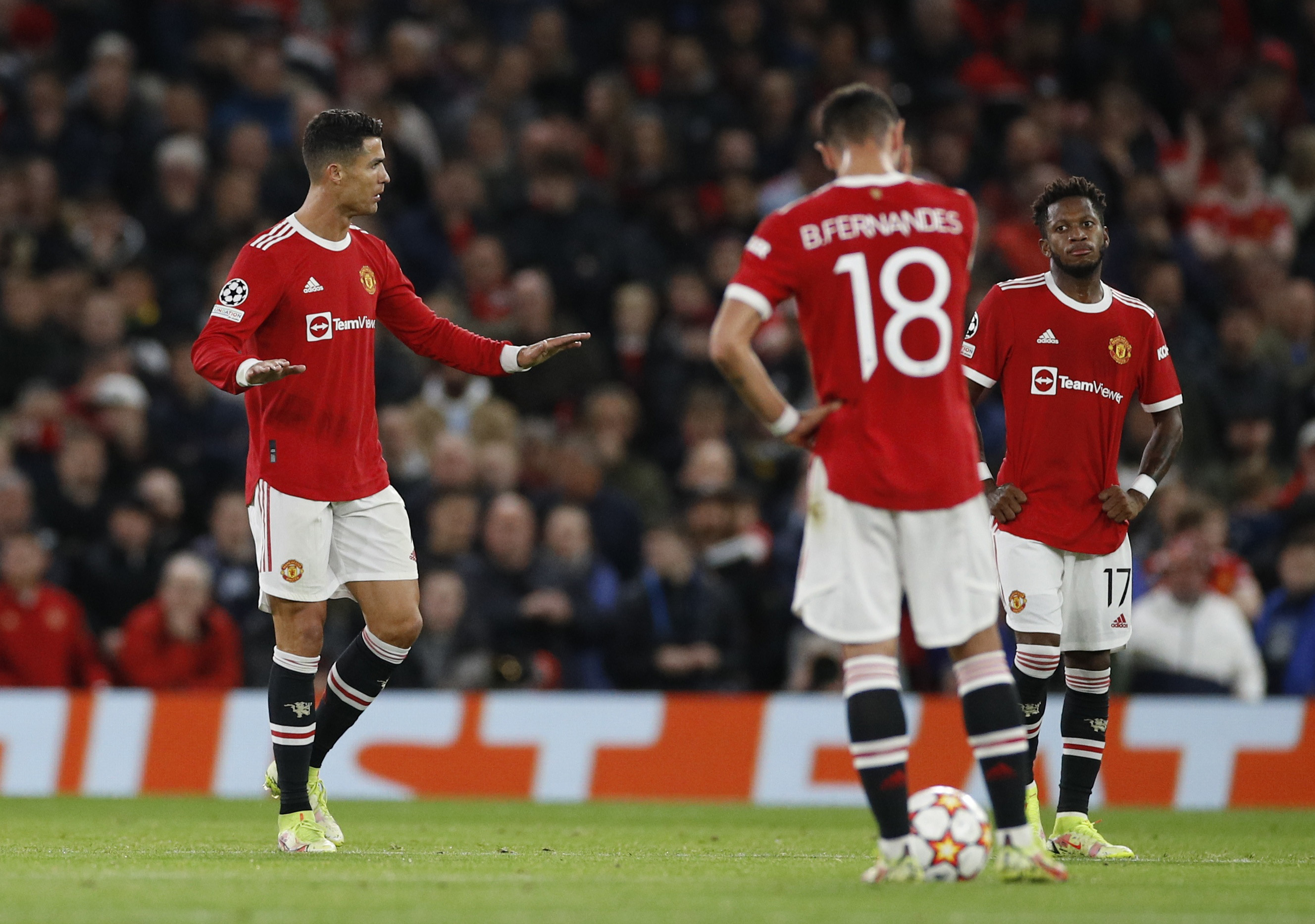 The Portuguese was furious with United’s first-half showing and intervened in the dressing roomCredit: Reuters

Ronaldo then took charge by taking a leaf out of his old boss Sir Alex Ferguson’s playbook to inspire victory.

And a United source told SunSport: “Cristiano addressed the whole team and told them that the performance was unacceptable.

“He asked if they were not ashamed and said this was not how Manchester United perform in front of their own fans. He told them they needed to win the game and, if they didn’t, they might not qualify for the next stage of the Champions League.”

It was then that boss Solskjaer took over and said the game was still to be won if they played as a team and got the first goal in the second half.

Bruno Fernandes also told the manager that there needed to be a change in tactics and that he had to drop deeper on the pitch to get on the ball more.

United went on to produce a rousing second-half display and scored three times to go top of Group F — with Ronaldo getting the headed winner in the 81st minute.

But the half-time shake-up showed the increasing influence both Ronaldo and Fernandes are starting to have as the Red Devils’ season threatens to be derailed.

They face Liverpool at Old Trafford tomorrow having taken just a point from their last three Premier League games.

Lose and they will be seven points behind rivals Liverpool and potentially eight behind current table-toppers Chelsea.

Attacker Fernandes knows the team has to improve — but in a frank observation he has also said there needs to be improvement from the manager and coaching staff, too.

Yet he added that they had to support Solskjaer even if they think he is getting it wrong!

Fernandes said: “We have a lot to improve on and the coach also knows there has to be some improvement at their end but that is part of football.

“We fully support him. He’s our manager, we follow his ideas and believe in them.

“Of course, players start to get suspicious when they don’t play or when things don’t go well.

“But, honestly, footballers are annoying. We think we’re always right!

“His ideas might be right or wrong — but we are sticking with it until the end.” 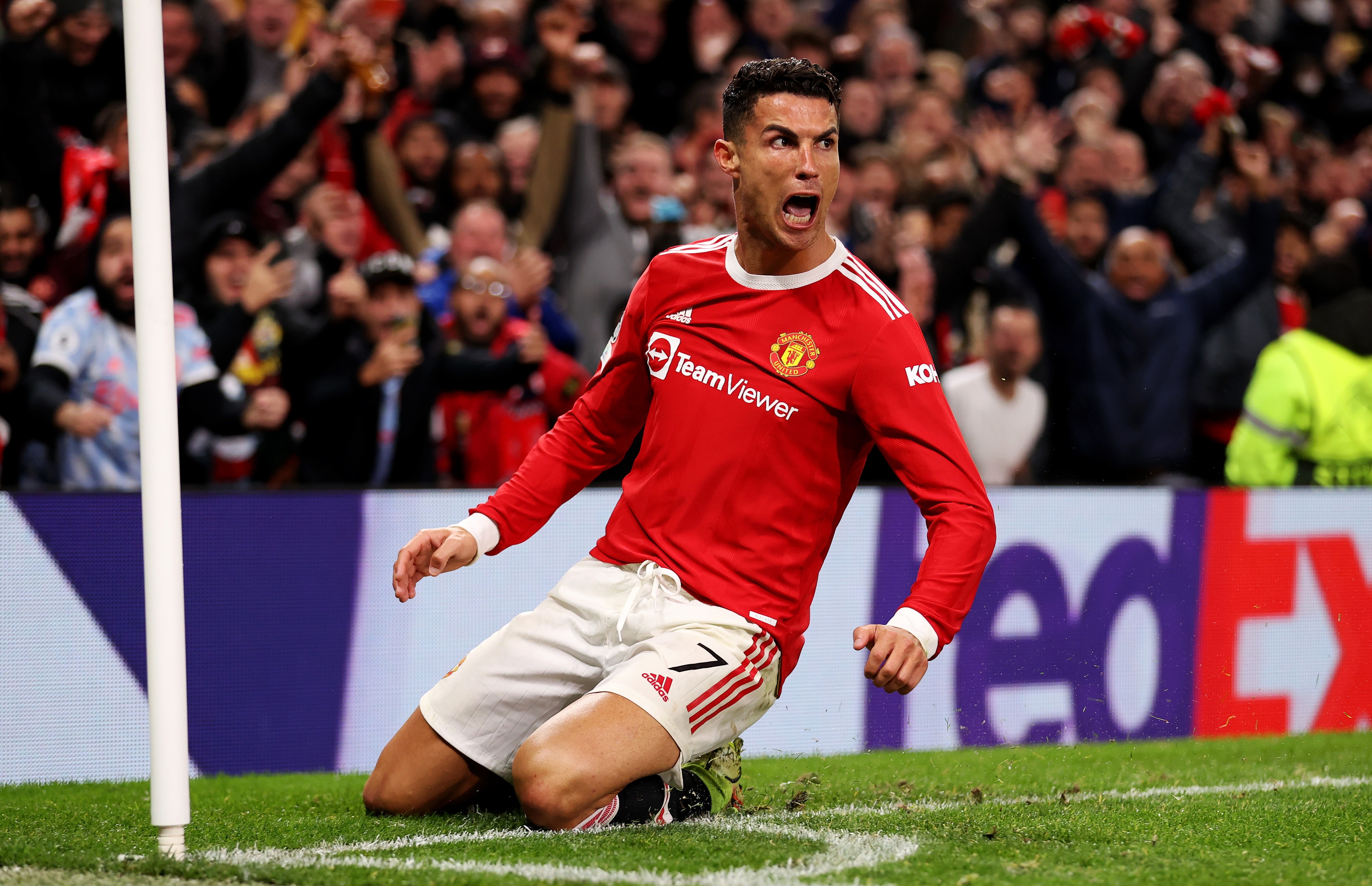 Ronaldo scored a late winner as Man Utd came back from two goals down to win 3-2Credit: Getty

Ronaldo added: “We are in a moment that United do a few changes. They buy me, Raphael Varane and Jadon Sancho.

“The adaptation will take time, even the system we play. But, step by step, we have to put it in our minds that everything is possible.

“Everyone should know their role. I know my role in the team, in the club, my role is to score goals.

“If everyone is thinking like that, sacrificing for the team, we will be a better team.”