The youngster, 18, missed TEN MONTHS of action with a knee complaint and celebrated his emotional return with the team’s doctors.

Ansu Fati was emotional after scoring on his return from injuryCredit: Reuters 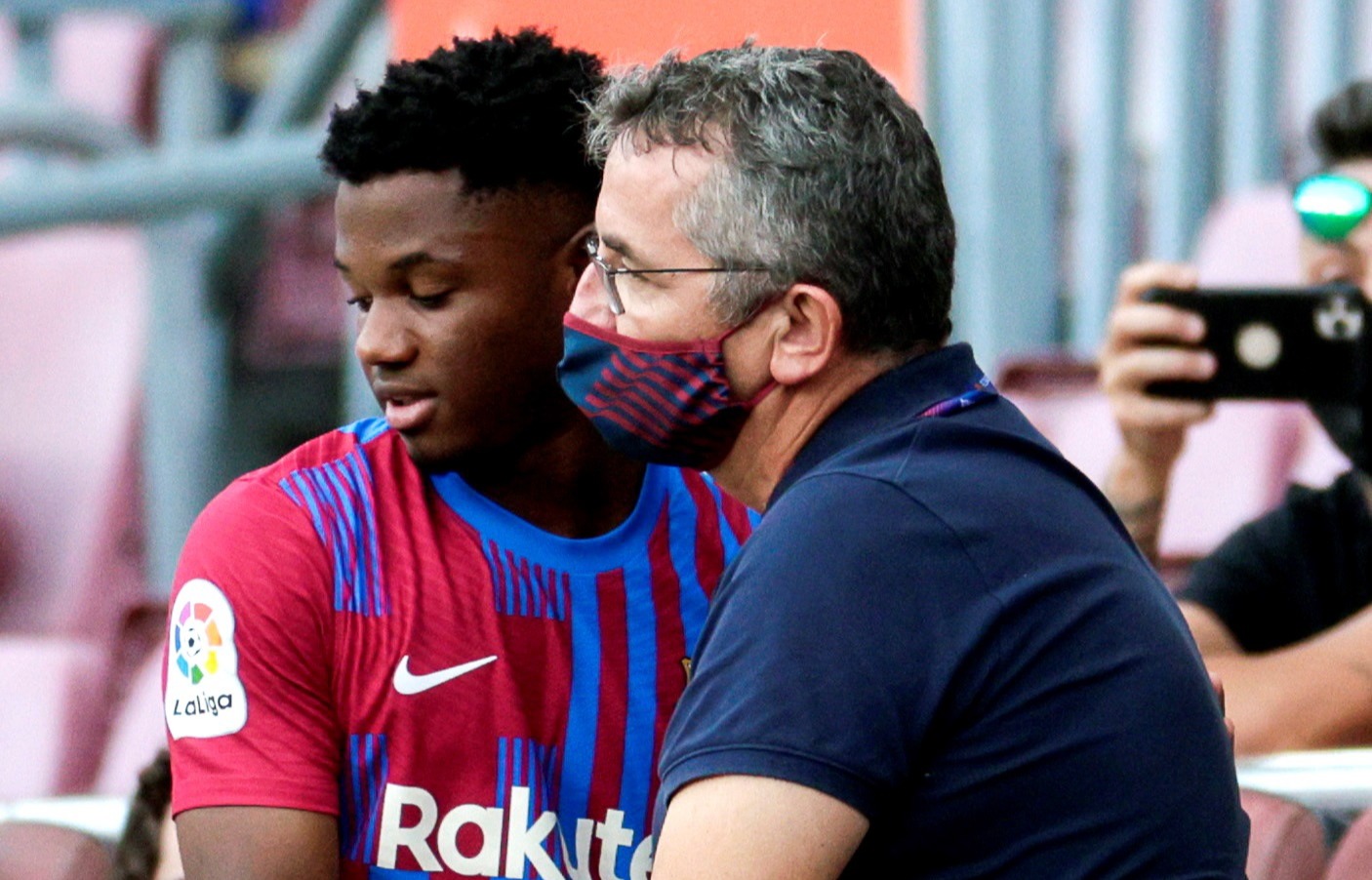 The teenager thanked a Barcelona doctor after the matchCredit: EPA

Fati came off the bench in the 82nd minute when Barca were 2-0 at the Nou Camp thanks to goals from Memphis Depay and Luuk de Jong.

And the promising talent, who has been handed Lionel Messi’s famous No10 shirt, needed just nine minutes to re-announce himself.

Fati picked up the ball in midfield and ran at a weary Levante defence, twisting and turning before unleashing a superb strike from 20 yards.

The goal was reminiscent of a young Lionel Messi and gave cash-strapped Barca some hope for the future.

The Catalan giants are reportedly more than £1BILLION in debt and were forced to say goodbye to record goalscorer Messi in the summer.

Manager Ronald Koeman is under pressure after a poor start to the season, picking up just nine points from their opening five LaLiga games.

But three points against Levante have pushed Barca up to sixth in the table, five points behind leaders Real Madrid with a game in hand.

Fati was quick to thank Barcelona’s medical team after the game, hugging doctors following a long spell on the sidelines.

The four-cap Spain international is regarded as one of the club’s brightest prospects alongside midfielder Pedri, 18.

And, according to journalist Fabrizio Romano, Fati is close to agreeing a contract extension with Barca.

The teenager’s existing deal runs out in June but he looks set to commit his future to the Catalan giants as they continue to rebuild.