ANGRY Ole Gunnar Solskjaer snapped at the BT Sport reporter when he was asked if Manchester United stars are playing for him.

The Red Devils boss was in a frosty mood as he addressed the media despite coming from behind to beat Atalanta.

Ole Gunnar Solskjaer took exception to being asked if his stars are fighting for himCredit: BT Sport 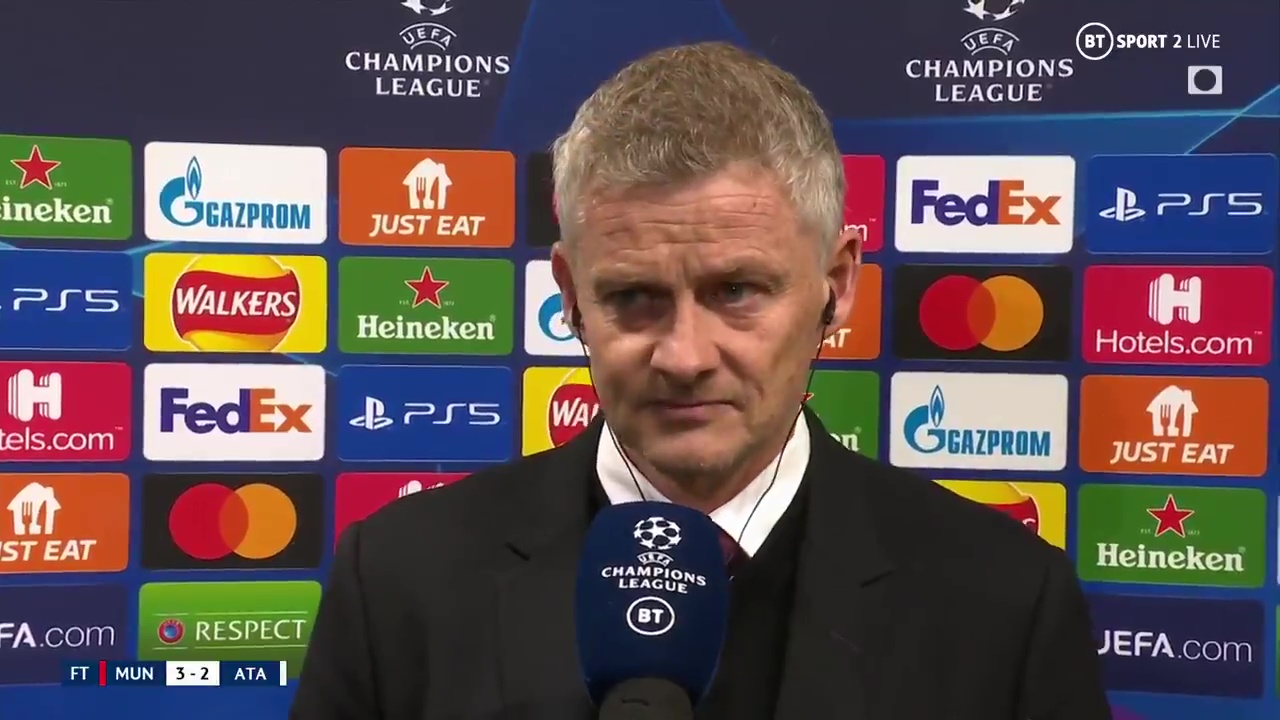 “They never stopped believing, they kept on going.”

“Don’t disrespect the players, they play for Man Utd.”

A passionate Ole Gunnar Solskjaer praised his players after yet another #UCL comeback at Old Trafford.

And he refused to entertain the question about his players’ commitment and effort amid rising pressure on his position following Saturday’s 4-2 defeat at Leicester.

Des Kelly said: “They looked like they were playing for you, I know it’s been a rocky old week.

“It’s true though, you could see a collective-“

But an irate Solskjaer interjected and shut down the line of questioning immediately.

The Norwegian fired back: “Don’t even start.

“They play for Manchester United and they know they’re the luckiest men in the world. I said that to them tonight.

“They’re the luckiest men in the world, the [starting] 11 and the subs are the ones who can also play for Man United and that’s what so many millions of boys and girls want to do.”

Solskjaer also jumped to the defence of Cristiano Ronaldo.

The superstar, 36, had been particularly criticised for a lack of effort and pressing in recent weeks.

But the Portugal icon put in a shift at Old Trafford last night, scored the winner to complete the turnaround and may well have kept the boss emoployed.

United were 2-0 down at half-time – although Solskjaer still praised the opening 45 minutes despite boos at half-time.

The manager added: “If anyone wants to criticise Ronaldo for attitude and work rate just watch the game today.

“He was even down in his own box making a block at the end – and the goal is just what he does better than most.

“I thought we played well in the first half but two chances for them, two goals and that has to stop.

“We’ve got a habit of doing this at this club but in the first half I thought we played well – they never stopped believing and kept going.” 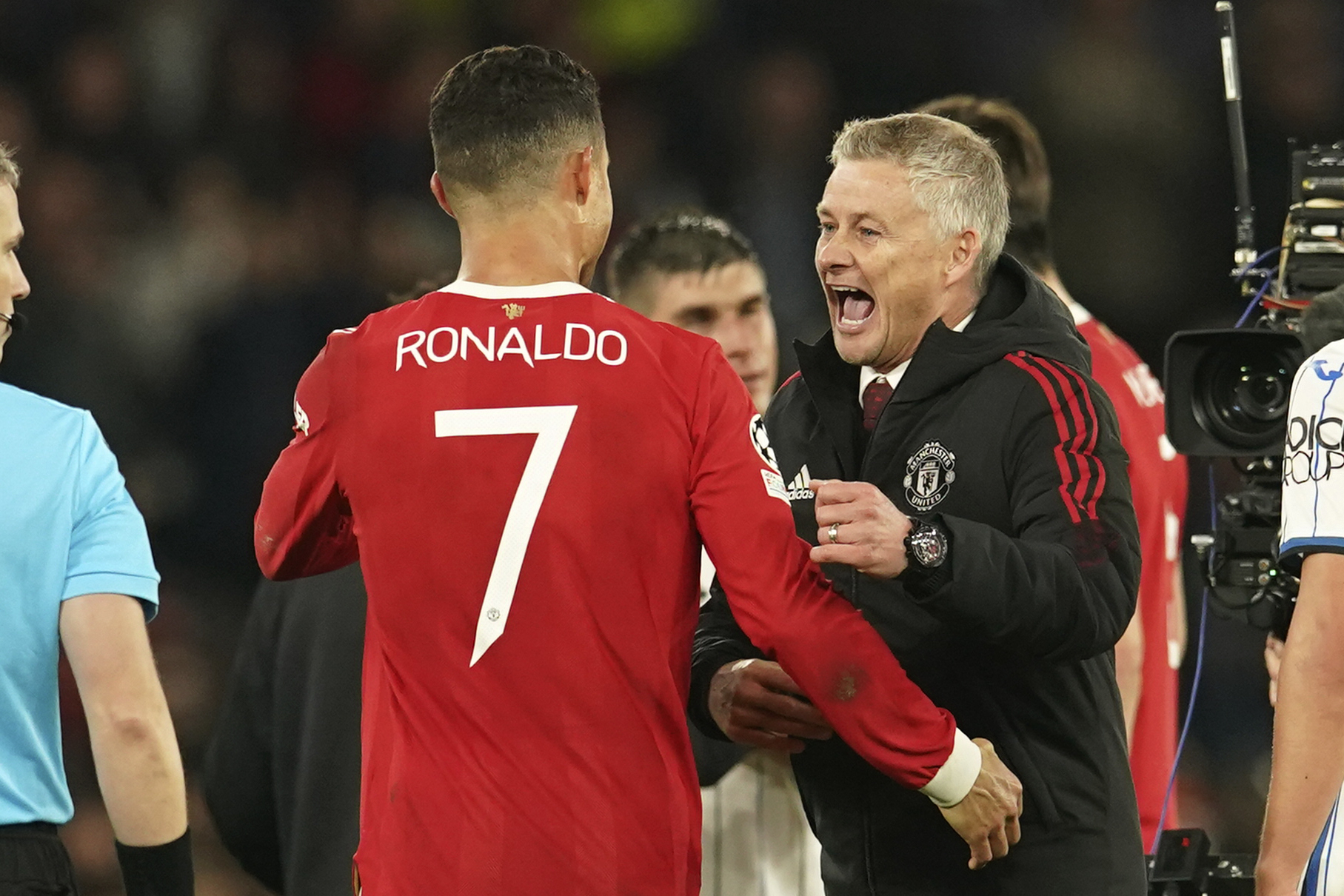 The Norwegian was absolutely buzzing as Cristiano Ronaldo bailed him outCredit: AP