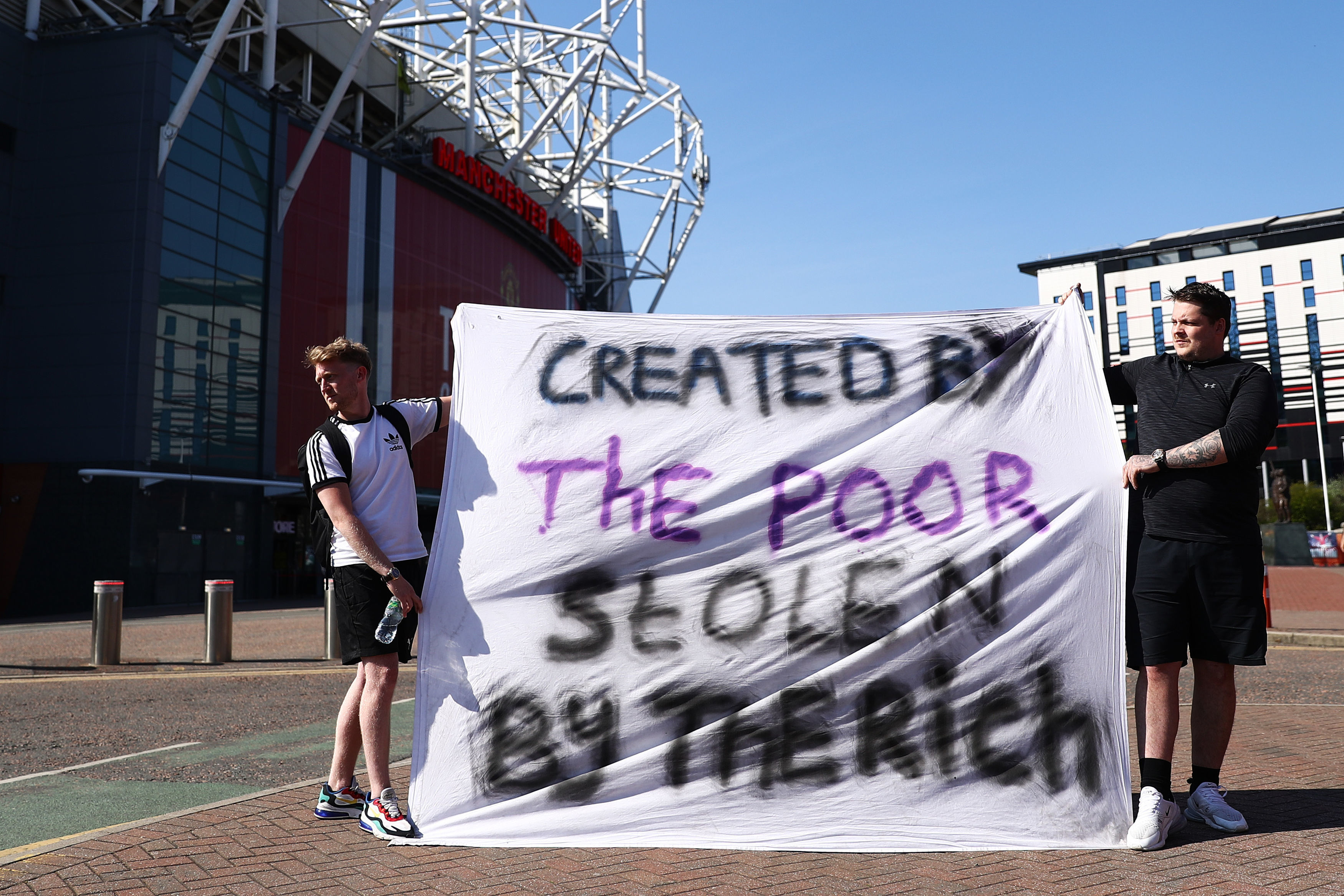 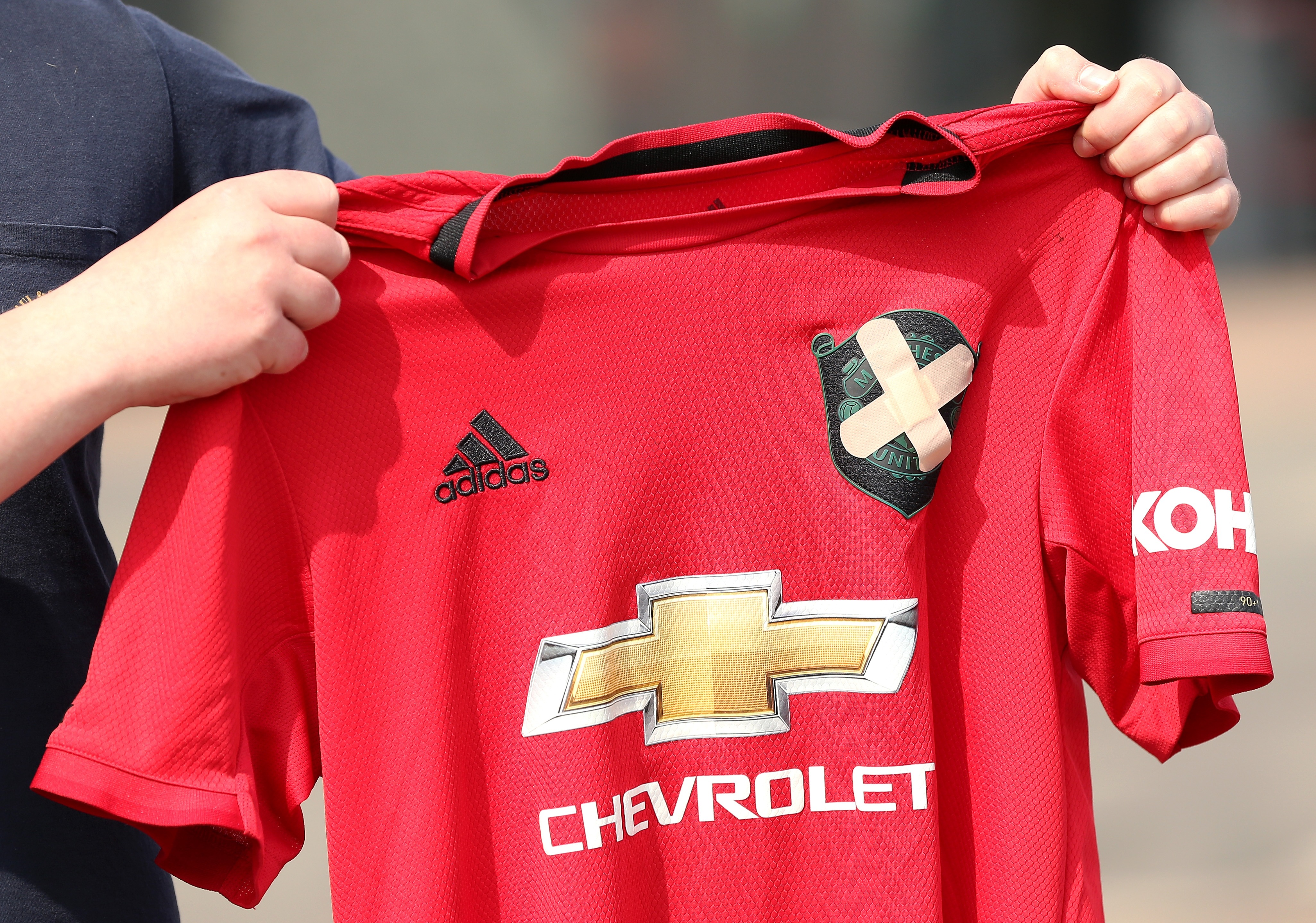 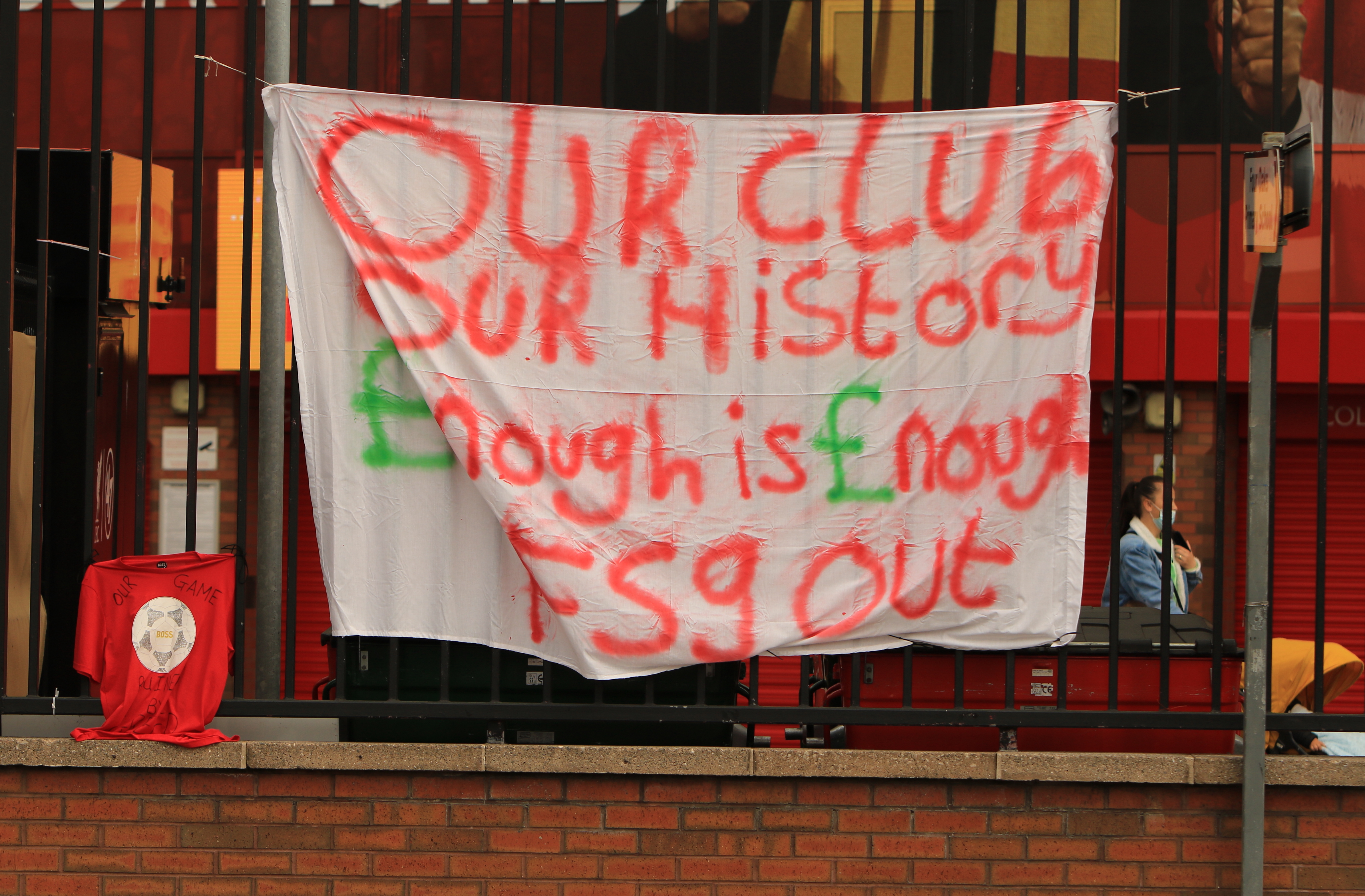 Their statements followed an apology from another of the Prem’s so-called ‘snakes’ Arsenal, although owner Stan Kroenke did not put his name to it.

But the words only sparked an angry backlash from their club’s supporters, with calls for them all to quit.

Henry, head of Anfield’s owners FSG, said sorry to Kop boss Jurgen Klopp, the players, CEO Billy Hogan and everyone at the current top-flight champions during a 146-second video.

But powerful supporters group Spirit of Shankly blasted: “These crocodile tears will not wash.

“We have always asked for honesty, integrity and transparency from club owners FSG, but the arrogance and deception they have shown behind this money-grab is frightening, but not surprising.

“We have noted John W Henry’s apology, but this PR exercise is too little, too late.

“Our owners have thrown everyone under the bus, supporters, manager, players and staff, and humiliated themselves through sheer greed and arrogance.

“This debacle must be a catalyst for real change, not an exercise in damage limitation.

“We need a fundamental change in football governance, one that is fair for the whole football pyramid, not just the rapacious elite.”

Henry took personal responsibility for banding together with the rest of the Big Six rebels, who pulled out of the project following a huge backlash from fans, the government, the Premier League and Uefa.

Henry, 71, declared: “Over these 48 hours you were very clear that it would not stand. We heard you. I heard you.

“I want to apologise to Jurgen, Billy, the players and everyone who works so hard at Liverpool to make our fans proud.

“They have absolutely no responsibility for this disruption. They were the most disrupted and unfairly so.

“This is what hurts most. They love your club and work to make you proud every day.

“I know the entire LFC team has the expertise, leadership and passion necessary to rebuild trust and help us move forward.

“I hope you’ll understand that even when we make mistakes, we’re trying to work in your club’s best interests.

“In this endeavour I’ve let you down.”

Yet the Spirit of Shankly fans insist the past three days had been “sickening.”

“Liverpool Football Club is not an American franchise but a community steeped in history and tradition.

“We will consult with our members to gauge their opinion on our next step.” 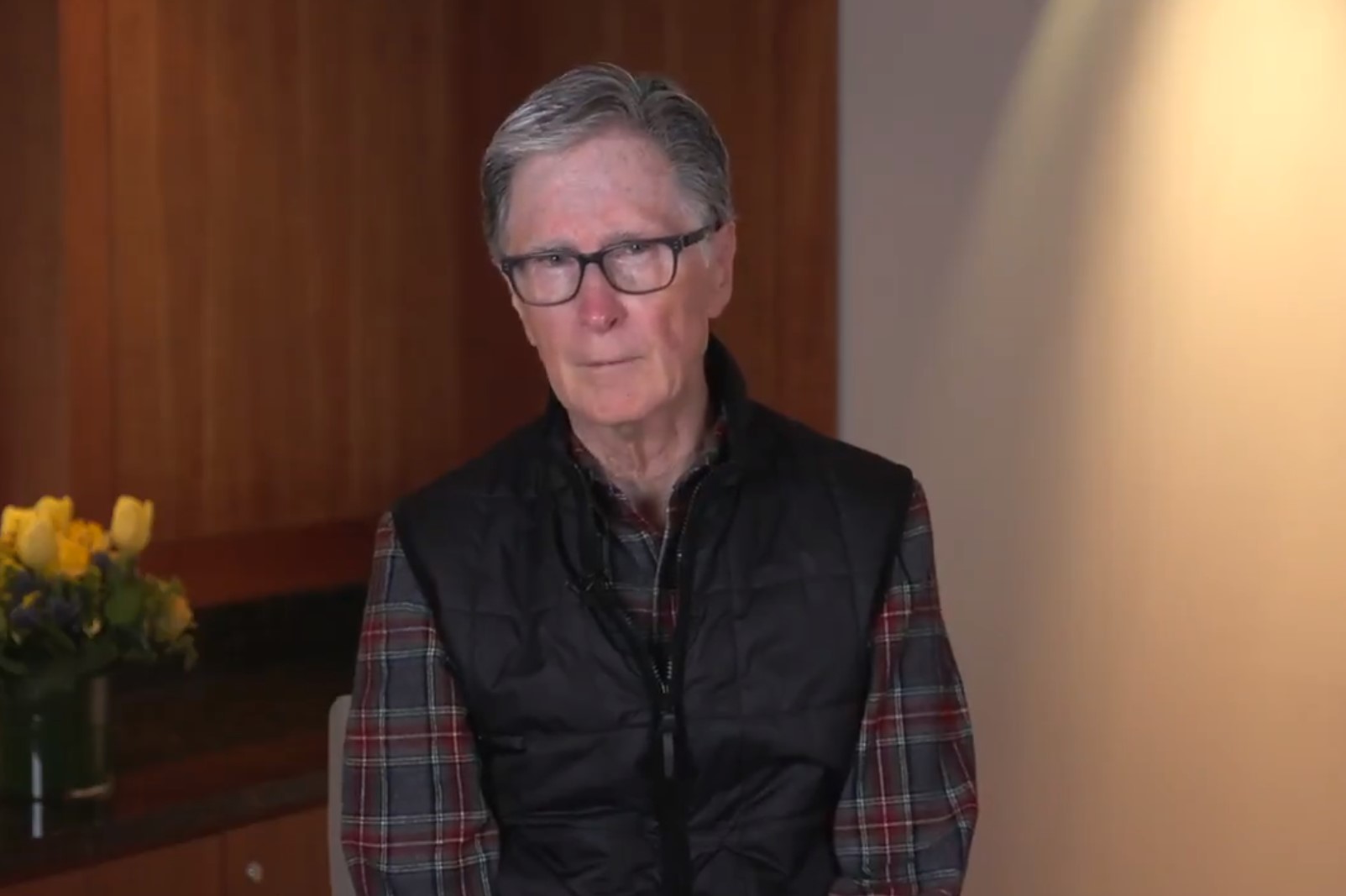 Liverpool owner John Henry apologises to fans in a video

That step could even be a boycott of Anfield when the gates are opened again, especially following last year’s embarrassing U-turn on plans to furlough 200 staff amidst the Covid crisis.

Glazer sent an open letter to United fans, admitting it will “take time for the scars to heal.”

He said: “You made very clear your opposition to the European Super League and we have listened.

“We got it wrong and we want to show we can put things right.

“Although the wounds are raw, I am personally committed to rebuilding trust with our fans and learning from the message you delivered with such conviction.

“In seeking to create a more stable foundation for the game, we failed to show enough respect for its deep-rooted traditions –promotion, relegation, the pyramid – and for that we are sorry.

“We apologise unreservedly for the unrest caused during these past few days.” 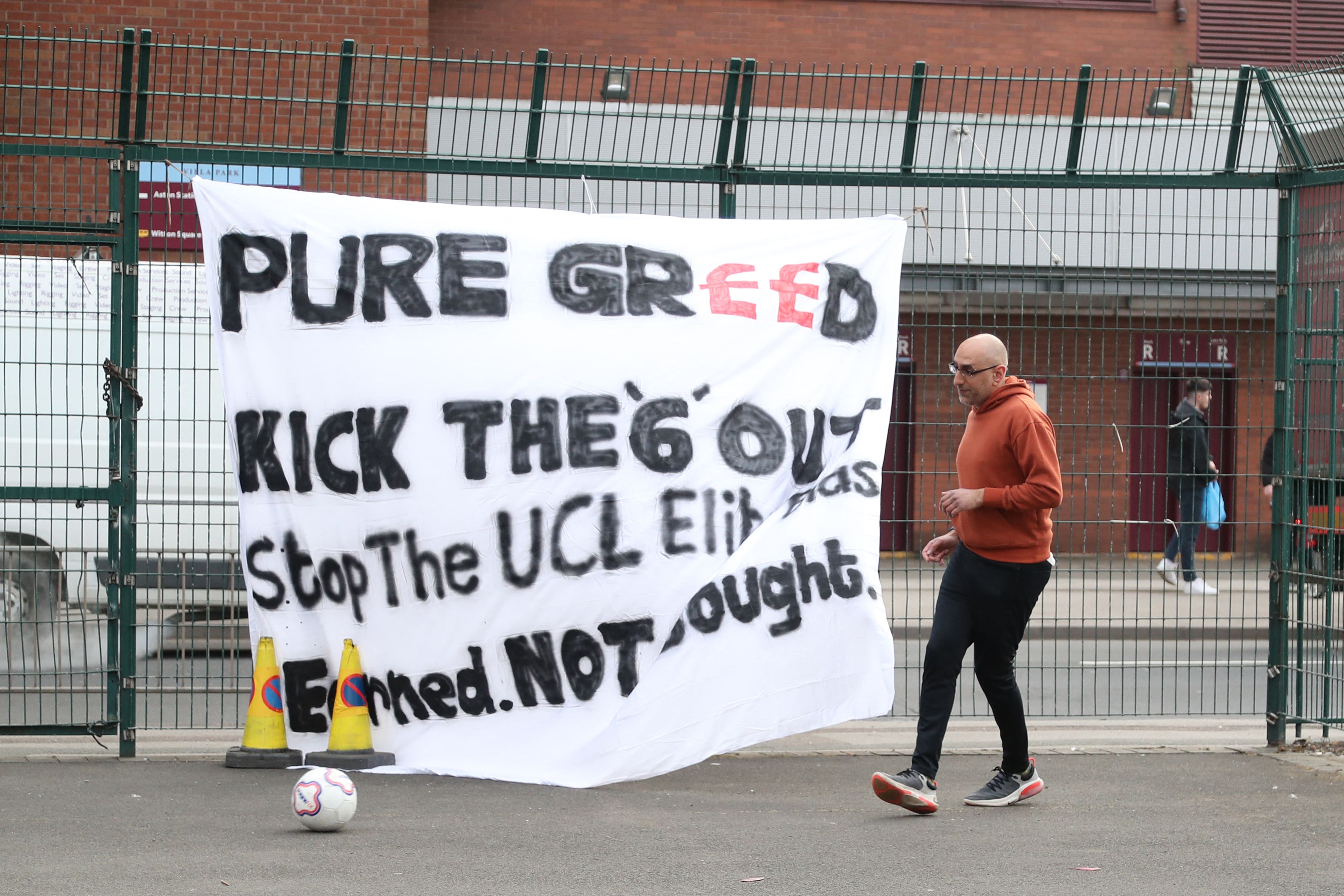 Protestors call for the ‘Big Six’ to face punishmentCredit: AFP

However, Manchester United Supporters’ Trust chief Duncan Drasdo said: “It doesn’t mean much without further commitment for a change of ownership.”

And a MUST spokesperson added: “We all know until they felt forced to withdraw they were determined to proceed with their Super League project – regardless of opposition.

“Ultimately Joel’s silence since 2005 says more than this message.

“We cannot just carry on as if nothing has happened. This is a watershed moment and we need to see genuine change as a result.

“The message we want to hear from the owners is that they are putting in place the Fan Share Scheme which will begin the transfer of ownership to the real supporters of our club – the people who have it’s best interests at heart.”

Some 200 miles away in London, Arsenal fans accused Kroenke of shaming the club – and blasted him for not even having the courage to put his own name to the club’s ESL apology. 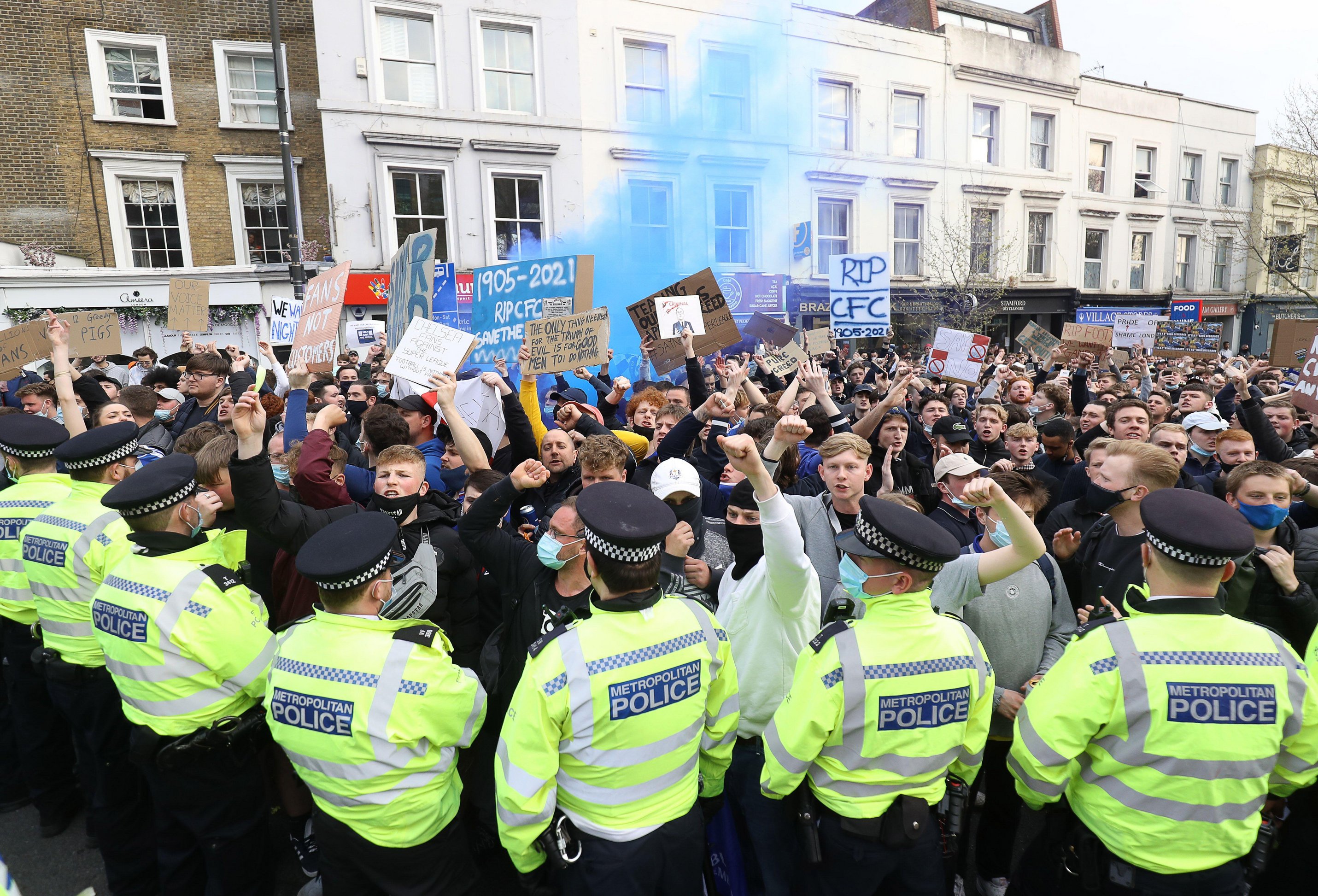 Furious Gunners fans are planning a “Kroenke Out” protest before tomorrow’s home Prem game against Everton.

And Tim Payton of the Arsenal Supporters Trust, fumed: “It’s certainly not all right. The apology is signed by the board – it should have Stan Kroenke’s name on it, he should apologise.

“He is the architect of this, he’s the overseas franchise investor who embarrassed and shamed our club and English football.”

Kroenke has endured a fractious relationship with Arsenal supporters since his first involvement in 2007 and the ill-feeling only intensified when he became the sole owner of the club in August 2018.

Fellow Trust board member Akhil Vyas added: “He’s been such an absent owner that he will probably just hide like an absolute coward, hoping it just blows over.

“Hate is a strong word, but we really dislike our owners.

“It’s an absolute lack of respect for fans – Kroenke is not interested and that is why he is the wrong owner.” 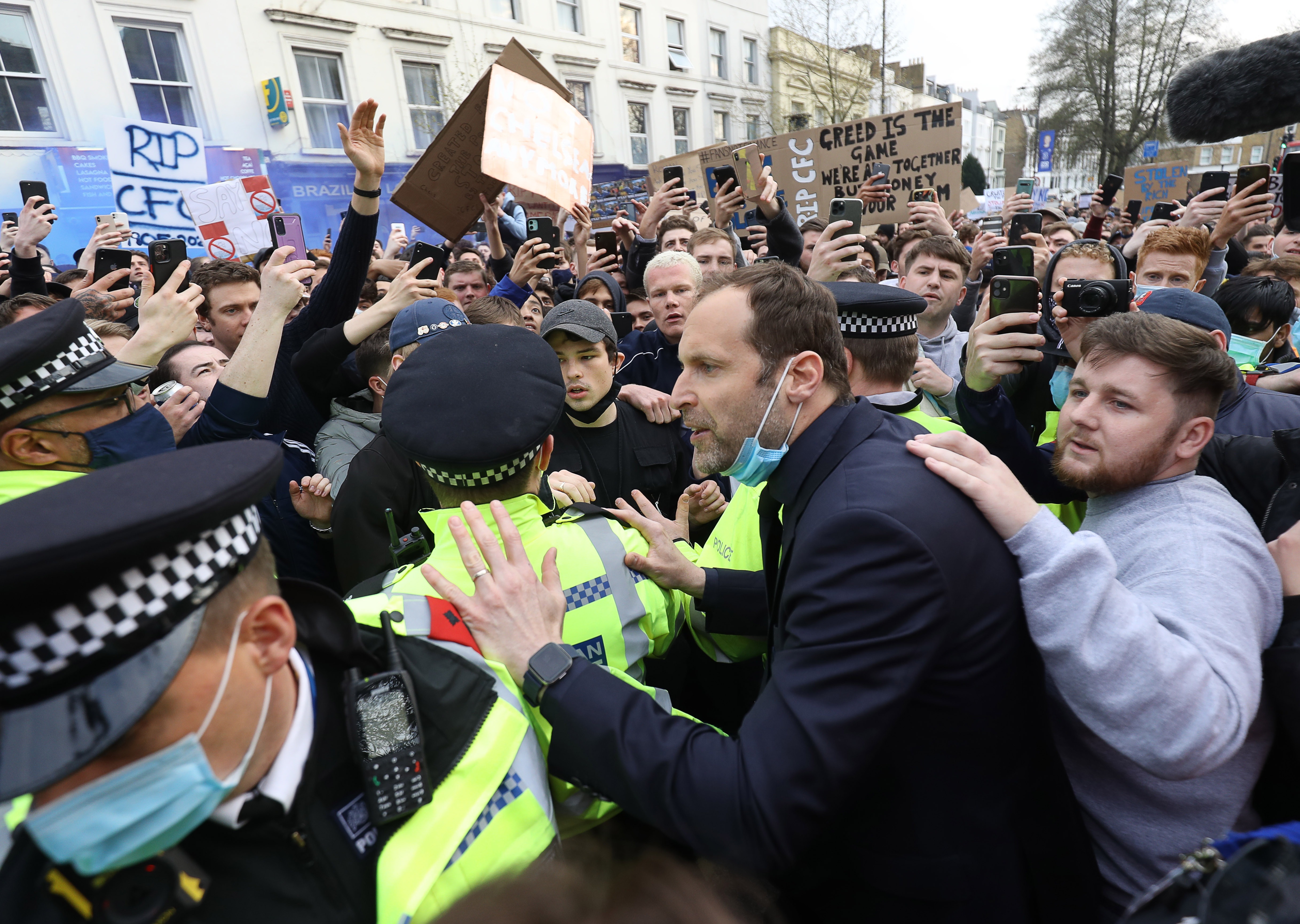 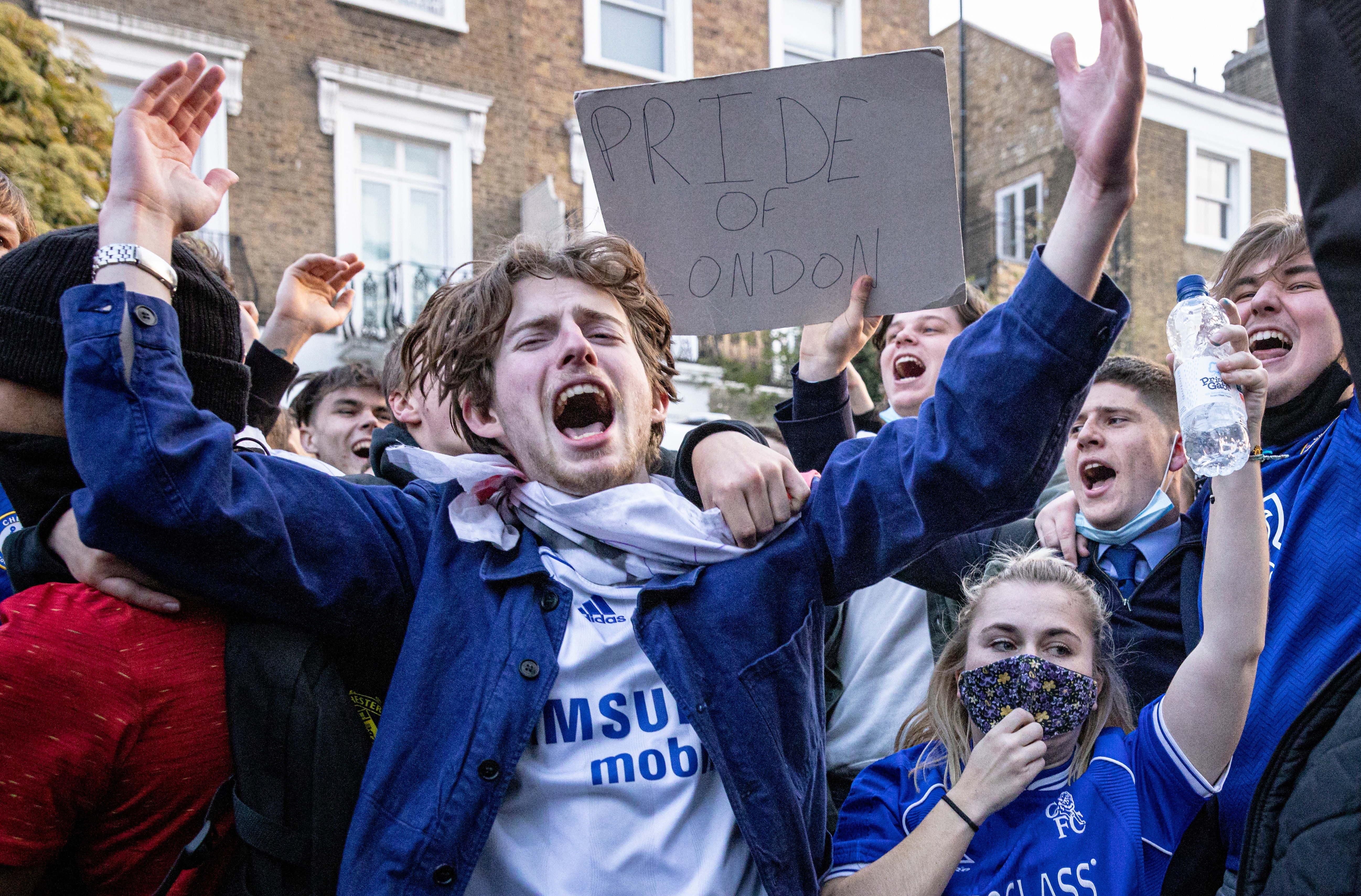 Manchester City and Chelsea were the first of the Big Six to withdraw from the ESL on Tuesday, later followed by Arsenal, Tottenham and project ringleaders United and Liverpool.

Etihad chief executive Ferran Soriano yesterday issued an apology to every City fan for the “disappointment, frustration and anguish” caused.

He said: “The board deeply regrets taking a decision that lost sight of the historic values of the club.

“We made a mistake and we sincerely apologise to our fans for the disappointment, frustration and anguish caused by the last 72 hours.”