ANDY MURRAY says Wimbledon will never be an “exhibition” in his eyes – and the British public couldn’t care less about ranking points.

The unprecedented decision by the ATP, WTA and ITF to strip Wimbledon of its ranking points has overshadowed the action taking place this week at the French Open in Paris.

Andy Murray has rejected claims that Wimbledon will feel like an “exhibition” this yearCredit: AP

This is in response to Wimbledon banning Russian and Belarussian players from their tournament following the invasion of Ukraine.

It is a decision that has divided the locker room at Roland Garros and angered the majority of the players base, who feel they were not consulted before it was announced.

Some top players – like Naomi Osaka and Benoit Paire – have disrespectfully called the SW19 tournament an “exhibition” due to the fact that the rankings are not on the table anymore.

But world No.67 Murray – who won the singles crown in 2013 and 2016 – has issued a strong defence of beleaguered tennis bosses. 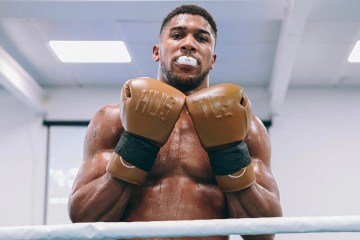 The Scot, 35, reached the third round last year – he was defeated by Canadian Denis Shapovalov – and would be affected by the loss of points himself.

In a series of three tweets, Murray said: “I follow golf very closely and have no idea how many ranking points the winner of The Masters gets.

“Me and my friends love football and none of us know or care how many ranking points a team gets for winning the Fifa World Cup.

“But I could tell you exactly who won the World Cup and the Masters.

“I’d hazard a guess that most people watching on Centre Court at Wimbledon in a few weeks’ time wouldn’t know or care about how many ranking points a player gets for winning a third-round match.

“But I guarantee they will remember who wins.