MICHAEL OWEN has defended Chelsea’s decision to sell Mo Salah five years ago, insisting the Egyptian used to be an ‘average finisher’.

But Owen now believes Salah, 29, is an ‘unbelievable’ player, admitting the forward’s incredible rise has surprised him.

Michael Owen reckons Chelsea were right to sell Mo Salah as he used to be an ‘average finisher’Credit: Getty 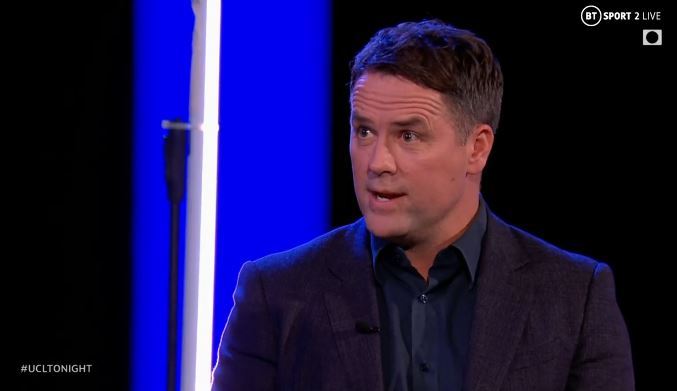 Owen admits Salah is now ‘unbelievable’ after netting his 20th goal of the seasonCredit: BT Sport

He now has 145 goals in 224 matches for the Reds, including an incredible debut season that saw him hit the target 44 times.

The hitman managed just two goals in 19 games before being shipped off on loan to Fiorentina and Roma.

Italy’s capital club then snapped Salah from Chelsea in 2016 up before selling to Liverpool in 2017.

And Owen reckons the goal-machine has come on leaps and bounds, claiming Chelsea could not have known how good Salah would be as he was ‘average’ at best in London.

Reflecting on Salah’s goal against Milan, Owen said: “He makes it look so easy, it’s not an easy finish at all.

“He takes it as it’s coming down. A yard lower the keeper saves it, a yard higher he saves it.

“He just makes it look easy. He was an average finisher earlier in his career and now he is just unbelievable.”

But Owen is unsure if Salah will stay at Liverpool much longer, with the ace’s contract expiring in 2023.

Owen added: “This is the last big contract of his career. Where can he go at the minute?

“Spanish football is struggling. These things are complicated and do take time.”