The ex-Manchester United striker suffered a broken leg and a dislocated ankle when blocking the Liverpool defender’s shot during a FA Cup fifth-round clash against Liverpool at Anfield in 2006. 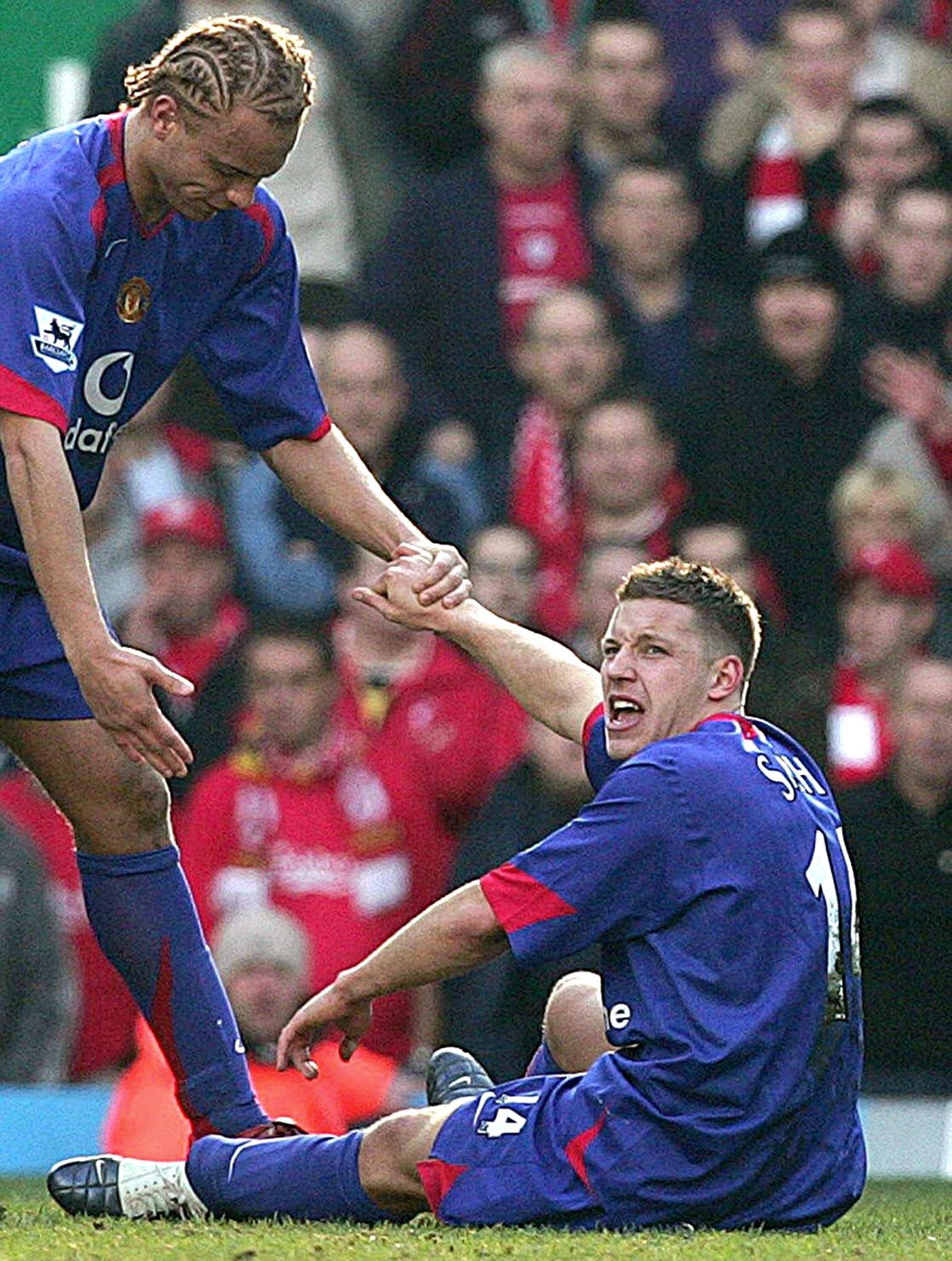 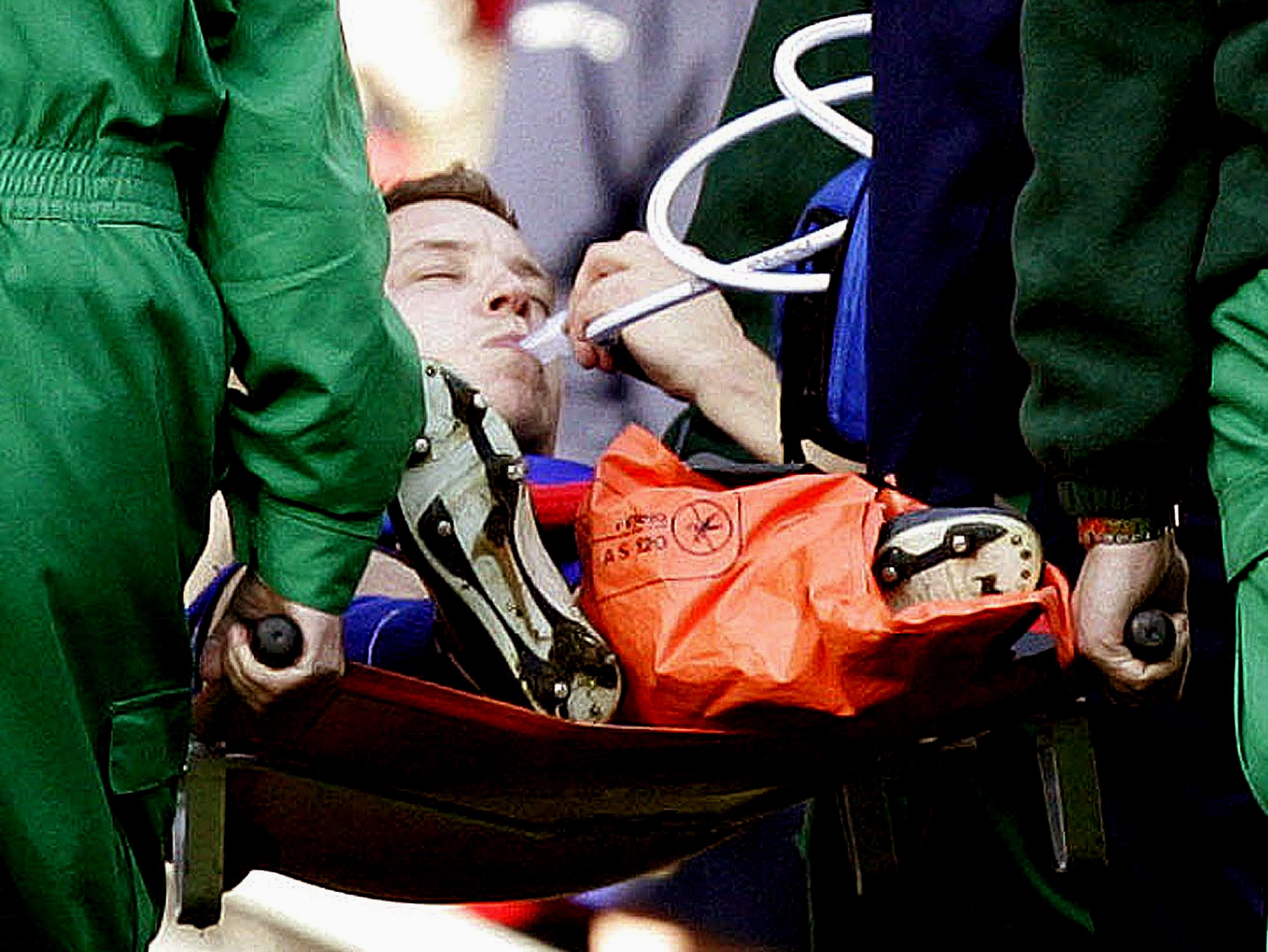 He was stretchered off on gas and air before being sidelined for monthsCredit: AP:Associated Press

Sir Alex Ferguson described the incident – which left Smith with ‘about ten pins’ in his ankle – as one of the worst injuries he had seen.

Smith, now 41, made his comeback for United seven months later after his horrific injury and was still playing for League Two side Notts County until 2018.

And that year, Smith admitted he still suffered from the consequences.

The 19-cap England international said: “I knew with the injury it would be touch and go whether I could carry on playing – the surgeon said that.

“It would have been easier to walk away and people remember you as a top Premier League player.

“But I didn’t want that, because I loved playing football. Your love of it makes you go through the pain barrier.

“Most of people I have played with, and managers, have respected me for staying in football when it would have been easy to walk away.

“Loads of people would say to me, ‘Why I am bothering?’ Whether I was earning £500-a-week or nothing, if people felt I could still contributed I wanted to keep playing.”

Smith continued to the Mirror: “The injury made me a better person after doing so well so young.

“I learnt at any time, football can be over. I am lucky through sheer grit and determination I carried on playing.

“The good people I met lower down the leagues probably drove me on to stay in football longer. But by the end, the day-to-day training was doing more harm than good. 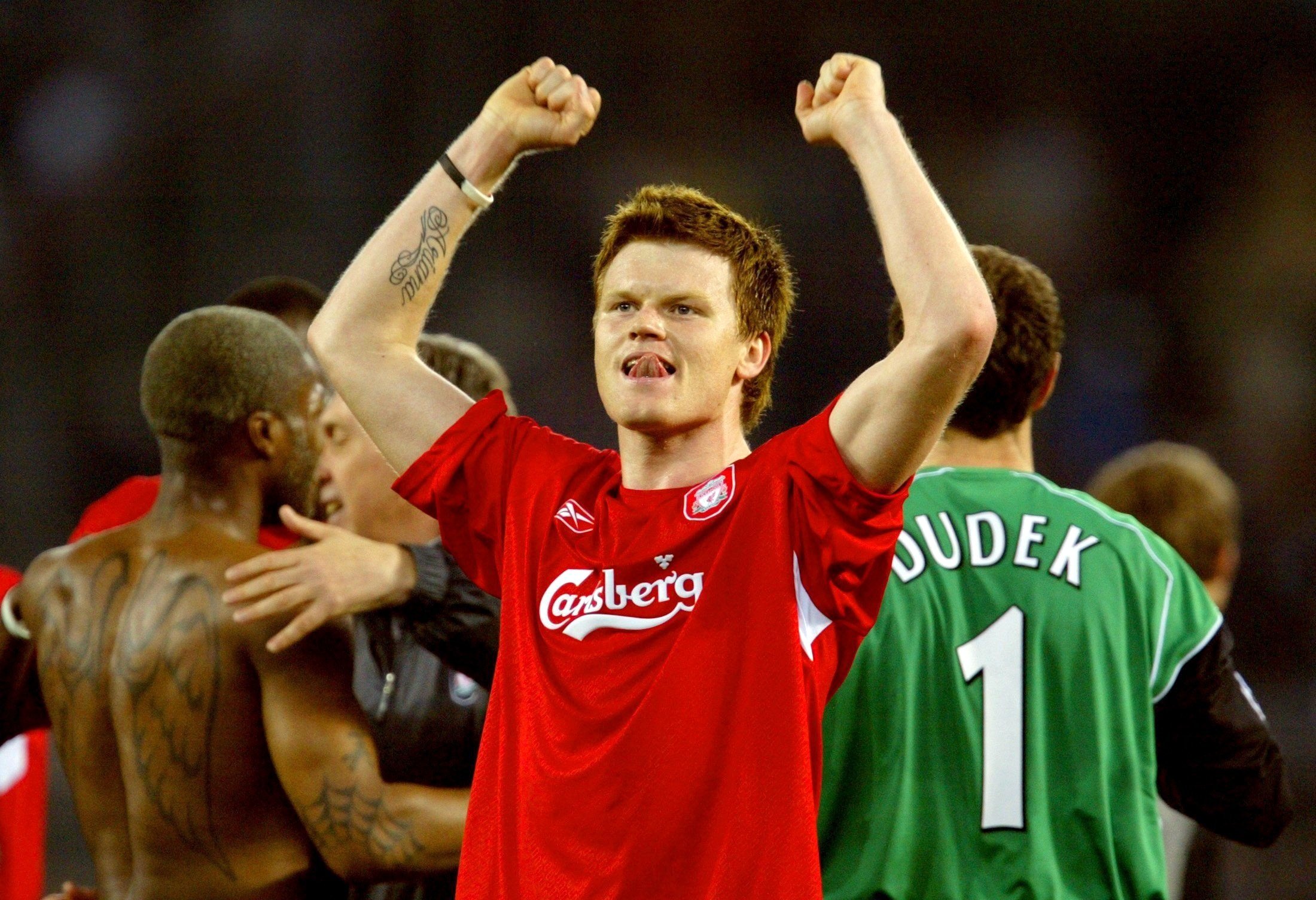 A free-kick from John Arne Riise caused the injury 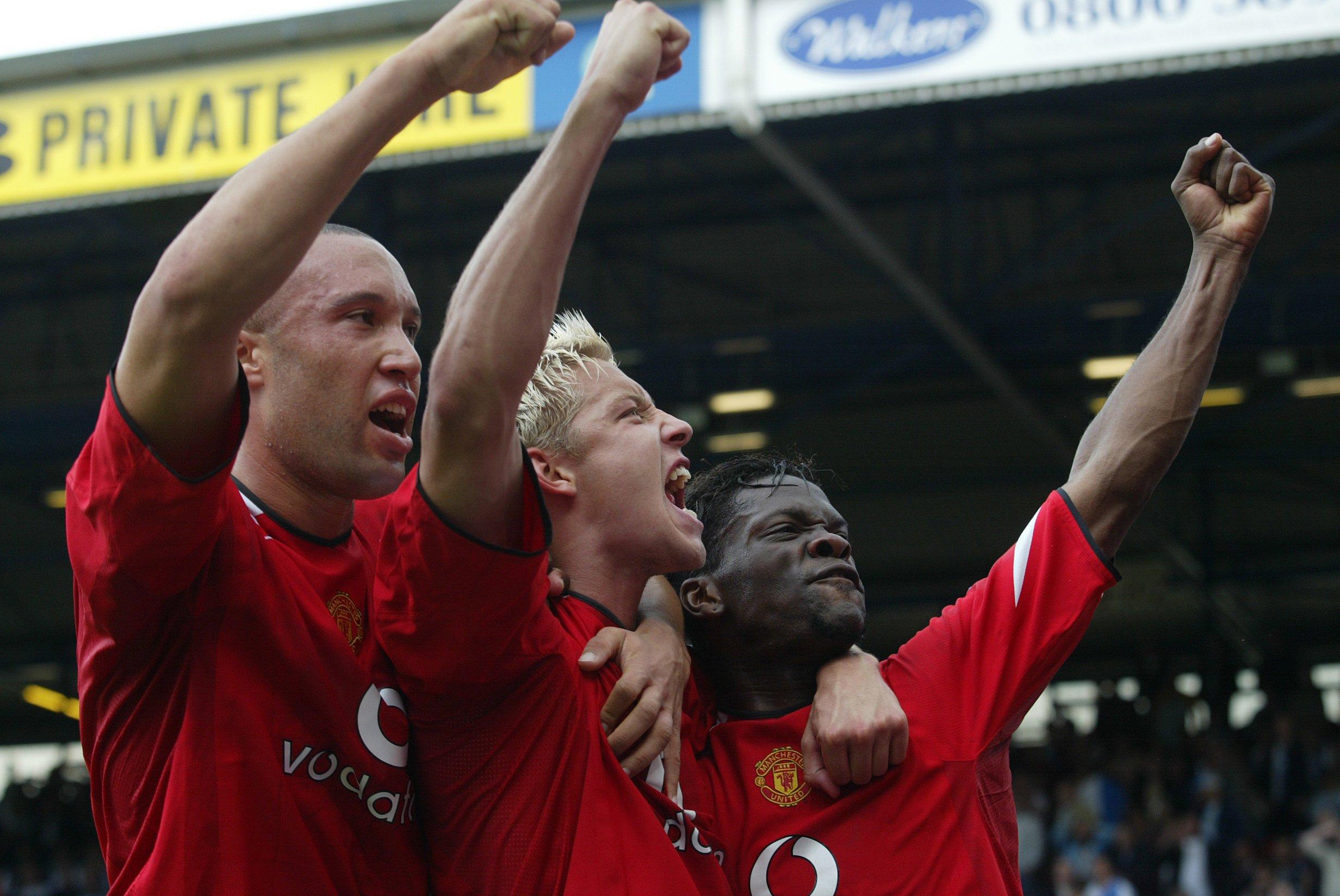 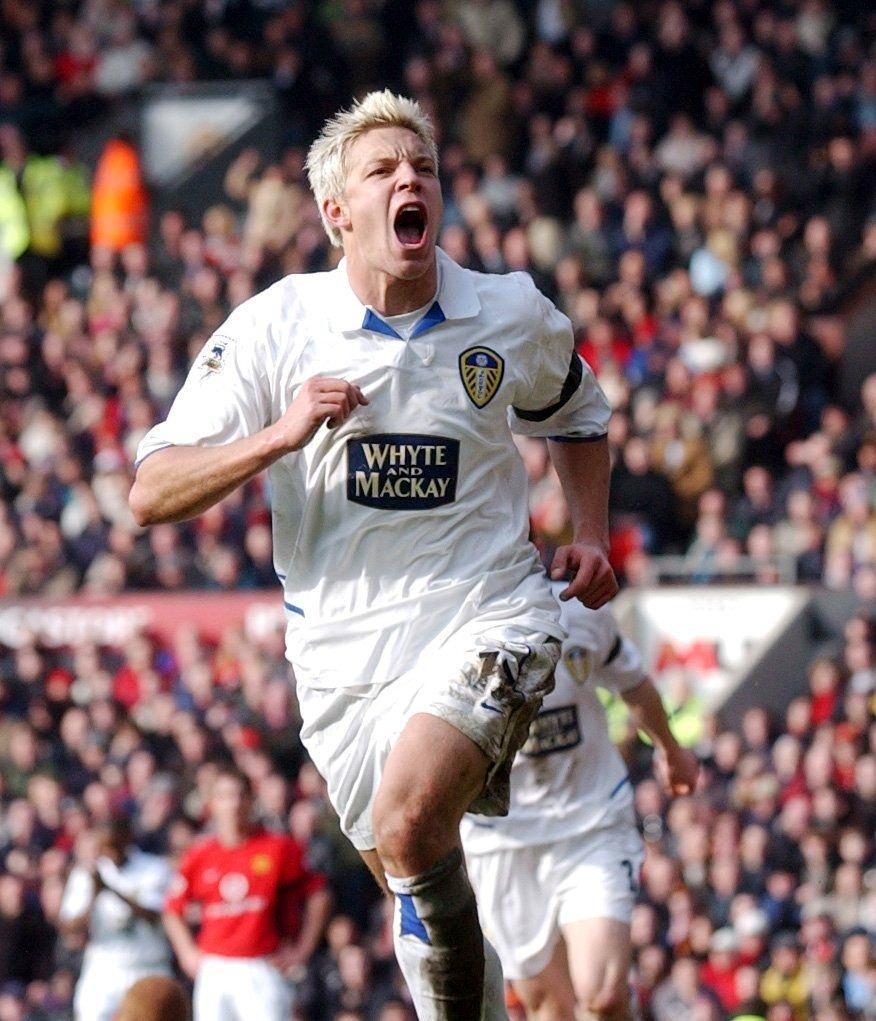 Smith started his career with Leeds and scored in his first-team debut against Liverpool, aged 18Credit: News Group Newspapers Ltd

“I couldn’t compete at a level I felt I could easily before. I get out of bed and can’t walk properly, my ankle is stiff all the time.

“I went for a run in the summer and managed to do a couple of miles but stopped and started walking because my ankle was hurting. I went back last month and the surgeon said, ‘I don’t want you doing any straight-line running’, just because it will damage the joint.

“It is always difficult to walk away but when you see someone and they don’t want you running, you know it is the right decision. I have no regrets, for me I see retiring early being the easy option.”

Smith started his career at Leeds and then joined Man Utd in 2004 for £7million.

He then went on to enjoy a spell at Newcastle three years later, making 84 appearances.

In 2012, Smith dropped down the divisions with MK Dons and Notts County.

After retiring following his release at Notts County, Smith applied for a US visa so that he can move to Florida in his quest to coach youngsters. 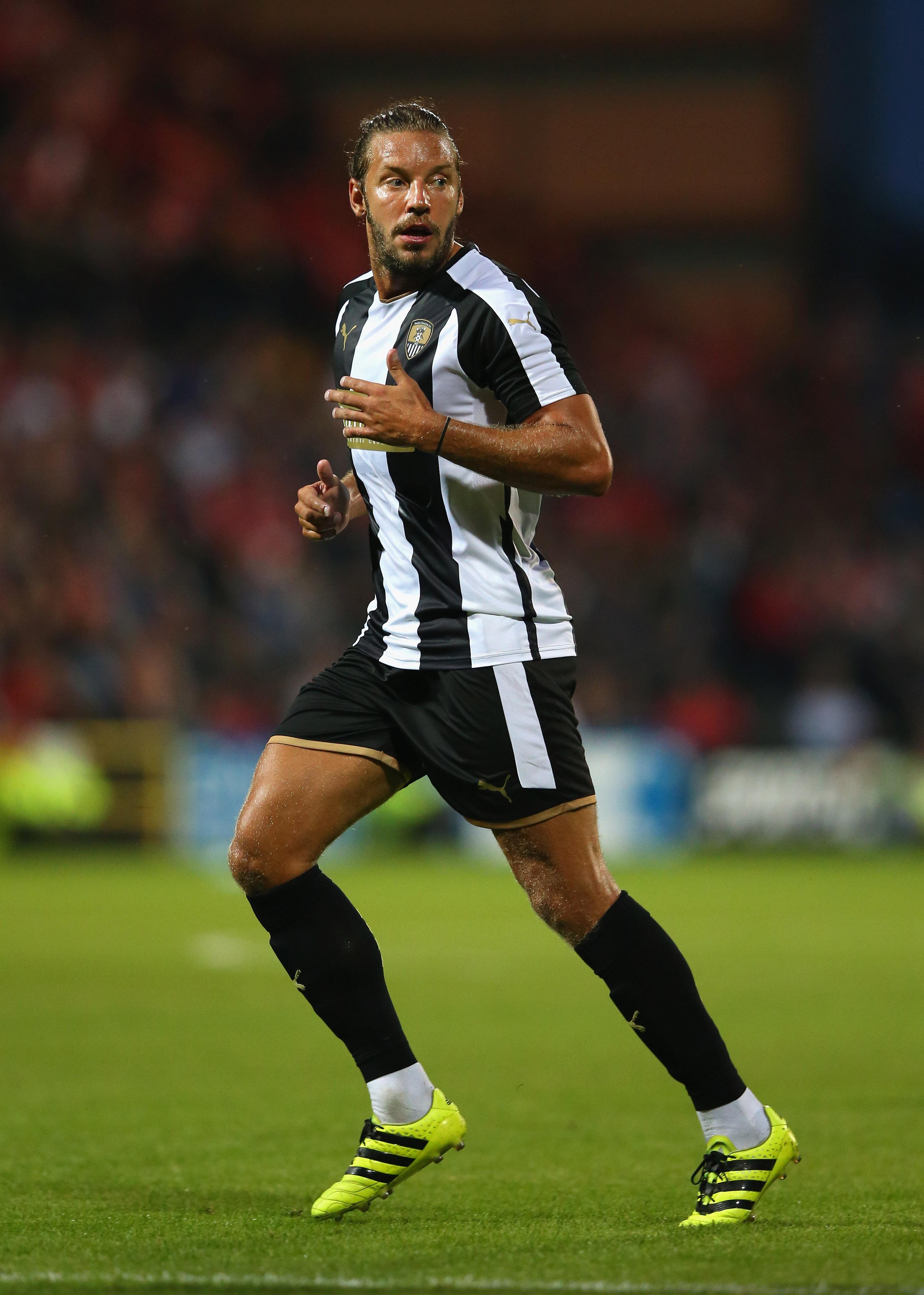 Smith was released by Notts County at the end of the 2017-18 seasonCredit: Getty Images – Getty