ALAN SHEARER’S singing had Gary Lineker in hysterics once again after another hilarious pun.

The ex-Newcastle striker celebrated his 52nd birthday by appearing as a pundit on Match of the Day last night.

Alan Shearer brought back his singing for the second week runningCredit: BBC iPlayer 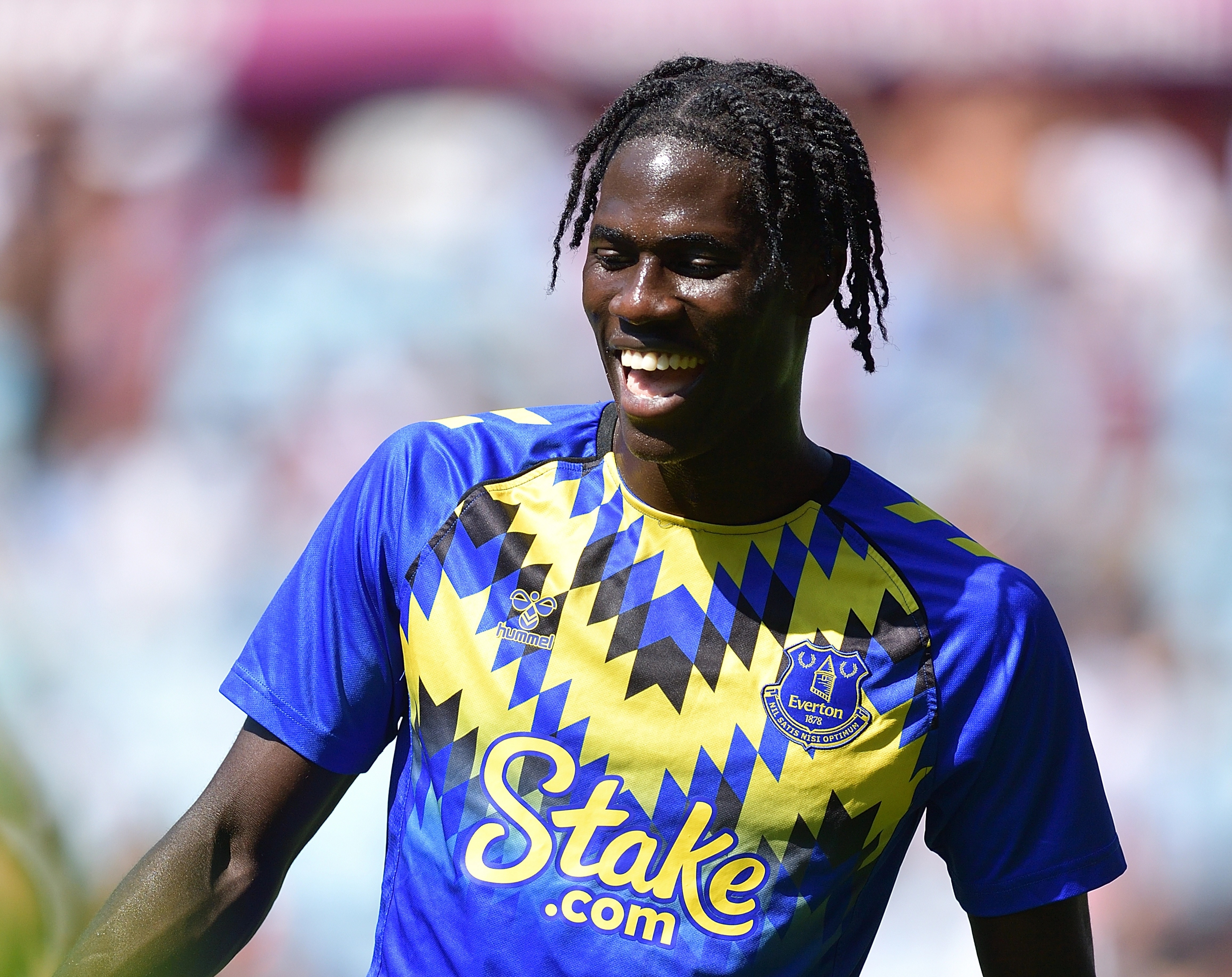 Amadou Onana joined Everton this week – and his name is similar to the Rihanna song What’s My Name?Credit: Getty

And he had viewers giggling away with his brilliant song reference – a week after nailing his Valerie effort while analysing Southampton’s right-back Yan Valery.

This time around it was all about new Everton midfielder Amadou Onana.

The Belgian – a £33.5million arrival from Lille this week – made an eventful debut in the 2-1 defeat at Aston Villa.

He came off the bench and gave the ball away for what proved to be Emi Buendia’s winner before forcing Lucas Digne’s own goal and then spurning a glorious chance to equalise late on. 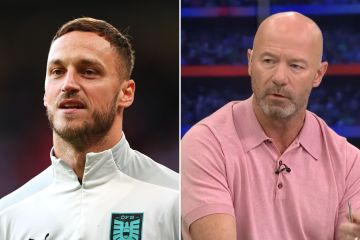 And Shearer could not resist the cheeky joke when looking at his performance – set up by sidekick Micah Richards in the BBC studio.

The Premier League’s record goalscorer said: “And then the Everton substitute comes on and gives the ball away…”

Richards chipped in: “What’s his name?”

Shearer then immediately sang: “Onana,” to the tune of Rihanna’s hit What’s My Name?

Richards burst into his trademark cackle while Lineker supressed his laugh by saying: “Oh no!”

The trio struggled to hold their composure as they unpacked the Villa winner.

Lineker added: “You’re on song at the moment aren’t you?

“Valerie last week, Onana this week. Alan, oh no no.”

Shearer defended himself: “I had to do it.”

Later on in the programme, Lineker suggested if he had any Cher songs as they looked at Fabian Schar’s performance for Newastle.

And after Aleksandar Mitrovic’s frustrated swipe on Morgan Gibbs-White, Richards added: “Like everyone at home in front of the TV listening to Alan’s singing… angry!”

Let’s be honest, though, fans loved it and enjoyed the musical banter.

One said: “Valerie last week, Onana this week. The Songs of Shearer are becoming a theme…”

And a third added: “Okay I laughed at Alan Shearer signing Onana. Time for bed.”

Debating the shocking 4-0 defeat at Brentford, he said: “Is that the best that they can perform, last weekend and this weekend? Absolutely not.

“I’m convinced someone from Man United leaked the story linking them with Marko Arnautovic just to see what the reaction was.

“The reaction was that bad they then had to pull out. I’m pretty convinced that was [leaked].”