REFEREE Janny Sikazwe, who infamously blew the full-time whistle FIVE MINUTES early during an Africa Cup of Nations match earlier this year, will officiate at the 2022 World Cup.

The 42-year-old Zambian has been selected for the Qatar-based tournament later this year despite a shambolic performance which caught global attention back in January.

Sikazwe was guilty of blowing up early on TWO occasions in the Afcon matchCredit: Reuters 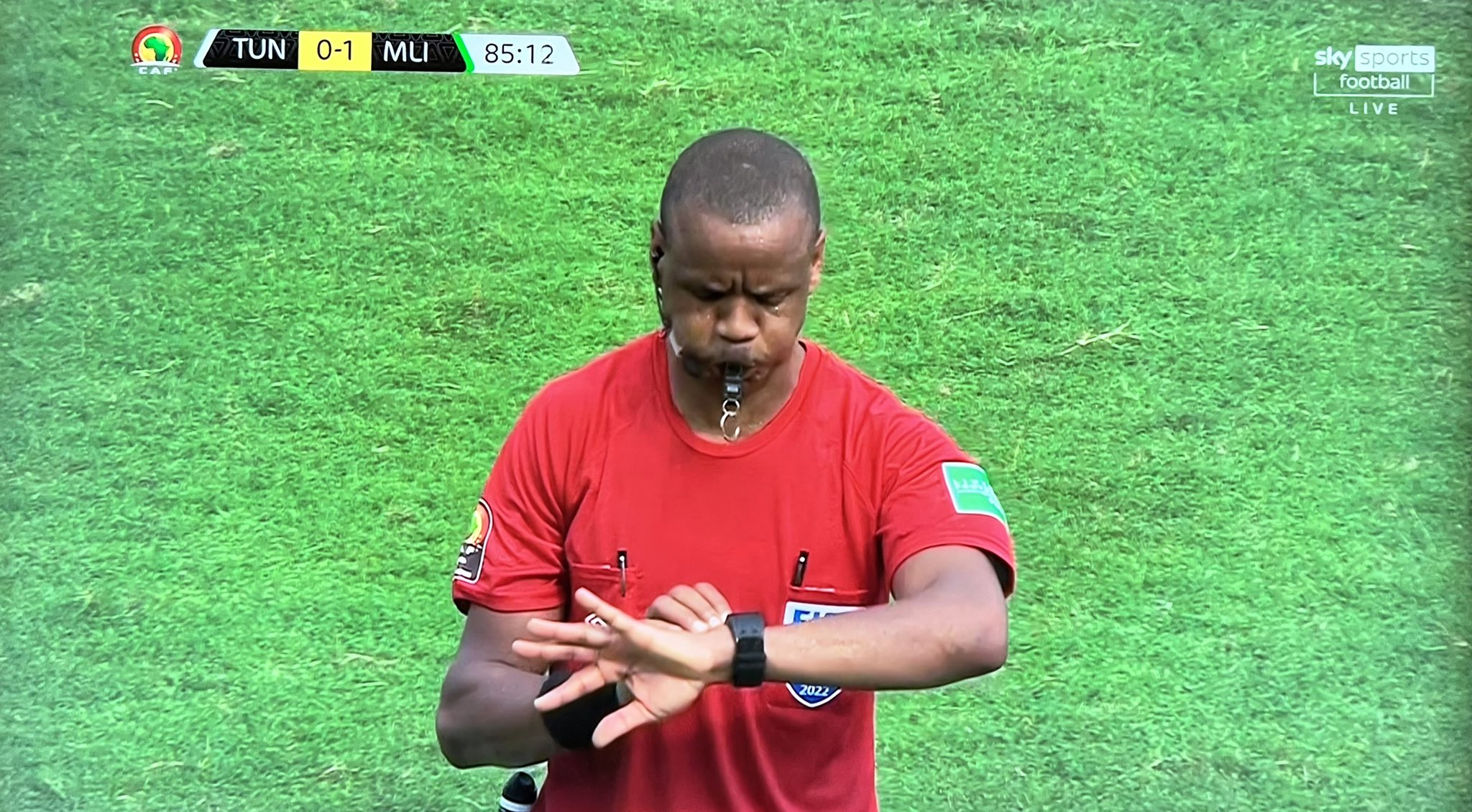 Mali beat Tunisia 1-0 in their Group F match at the Cup of Nations, but it was ref Sikazwe who stole the show for all the wrong reasons.

He first awarded a penalty early in the second half after Ellyes Skhiri was deemed to have blocked Boubakar Kouyate’s shot with his arm.

Sikazwe awarded another penalty with just 15 minutes on the clock after Wahbi Khazri’s shot smacked into Moussa Djenepo’s hand.

The ref originally missed the handball and needed VAR to bail him out.

The referee blows the whistle before the 90 minutes are up…

Incredibly, Sikazwe then blew for full time on just 85 MINUTES – before enraged Tunisia officials pointed out his simply bizarre error.

Sikazwe then sent off sub El Bilal Toure two minutes later for a slightly late challenge which was worthy of a yellow card at worst.

He was instructed by VAR to look at it again, but after a glance at the pitchside video screen, he stuck by his decision.

And to make matters worse, he then called for the end of the game early AGAIN.

This time, the ref blew his whistle with 15 seconds of the 90 minutes still to go – ignoring the three minutes of time to be added on for stoppages – which included the VAR pause and a water drinks break.

Sikazwe later explained that he was suffering from heatstroke and this was why he attempted to prematurely end the match.

He said: “I have seen people going for duties outside the country and come back in a casket.

“I was very close to coming back like that. I was lucky I didn’t go into a coma. It would have been a very different story.

“I think God told me to end the match. He saved me.”