NO less than FIVE Premier League stars have made this year’s Africa Cup of Nations Best XI.

Liverpool duo Sadio Mane and Mo Salah, Chelsea’s Edouard Mendy, Arsenal’s Mo Elneny and Leicester’s Nampalys Mendy all feature in the star-studded side after an incredible month of action. 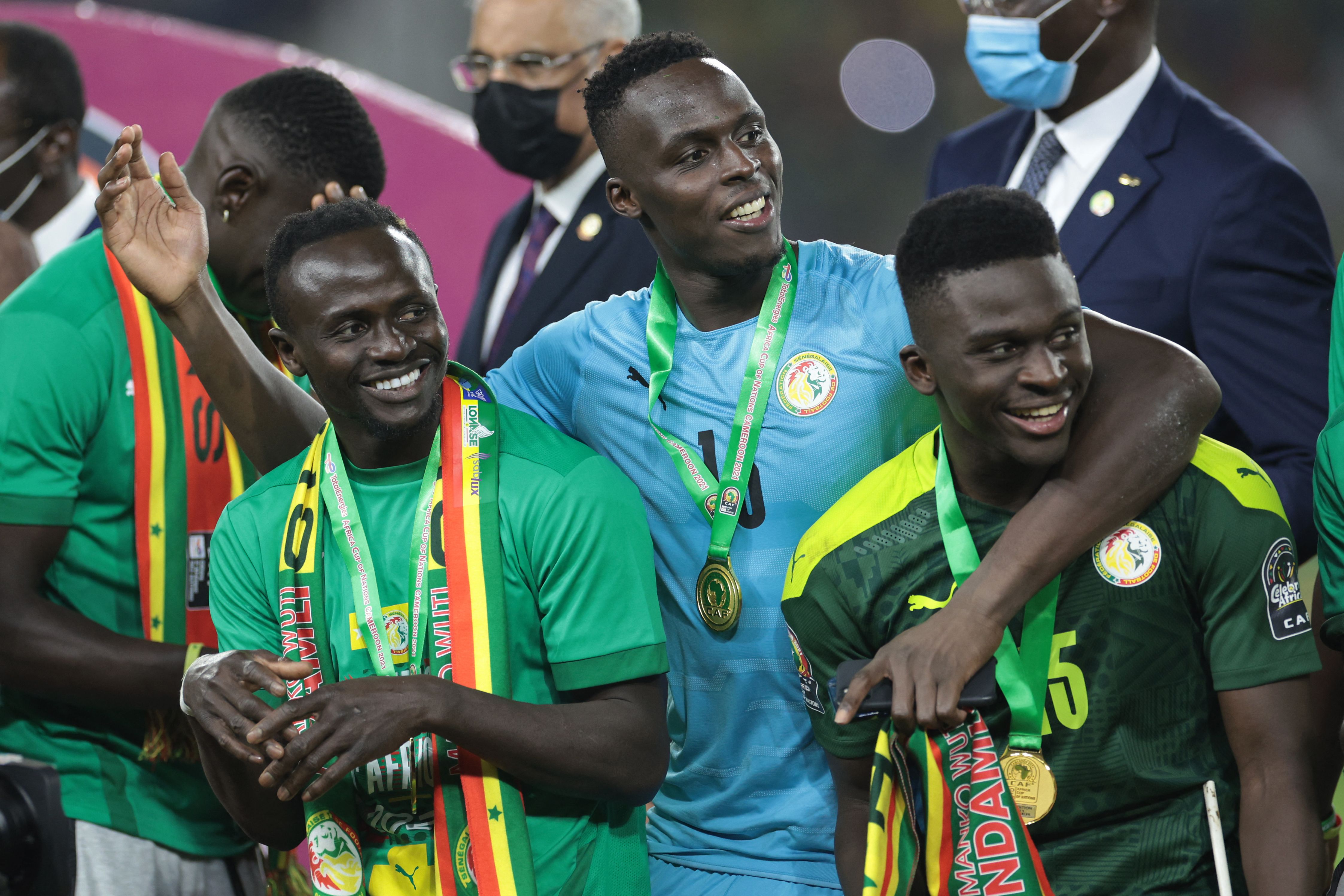 Afcon 2022 winners Sadio Mane and Edouard Mendy have been named in the tournament’s Best XICredit: AFP

Blues goalie Mendy has been named between the sticks after leading Senegal to victory in Sunday’s final against Egypt.

He saved a penalty in the shoot-out to cement his status as one of world football’s leading stoppers.

And Mendy, also named Goalkeeper of the Tournament, has now added an Afcon win to last year’s famous Champions League victory in his debut Chelsea campaign.

At right-back is Morocco and Paris Saint-Germain star Achraf Hakimi, with Senegal and Nancy’s Saliou Ciss on the left of defence.

While a fearsome attacking triumvirate of Salah and Mane is completed by Al Nassr’s Cameroonian ace Vincent Aboubakar – the tournament’s top scorer.

Liverpool pals Salah and Mane – the Player of the Tournament – had to put friendship aside in the weekend’s final.

Mane missed a penalty in normal time as the game went into a shoot-out.

But he made amends by slotting home the winning kick, leaving Salah unable to take one.

Mane’s ultimate triumph also saw him bounce back from concussion during the quarter-finals.

And it has since been claimed the forward made a kind-hearted gesture while in hospital by paying for a boy’s life-saving treatment.