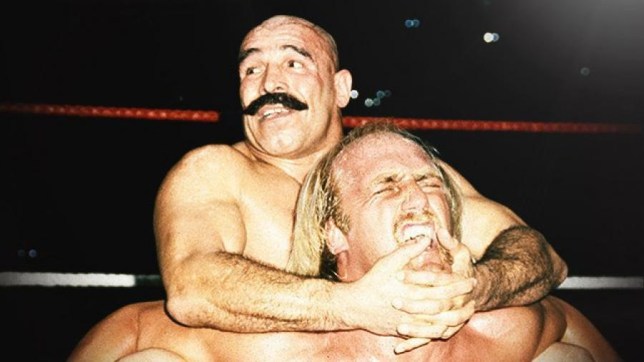 Sheik didn’t hold back – and neither did Wendy’s (Photo: WWE)

Hulk Hogan got roasted this week as a fast food brand and legendary WWE rival tag teamed him on social media.

The Iron Sheik and Wendy’s came together in unity and trolled the Hall of Famer, becoming best friends in the process and throwing another curveball into the mix for 2020.

Sheik’s official account starting the exchange, simply asking the company: ‘HELLO @wendys WHERE IS THE BEEF? TALK TO ME BUBBA. (sic)’

It didn’t take long for the restaurant’s social media team to response, and they immediately brought up the Hulkster.

They replied: ‘Hey bubba, the beef is in our cheeseburgers which are great unlike that jabroni hogan (sic).’

Hey bubba, the beef is in our cheeseburgers which are great unlike that jabroni hogan

Shots fired indeed – and Sheik was clearly delighted with the response.

He asked: ‘WENDY BUBBA DID WE JUST BECOME THE BEST FRIENDS? (sic)’
Wendy’s replied: ‘You know it bubba. The real respects the real.’

He wasn’t done there though, and even fired another shot at Hogan before moving onto other topics.

The former world champion wrote: ‘HULK HOGAN YOU ARE WORSE THAN THE ROBOT TELEMARKET CALLS WHILE I AM TRYING TO WATCH MY SHOWS. (sic)’

What a time to be alive.

The bizarre and hilarious exchange came after Hogan shared a fantastic and rare out of character throwback photo posing alongside the Wild Samoans.

Swapping his memorable tights for dark jeans and a Los Angeles Dodgers T-shirt, Hulk also showed off relatively long blond hair in the snap, completing the look with a pair of shades as he posed with Afa and Sika.

Flashing the thumbs up for the camera, the former world champion was still carrying his handlebar moustache – we’re not sure we’d be able to cope otherwise.

Referring to the trio as classic wrestling villains, he wrote: ‘Old school heels.’