In India, 94 percent of women are employed in the unorganised sector. While some of these women were able to make ends meet before the first and second wave of the coronavirus, they are now left marooned as 97 percent of India’s households recorded a decline in their total income.

Before the nationwide lockdown was imposed in India in March 2020, Rashmi Khatoon’s Community Childcare Centre (CCC) – a crèche set up in her Baiganwadi home in Mumbai – had 20 children enrolled. However, with the COVID-19 pandemic reinforcing the precariousness of the country’s informal sector last year, the brunt of reduced working hours and unemployment fell on disenfranchised workers such as Khatoon, and many like her. After the lockdown, Khatoon went from caring for 20 children at the crèche, in turn adding a sum of Rs 5,000 to her monthly family income, to having a newly-unemployed husband, and earning a total of Rs 3,000 a month for a family of four.

During the first wave of COVID-19

in the country, Indians saw visuals of 1 crore defenceless migrant men and women workers make perilous journeys home, on foot. Some perished, some survived. However, far from that spectacle, another section of informal workers settled in different parts of the country live on: these are India’s working-class women, some of whom are running households single-handedly, without aid that is usually accessible, and often reserved for the middle-class.

Women in the labour force

In India, 94 percent of women are employed in the unorganised sector. While some of these women were able to make ends meet before the first and second wave of the coronavirus

, they are now left marooned, with over 97 percent of India’s households recording a decline in their total income.

For Khatoon, caring for 20 kids in pre-COVID times would leave her with enough money to cover rent, food, her children’s tuition fees, and utility bills like water and electricity. However, with just eight children to look after now, the mother of two says she hasn’t paid her rent and electricity bill in three months. “My electricity connection has been cut due to non-payment. We are being frugal with our meals as there just isn’t enough, and I also need to feed the kids who come to my childcare centre. With my husband not earning anything, I often stay up at nights thinking about what the next day might throw at us.”

isn’t unique. “Whenever there’s a huge level of unemployment, women get further marginalised. One reason is because the tendency on the supply side is that men will go out and work. In terms of demand, people prefer male labour force first,” says Dr Arun Kumar, CEO of Apnalaya, an NGO that works for the welfare of the urban poor in the several slum clusters of Mumbai’s M East Ward. Out of the 45 CCCs that Apnalaya used to help run in the area, where women like Khatoon were welcome to find employment, only 23 have been functional after the second wave. While unemployment seems to be the root cause of the destabilisation of working-class women in many cities, the effects have severely impacted the budgets they would traditionally allocate for medical expenses, food, and other utilities.

Speaking from Jaunpur, Uttar Pradesh, Ruby Akhtar, who had a low-paying sewing job before the pandemic, recounts moving back to her village two months ago. With three kids and a husband to feed, Akhtar, like several other women in the community, exhausted her wages from tikli-moti work. However, after fracturing her foot last April, both work and medical attention became scarce. “My treatment was delayed because the municipality clinic was shut. So I had to ask a relative for a loan to get my broken foot checked. I didn’t get any benefits from the business owners I worked for.” For the Akhtar household, the drop in the total income together with Ruby’s medical bills meant a more modest food budget. ‘We are eating as little as possible, so that we don’t have to spend more money on food’. YouTube Screengrab/Apnalaya India

As we’ll see, restricting food expenses as a method to cope with the aftermath of the pandemic has been observed in other parts of the country as well. In the states of Tripura, Meghalaya, Assam, for women who are part of the informal sector, nutrition has taken a hit. Pradyut Bhattacharjee, executive director of Seven Sisters Development Assistance (SeSTA), says women in rural areas, previously dependent on farming or sporadic jobs generated under the MNREGA scheme, are still reeling under the weight of the first lockdown. “Various studies conducted by SeSTA document that women have cut down on food, because in a patriarchal society, it is commonly accepted that men are more productive, and therefore, must be well-fed.”

Apart from an acute shortage of food, several disenfranchised women have reported higher levels of anxiety and depression during and after the lockdown months. With stronger male presence at home, the spaces which were earlier occupied and enjoyed by these women alone, have now become burdensome. “There have been increased cases of domestic violence and abuse among women in the informal sector. This has had direct implications on their family life as well,” reveals Bhattacharjee. His organisation is now trying to remedy that by facilitating psychosocial counselling for women in rural Northeast.

Akhtar’s story, while not unheard of, is more telling when viewed in the larger context of the integration of working-class women into healthcare and formal financial systems. In Revisiting the Margins, a community needs assessment conducted in June 2020, the NGO Apnalaya found indebtedness to be a common financial outcome of the pandemic. The report states that more than 50 percent of households had incurred personal debt in the lockdown months. Out of these, 70.5 percent had done so to meet health-related expenditures, like Akhtar. To make matters worse, 87.2 percent of the respondents reported borrowing from non-financial institutions.

What do these numbers mean for a community where most members fall in the informal sector, and are not part of a social security net? “If people are taking loans from non-financial institutions and are not included into the financial system, the rate of interest they would end up paying would be much higher. If we talk about formal aid, about 53 percent of informal workers, including women, did not receive any social security benefits in 2018-19, according to a study by Centre for Policy Research (CPR). 70 percent of informal workers, including women, are not registered, according to one rapid assessment study conducted in Mumbai recently. So even the welfare payment of Rs 1,500 for such workers in lockdown is not accessible to all,” explains Kumar.

When women are marginalised, women with disabilities are completely invisibilised, says Dr Asha Hans, founding member of Shanta Memorial Rehabilitation Centre (SMRC), Orissa, and Founder Director, School of Women’s Studies, Utkal University. With multiple ongoing empowerment programmes in the three states of Telangana, Gujarat, and Orissa, SMRC has tried to ensure that women with disabilities have some source of livelihood to sustain themselves. However, according to Hans, 100 percent of them lost whatever informal work they had during the first wave. “Disabled women [supposedly] don’t produce the input required for labour, thereby failing to meet the standard set by the government. So their option is to work on their own. This means that one will have some degree of familial support, which is extremely rare – since you are, firstly, a woman, and secondly, disabled. So you fall out of that circle of support because your capacity to work is not understood,” she posits.

One of the recurring questions that has emerged in the larger discourse on India’s informal sector is the “formalisation of the informal sector”. To put things into perspective, certain Indian labour unions such as the Construction Workers Federation of India claim that out of 6 crore construction workers in the country, only about 3.5 crore are registered with welfare boards. So any government aid eludes the remainder of this population. “The nature of employment for around 90 percent workers in India’s labour market is informal, according to the CPR study. If 90 percent of something is called ‘informal’, what is informal about it? This ‘informality’, in other words, vulnerability, is beneficial to someone — to sarkaar or bazaar is beneficial to somebody. It’s important to emphasise that it’s not an accident that so many people are informal. It’s part of a design,” warns Kumar, “and that’s the worrying part.” SeSTA’s Nutrition Garden is a proven model of improving income among women farmers. Image via SeSTA

That is precisely the reason why it is imperative to bring in working-class women into the social security net. Moreover, it has been observed by field workers associated with organisations like SeSTA and SMRC that women in the informal sector often benefit from empowerment programmes conducive to gaining access to entitlement. While the pandemic may have impeded that progress due to extended immobility, digital literacy is still being promoted among working-class women. Moreover, several of them who could embrace technology are already seeing results. “Even though some of these women workers had smartphones earlier, they didn’t know how to use them. But after receiving some training, they can now access YouTube videos for ways to improve their existing agricultural practice. There has also been a recorded increase in the usage of online payment methods like UPI since the beginning of the pandemic,” reveals Bhattacharjee.

At a time when limited interactions within community, an exponential rise in care work at home, coupled with unprecedented financial shock have contributed to the isolation and anxiety of the women who occupy the working class in India, many have managed to get by. Interestingly, the second wave of COVID has eased women into forming solidarities with each other. “In the case of disabled women who might have access to a support group, they have been able to realise their leadership potential – they don’t have to be nudged into action. They very well know how to work around the system,” Hans asserts.

Ultimately, it’s not a ‘grand scheme’ that might catalyse the upliftment of India’s working-class women. Experts believe that focusing on small interventions like SeSTA’s Nutrition Garden – a proven model to increase the value of agricultural activity among women farmers, resulting in a substantial increase in income and overall nutrition – is key. Moreover, the registration of informal workers with labour welfare boards must materialise soon. And on a larger scale, which would be indicative of the kind of society we are, “A change in the way we, especially the urban people, look at labour, in general,” remarks Kumar. 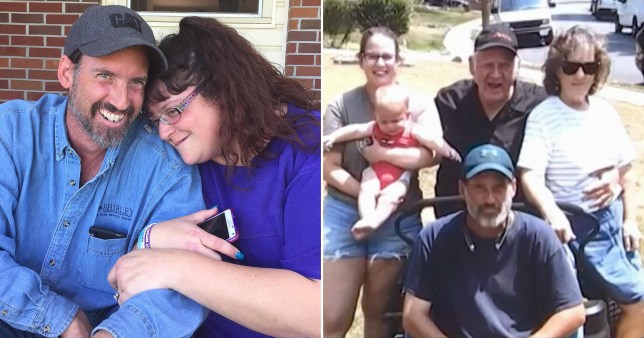