The victim’s father told media they complained in 2018 about one of the accused harassing their daughter. But they withdrew the complaint to ‘protect their daughter’s image’ 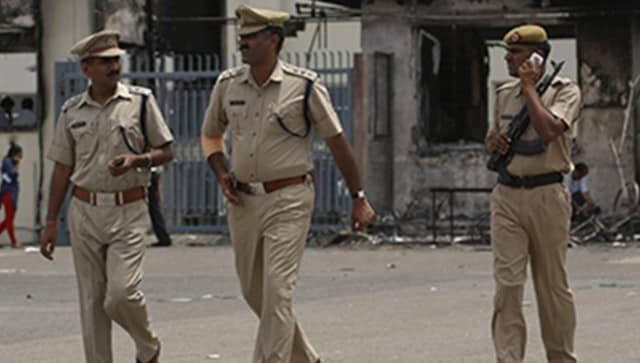 A 20-year-old woman was shot dead outside her college in Haryana’s Faridabad district on Monday afternoon by two men.

According to a report by The Times of India, one of the two accused has been arrested by the police. The incident took place around 3.45 pm, when the final year B.Com student, Nikita Tomar, came out of the Aggarwal College after giving her exam. As she stepped out of the premises, with a friend, an i20 car with two occupants stopped beside her and one of them tried pulling her in. He opened fire when she started resisting and raising an alarm. The girl was shot in her chest, while the shooter and the driver absconded in the car.

According to a report in NDTV, Faridabad Police Officer OP Singh revealed Touseef (one of the two accused), and Nikita knew each other and the former had kidnapped her in 2018 as well. The name of the associate was Rehan. Both accused have been arrested.

The report mentioned Nikita’s father saying that they had earlier complained in 2018 about Touseef harassing their daughter but had withdrawn the complaint to protect their daughter’s name.

It added that the National Commission for Women has taken note of the incident and has written to the Haryana police chief to ensure prompt justice in the matter.

Both accused involved in the brutal murder of a girl student in Faridabad last evening arrested. The murder weapon has been recovered. An SIT led by ACP Crime Anil Kumar will ensure quick probe & time-bound trial to ensure justice to the family: Haryana Home Minister Anil Vij pic.twitter.com/1BR8MUi0MZ

As per a report in Times Now, ACP Ballabgarh Jaiveer Singh Rathi revealed that Nikita succumbed to her injuries. He further added that Touseef hailed from Sohna.

The Indian Express reports that in his complaint to the police, the victim’s brother alleged that the accused used to harass the victim and shot her because he held a grudge.

An FIR has been registered under Sections 302 (murder), and 34 (common intention) of the Indian Penal Code (IPC) and Section 25 of the Arms Act.