Kat Araniello said she was told her case was a ‘slam dunk’ before it was discontinued (Picture: PA)

A woman who claims she was raped in her own home has said she ‘felt lost, furious and worthless’ when her ‘slam dunk’ case was quietly dropped by the Crown Prosecution Service (CPS).

Kat Araniello, 44, said one officer was so convinced her alleged attacker would be convicted that she told her ‘she would hand her badge in’ if he walked free. But the prosecution was discontinued three months later after the CPS decided Ms Araniello ‘did not look distressed enough’ in her police interview – hours after the second of two alleged attacks.

Ms Araniello, who has waived her right to anonymity, said: ‘I felt empty when the case was dropped – lost, furious, worthless. I was scared, I didn’t want to go home, I was having nightmares, I was worried about my safety.

‘Nobody prepared me for this being a possibility – I was told he was going to get convicted. I was prepared to give evidence at trial if necessary. So, I left feeling there was no justice in this world.’

Ms Araniello, a mum-of-one from Hertfordshire, said she was raped twice some years ago by a man she had recently started seeing.

She fled the house after the second alleged attack, in which she claims the man used knives, and told a friend, who contacted police.

Ms Araniello initially denied anything untoward had happened because her alleged attacker remained nearby, but said she tried to signal to officers that there was a problem.

She contacted police two days later and was optimistic about getting justice, adding: ‘My police officer was really good.

‘She came to my home, interviewed me, and said she would hand her badge in if he wasn’t convicted. I was told it was a “slam dunk case”.

‘She was so upset when it was dropped.’

Ms Araniello said she felt let down throughout the process. 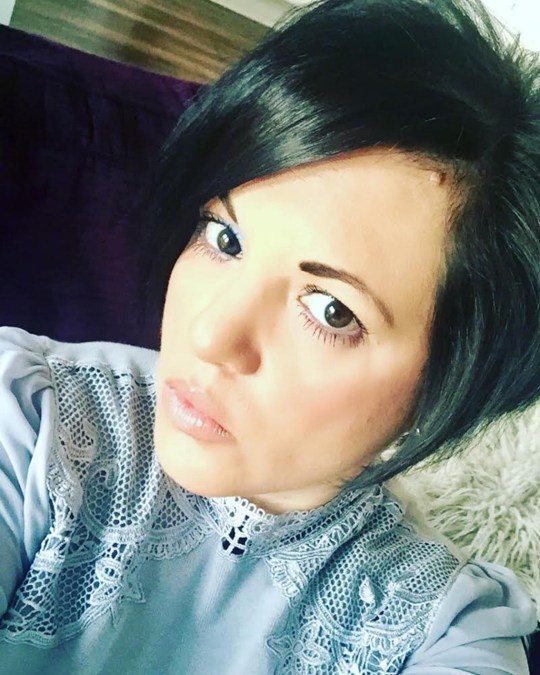 Ms Araniello said she was only told the case had been dropped after the suspect had been released from custody (Picture: PA)

Rather than police seizing evidence from her home, she says she was told to collect it herself and walk through town to drop it into her local police station.

And she said she was only informed the case had been dropped after her alleged attacker had been released from custody, meaning she had no idea whether she might bump into him in the street.

She went on: ‘I thought: “How has this happened?” I am a credible witness and I have all this evidence. I know it comes down to my word against his, but with the evidence I thought: “There is no way they will believe him over me”.

‘There were text messages from him after the first rape telling me he was “so sorry”, he said he wanted to kill himself – you don’t send those messages if you break a cup or something.

‘It was like they were saying I wasn’t actually raped.’

She added: ‘They (prosecutors) said my behaviour during my interview with police was normal, that I “didn’t look distressed enough”.

‘I asked them if they knew about trauma responses (how people react to sudden and painful experiences), and they didn’t even know what they were.

‘That’s a problem with a lack of training, yet these are the people making the decisions. The CPS needs new leadership, new blood, and a lot more training about rape.

‘It’s not just the victim who this decision affects. I’ve lost friends and fallen out with certain family members because of what they believe. I couldn’t parent my child properly.

‘I am still getting therapy, three years on, and thank goodness because it has been vital. My company paid for it and to be honest it’s saved me.

‘If I can feel that low, God help anybody who doesn’t have that support.’ 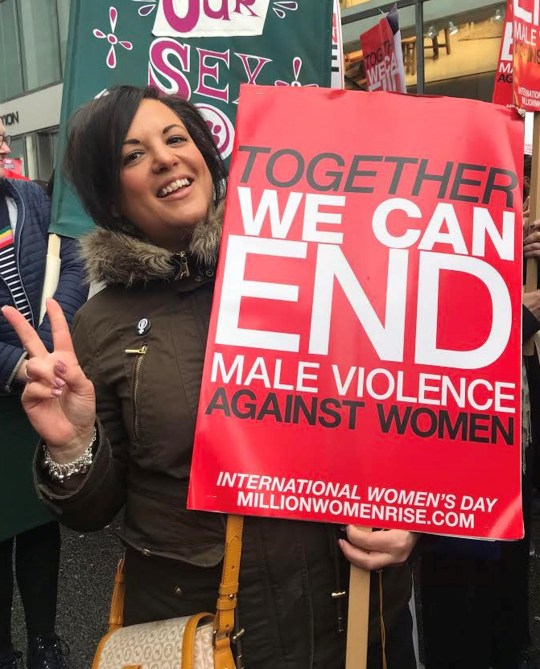 Ms Araniello said she felt let down throughout the process (Picture: PA)

The latest CPS figures for 2019-20 show 1,439 suspects were convicted of rape or lesser offences in England and Wales last year – the lowest level since records began, and down from 1,925 the previous year, despite reports of adult rape to police almost doubling since 2015-16.

There are an estimated 128,000 victims of rape and attempted rape a year, but only 1.6% of reported cases results in a charge.

The government has published its Rape Review examining the slump in convictions.

It looked at evidence of allegations being reported, how they are dealt with by police and prosecutors, the decision to bring charges and outcomes in court.

The review, which was commissioned more than two years ago, said: ‘The current situation is totally unacceptable, and the government is determined to change it: we owe this to every victim and are extremely sorry that the system has reached this point.’

Justice Secretary Robert Buckland QC and Home Secretary Priti Patel have both said they were ‘deeply ashamed’ by the downward trends in bringing sexual offenders to justice.

They cited a raft of measures intended to see the volume of allegations referred by the police to the Crown Prosecution Service (CPS), the number of suspects charged, and the number of cases reaching court return to 2016 levels by the end of this Parliament.

Measures include a pilot scheme aimed at reducing cross-examination of victims in court by conducting pre-recorded interviews, a nationwide recognition that only evidence about the complainant that is pertinent to the case should be used, and a new approach to investigations which ensures that there is an ‘early and robust assessment of suspect behaviour and offending patterns’.

– What is the rape review?

In short, it is a root-and-branch examination of the whole system. This included looking at evidence of allegations being reported, how they are dealt with by the police and the Crown Prosecution Service (CPS), the decision to prosecute, and the outcomes in court, across England and Wales.

Absolutely. Campaigners said the review, which was commissioned in March 2019, was crucial to getting to the bottom of why rape prosecutions are plummeting, despite an increase in people coming forward with allegations.

– What are the figures that support the claims that such a review was needed?

The latest CPS data, published last summer for the year 2019/20, showed just 1,439 people were convicted of rape or lesser offences, down 25% from 1,925 the previous year. It represented a record low. There are an estimated 128,000 victims of rape and attempted rape a year, but only 1.6% of all reported cases result in a charge.

– So what does the review recommend?

A cultural and systematic change. The idea is to increase trust in the judicial service, make the experience less traumatic for victims, and bring about guilty pleas without the need for a trial by building solid cases.

There are a range of measures. Firstly, police will move towards a default investigatory model that recognises the prevalence of serial offending in rape and sexual offences, with a greater emphasis on the behaviour of the suspect rather than, as Justice Secretary Robert Buckland QC described it, ‘the obsessive focus on the credibility of the victim’.

– OK, so does that mean someone reporting a rape will not be asked what they were wearing or how much they had to drink?

No, it does not mean that. Investigations will still have to be made. Likewise, there will be times when complainants will be asked to hand over their phones for investigation. But police will only look at evidence that is relevant and proportionate, and Mr Buckland said victims do not need to worry about their ‘whole life being on display’. Phones should be returned to the complainant within 24 hours, the Government said.

– What about the court process?

There are plans for a pilot scheme where alleged victims pre-record their cross-examination and re-examination by defence and prosecution lawyers, so that it can be done away from what can be an intimidating court environment.

– But what about actually getting to the court process?

The Government has pledged, in consultation with victims and those that support them, to commission a support service that it says will provide rape victims with easily accessed immediate support, whenever and wherever they require it.

– So do we know whether all of this is going to work, will the streets and homes be safer?

It is impossible to state definitively. But the Government has proposed ‘scorecards’ to measure the effectiveness of these new measures in an effort to work out what is effective and what is not.

Katie Russell, national spokesperson for Rape Crisis England and Wales, said the review contained many positives – not least the apology – but said she was concerned about a lack of urgency to bring about change.

She said: ‘Whether what has been announced today will be enough remains to be seen.

‘Those improvements are long overdue – this is a genuine crisis.’

The review said it found no one specific cause for the overall drop in prosecutions.

Max Hill QC, the Director of Public Prosecutions for England and Wales, said: ‘The stark drop in the number of cases that have gone before a jury in recent years means too few victims are seeing justice and reversing that is an absolute priority for the CPS.

‘This review presents an unprecedented opportunity across the whole criminal justice system, and I am determined to lead meaningful and lasting change in every aspect of how these cases are handled, in partnership with the police and the courts.’