FANS will want to get their calculators out as England go into their final Euro 2020 group game against Czech Republic.

The Three Lions are open to facing a whole host of possible opponents as it stands, depending on their final result against the resurgent Czechs.

England’s 0-0 draw with Scotland opens up multiple possibilities for the round of 16Credit: Getty

And there is an ideal result for many fans, with some surprising opponents in store.

Here is how things currently stand in Group D:

Who will England play in the last 16 if they beat Czech Republic?

Gareth Southgate’s side will leapfrog the Czechs, who are leading Group D on goal difference.

As group winners England WOULD play in London against the second-placed team from Group F.

The problem is, that will be either Germany or Portugal.

Joachim Low’s side are currently second behind France in Group F, only ahead of the Portuguese on goal difference.

The final games in Group F are: Portugal vs France and Germany vs Hungary, so anything could still happen if Portugal beat France.

Who will England play in the last 16 if they draw?

If England don’t beat the Czech Republic and draw, they will finish SECOND in Group D.

That means they will face the leaders of Group E, which is currently Sweden – is this the worst draw in the world?

Spain and Slovakia can still mathematically win Group E as well, with the Swedes facing Poland in their final group game.

The underwhelming Spaniards NEED to beat Slovakia in order to realistically qualify for the knockout stages and are even in danger of missing out on a third-place qualifier. 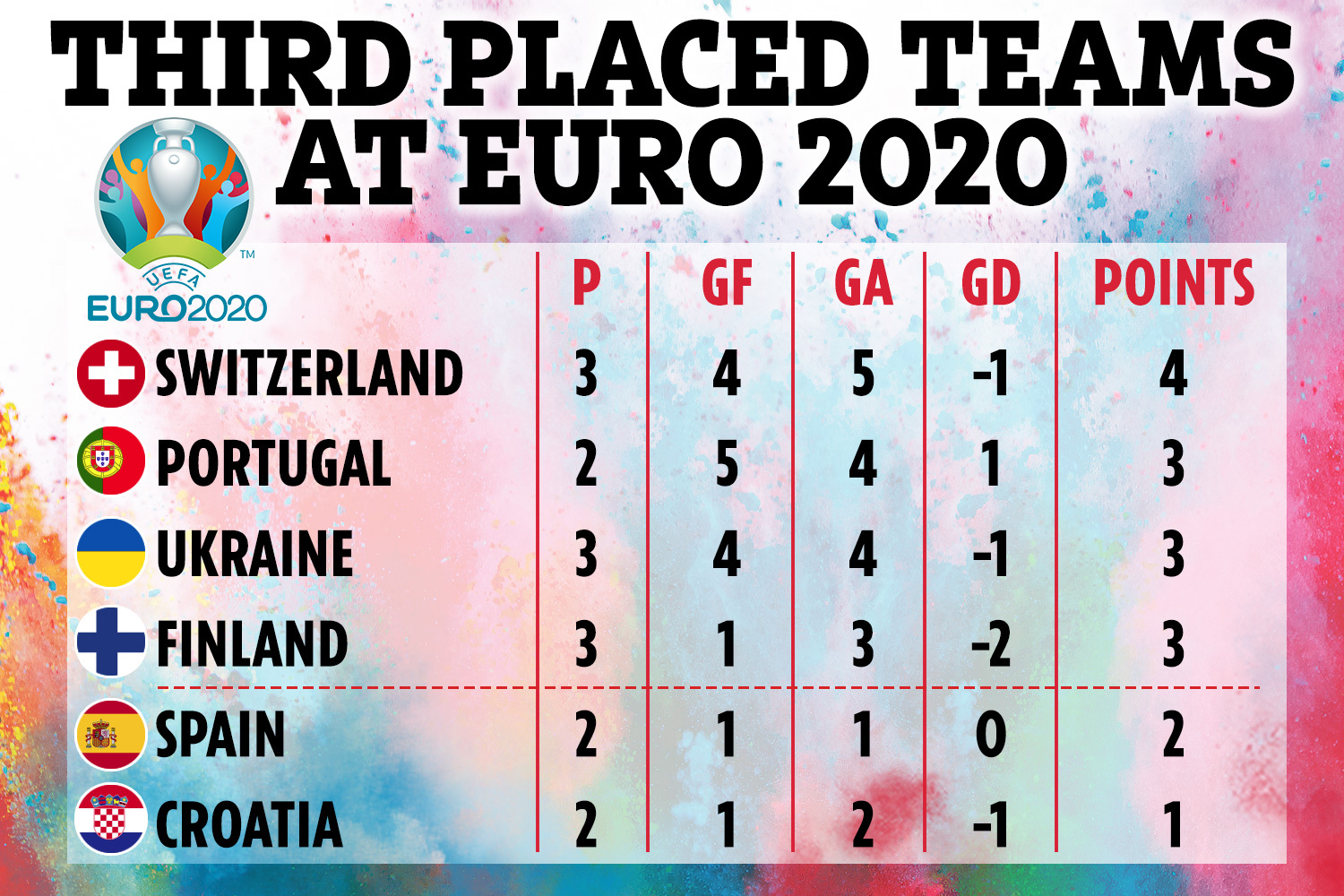 Who will England play if they lose?

Should Southgate’s side slip up in their final group game and lose to the Czech Republic they could either finish second or third.

That depends if there is a winner from the Scotland vs Croatia clash.

England currently have a two-goal difference cushion over Croatia and three over Scotland, but nothing is for certain.

If the Three Lions lose 1-0 against Czech Republic and then Croatia beat Scotland 1-0 then Croatia would finish second, with both sides on four points, level on goal difference but the Croats would have scored more goals.

If England do finish third in their group they could either play Belgium, Holland or Sweden as things stand.

But there are many possibilities that could arise, as you can see in the graphic above, depending on the last lot of group stage results.