The World Health Organisation’s World Malaria Report shows the progress the world has made in getting rid of the mosquito-borne disease, in the last two decades – considered a period of “unprecedented success” in malaria control. The report stated that while malaria is curable, in 2019, over 4,00,000 people died of the disease and 229 million mew malaria cases were reported globally. Of them, around two-thirds of malaria-related deaths were among children who are under the age of five years old. 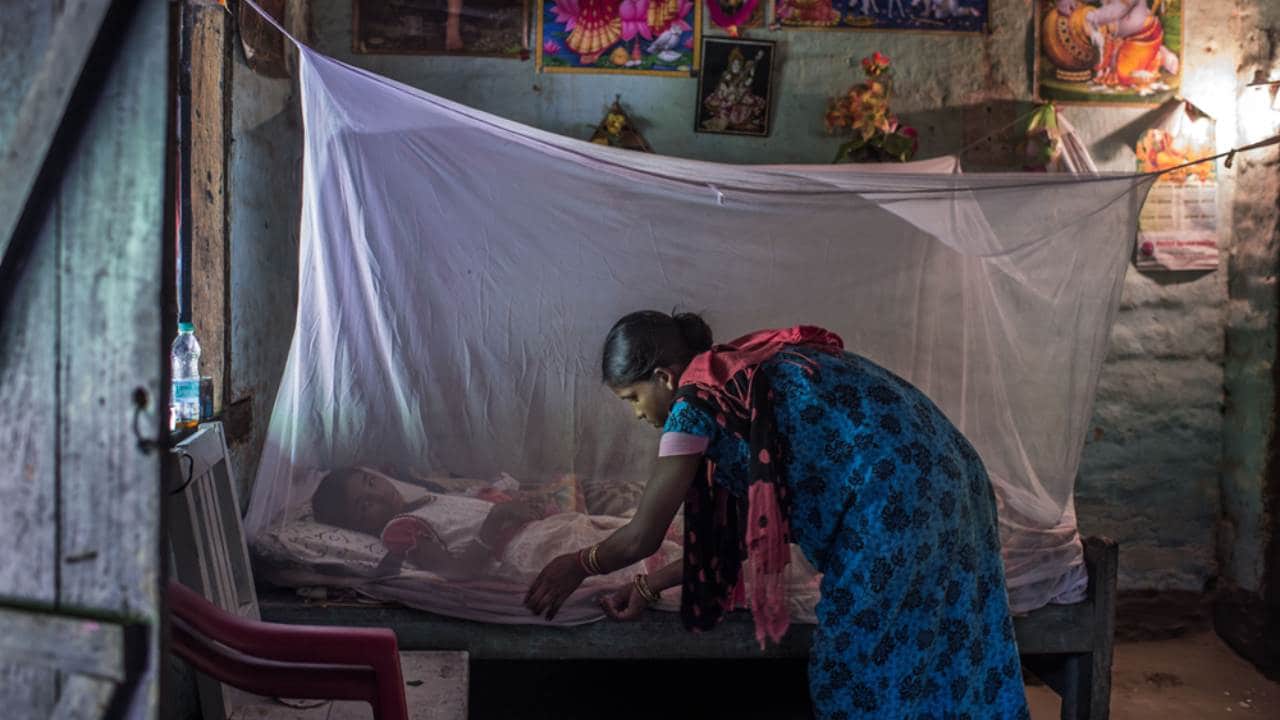 Sleeping under an insecticide-treated net is one of the most effective ways to prevent malaria.
Image credit: A. Loke/ WHO

On a more positive note, the WHO also managed to prevent 1.5 billion cases and save 7.6 million lives due to their treatments, programs, research and its global malaria strategy. In the report’s forward, WHO Director-General Dr Tedros Adhanom Ghebreyesus said “Twenty-one countries have eliminated malaria over the last 2 decades and, of these, 10 countries were officially certified by WHO as malaria-free.

One reason that the number of malaria cases has decreased around the world especially in the 11 countries with the highest-burden is the “High burden to High Impact” response (HBHI). It was started by the WHO in 2018 and the RBM Partnership to End Malaria.

The 11 countries with the highest burden of the malaria cases are Burkina Faso, Cameroon, the Democratic Republic of the Congo, Ghana, India, Mali, Mozambique, Niger, Nigeria, Uganda and the United Republic of Tanzania. They account for 70 percent of the global estimated cases and 71 percent of global estimated deaths from malaria.

This program helps these countries achieve the Global technical strategy (GTS) 2025 milestones using a four-pronged approach that includes political will, strategies information, better guidance and coordinated response. Started as a one-size-fits-all strategy, this program now works with the individual country to find an approach that works for them. The 2030 targets are: Indoor residual spraying (IRS) – which involves spraying insecticides on the indoor walls and ceilings of homes – is another powerful way to rapidly reduce malaria transmission. Image credit: A. Loke/ WHO

How India fares in malaria control

The report also said that the South-East Asia region has nine endemic malaria countries and accounts for about three percent of the burden of malaria cases globally. From that India accounts for 86 percent of all malaria deaths in the south-east Asia region. But India has also shown the largest drop in the number of malaria cases. The number of cases fell from about 20 million in 2000 to about 5.6 million in 2019. The number of malaria deaths in India also declined from about 29,500 in 2000 to about 7,700 in 2019.

Ghebreyesus also said “Countries in South-East Asia made particularly strong progress, with reductions in cases and deaths of 73 percent and 74 percent, respectively” and made a special of India’s decreasing cases.

The African Region shoulders more than 90 percent of the overall disease burden. Since 2000, the region has reduced its malaria death toll by 44 percent, from an estimated 6,80,000 to 3,84,000 annually.

However, progress has slowed in recent years, particularly in countries with a high burden of the disease. A funding shortfall at both the international and domestic levels poses a significant threat to future gains.

In 2019, total funding reached $3 billion against a global target of $5.6 billion. Funding shortages have led to critical gaps in access to proven malaria control tools.

This year, COVID-19 emerged as an additional challenge to the provision of essential health services worldwide. According to the report, most malaria prevention campaigns were able to move forward this year without major delays.

Ensuring access to malaria prevention — such as insecticide-treated nets and preventive medicines for children — has supported the COVID-19 response strategy by reducing the number of malaria infections and, in turn, easing the strain on health systems.

The WHO worked swiftly to provide countries with guidance to adapt their responses and ensure the safe delivery of malaria services during the pandemic, the report said.