The World Health Organization on Friday gave its first endorsement for a Chinese-made Covid-19 vaccine, clearing a shot from the state-owned firm

The decision, announced by the international health body after weeks of deliberation, is expected to help alleviate a severe shortage of doses in the developing world, as vaccine exports from Covid-struck India grind to a halt. It will also boost Beijing’s bid to play a leading role in the fight against the pandemic, officials and analysts said.

But the doses won’t immediately arrive in the developing world, both because China is facing its own constraints at home, and because Sinopharm currently has no deal in place to supply the WHO’s main effort to distribute doses to lower-income countries.

More on the Covid-19 Pandemic

The U.N. agency recommended the vaccine be used immediately, as part of an “emergency use listing,” saying its deployment would help ease acute global shortages. While a handful of wealthy nations have been able to curb the pandemic through mass vaccination campaigns, the world’s poorest nations have been flagging behind, struggling to vaccinate more than a tiny percentage of their populations.

“The world needs as many safe and effective vaccines as possible,” said

director of global health at the Council on Foreign Relations. “This is good for the world,” he said of WHO’s decision.

The authorization came with caveats, as the WHO said there was too little data to show whether the vaccine was effective in people over 60.

Still, the WHO panel that reviews vaccines—its Strategic Advisory Group of Experts—concluded that preliminary data suggested elderly test subjects likely did acquire some protection against the disease. The panel found no reason to believe that the shot wouldn’t be as safe in older age groups as it is in younger demographics. In all adults, 18 and older, the vaccine was 79 % effective in preventing symptomatic cases of Covid-19. 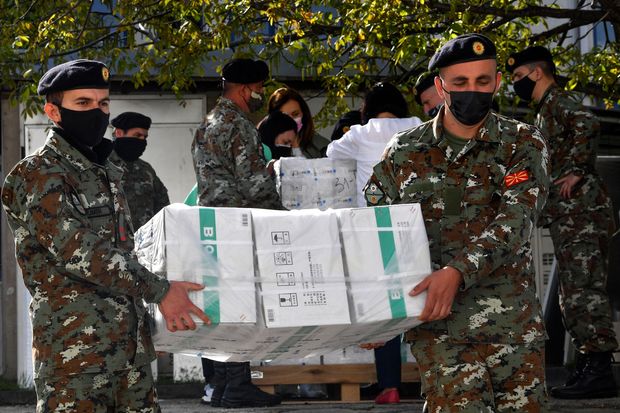 Soldiers carry the boxes of the Sinopharm vaccines in Skopje, North Macedonia on April 30.


“The addition of this vaccine has the potential to rapidly accelerate Covid-19 vaccine access for countries seeking to protect health workers and populations at risk,” said

The development comes as a massive surge in Covid-19 cases in India, the world’s largest vaccine maker, has upended global supply of badly-needed shots. Export restrictions in India have left the WHO’s Covax program struggling to fulfill its ambition to vaccinate about 20% of the developing world’s population.

Like other Chinese vaccine makers, Sinopharm faces production constraints. The firm previously said it would produce more than one billion doses this year, but analysts expect a significant portion to be allocated for domestic use. China wants to reach herd immunity for its 1.4 billion people by the end of the year or mid-2022 and is relying heavily upon vaccines by Sinopharm.

Chinese Covid-19 vaccines offer relatively low levels of protection compared with some of their foreign rivals. Here is why China is joining other countries in considering mixing and matching vaccines as a key to overcoming multiple vaccination challenges at once. Illustration: Ksenia Shaikhutdinova

Sinopharm has also struck manufacturing deals to produce the vaccine in other countries including in the United Arab Emirates, although it is unclear when the new facilities will be able to start delivering.

As for a potential deal with Covax, officials at the WHO’s vaccine distribution program are currently in talks with Sinopharm to procure doses, a spokeswoman said.

Global health experts have criticized the Chinese government and Chinese vaccine makers including Sinopharm for lack of transparency about their clinical trials and efficacy data. Because China has largely been able to get Covid-19 under control, Sinopharm had to conduct trials abroad, in several different countries at once, a process that WHO officials said was challenging, and left them without sufficient data in older groups. 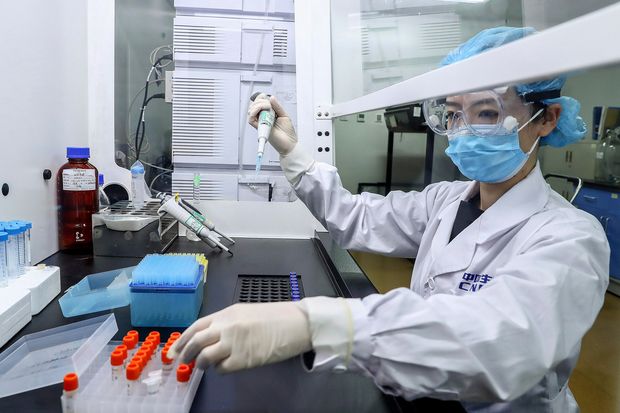 A staff member tests samples of a potential COVID-19 vaccine at a Sinopharm production plant in Beijing on April 11, 2020.

Sinopharm’s vaccine appears to be substantially less effective than the leading Western vaccines against Covid-19. The UAE, an early adopter of the vaccine, has started administering a third booster shot to some residents as doctors say the shot isn’t generating an adequate antibody response.

“The production challenges as well as the fact that the vaccine may ultimately require three shots per person is going to limit how transformative it is for the globe,” said Mr. Bollyky.

For now, scientists argue the vaccine should be adopted. Global Covid-19 case count is still climbing at a rate of hundreds of thousands a day. Unlike shots from

the Sinopharm vaccine doesn’t need to be kept at extremely cold temperatures, and a small sticker on its vials changes color if the vaccine has been exposed to excess heat.

The vaccine is the sixth vaccine against Covid-19 that WHO has granted emergency use, joining candidates by

It is the only inactivated virus vaccine to be authorized.

The WHO is currently reviewing another Chinese-made vaccine, by Chinese drugmaker Sinovac Biotech. Health experts expect a similar ruling for it in the coming days.

Write to Chao Deng at Chao.Deng@wsj.com and Drew Hinshaw at drew.hinshaw@wsj.com