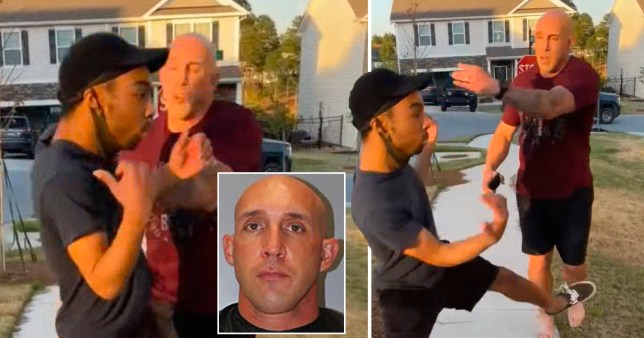 Jonathan Pentland was captured on video shoving the young man, named Deandre, and demanding he leave the area (Picture: RCSD/Facebook)

A white soldier has been charged after footage emerged of him accosting and shoving a black man telling him ‘you came to the wrong neighbourhood’.

Jonathan Pentland, 42, was caught on camera squaring up to the victim on the street in the Summit area of South Carolina, and threatening him with violence if he did not leave.

The video shows Pentland repeatedly shouting at the young man, who has only been identified as Deandre, 22, that he ‘better keep walking’.

Pentland is heard saying at one point: ‘You either walk away or I’m gonna carry your a** out of here… I’m about to show you what I can do.’

According to Shirell Johnson, who posted the video on Monday, the incident happened on a public sidewalk in the Lakes at Barony Place development in the Summit neighborhood of Columbia.

She also claimed shortly after recording stopped that Pentland slapped the victim’s hand, causing his phone to smash on the floor. 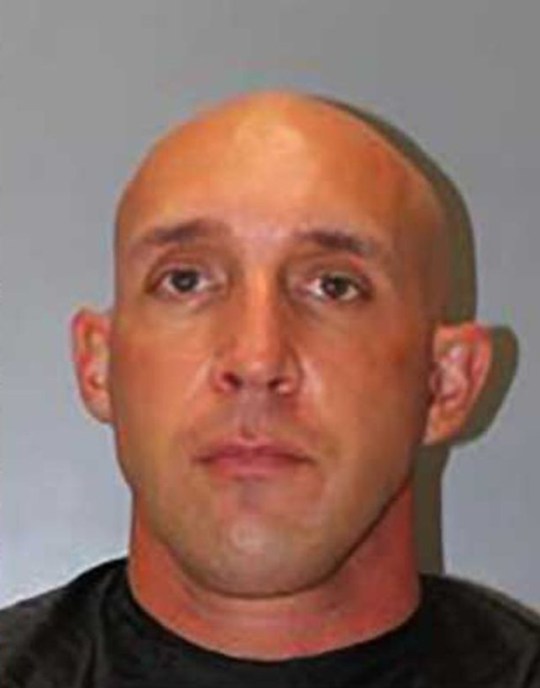 Jonathan Pentland has been charged with third-degree assault and battery (Picture: RCSD) 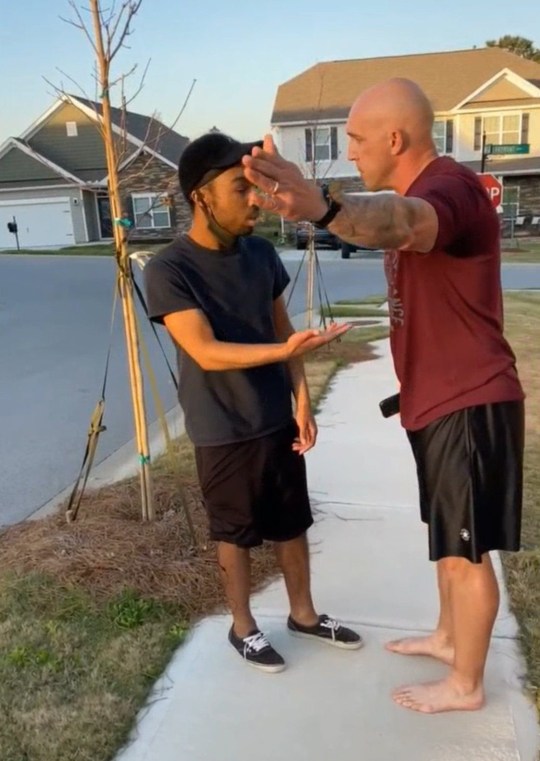 The man, identified only as Deandre, repeatedly tells Pentland he is simply walking (Picture: Facebook/Shirell Johnson)

The recording begins with Pentland, an Army sergeant first class, asking Deandre what he’s doing in the area, to which he responds that he was simply walking and lives nearby.

Pentland can be heard telling Deandre to ‘go away right now’, before he shrugs and says ‘call the police’.

A woman in the background can be heard saying ‘they’ve already been called’, before Pentland asks: ‘What do you think you’re doing here?’

Deandre continues to look around in disbelief before responding: ‘Walking,’ to which Pentland screams at him to ‘then walk’.

Throughout the three-minute video, Pentland continues to demand Deandre to leave the neighbourhood, getting in his face and at one point pushing him so hard he almost falls to the ground.

‘You either walk away or I’m gonna carry your a** out of here. I’m about to do something to you. You better start walking,’ Pentland demands. 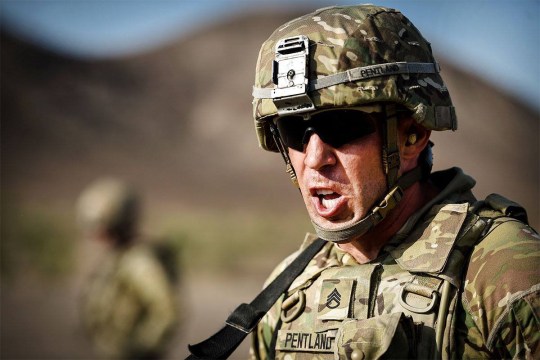 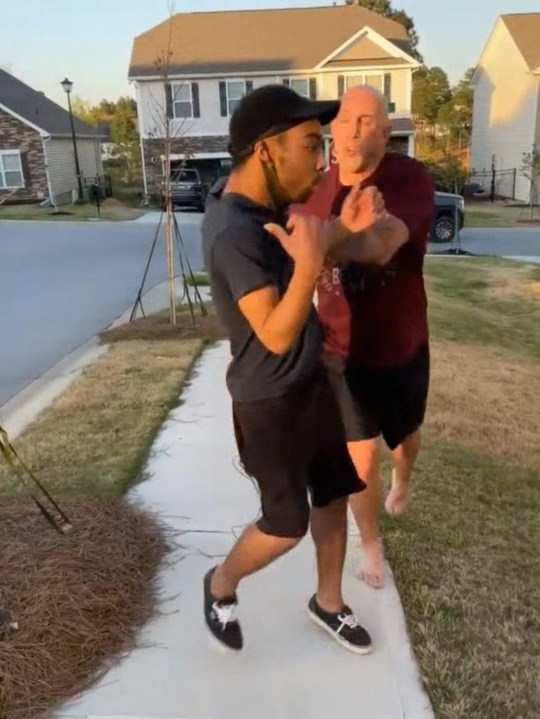 Pentland repeatedly squares up to the victim and threatens him with violence (Picture: Facebook/Shirell Johnson) 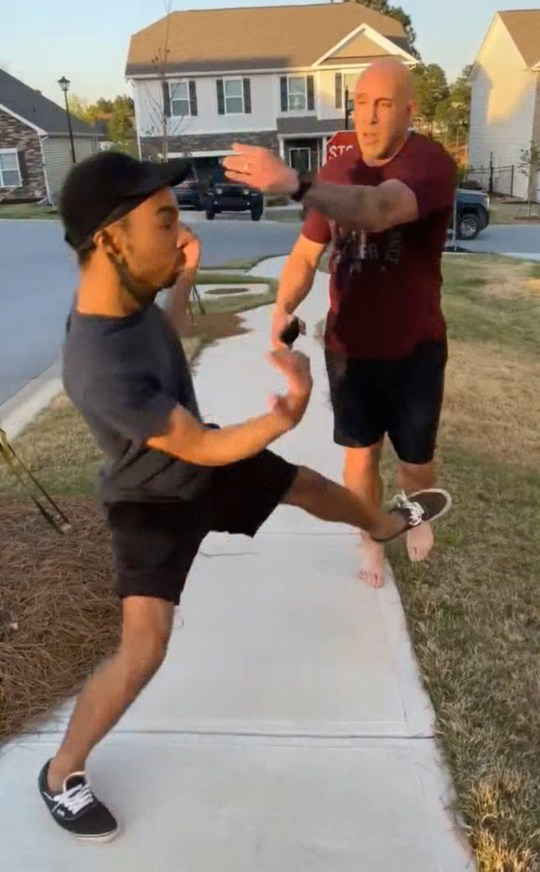 At one point Pentland shoves Deandre so hard he almost falls over (Picture: Facebook/Shirell Johnson) 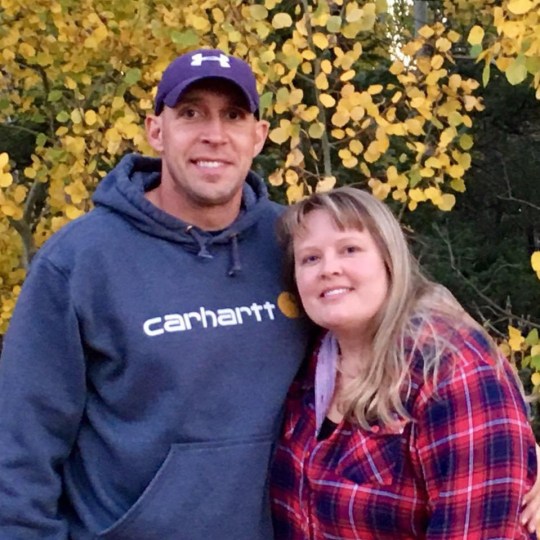 Officials said Pentland’s behaviour is ‘by no means condoned by any service member’ (Picture: Facebook/Jonathan Pentland)

‘You’re in the wrong neighbourhood motherf****r. Get out.’

Ms Johnson said authorities arrived at the scene some time later but only gave Pentland a citation for malicious injury to property for slapping Deandre’s phone out of his hand and cracking it.

After the footage was shared tens of thousands of times, Ms Johnson told Facebook users in an update: ‘I have been in contact with both D (as I call him now) to check on him and the young lady Shadae who did the video.

‘Both are doing ok but still processing.’

According to Pentland’s social media accounts, he has been stationed at Fort Jackson, the US Army’s largest basic training facility, since 2019. He has worked as a drill sergeant at the garrison – a 53,000-acre complex that trains 50% of all soldiers who enter the Army each year.

Officials at Fort Jackson said they were looking into the incident, while base officials said that the Department of Justice was investigating as well.

Asked on Twitter about the video, Fort Jackson Commanding Brig. Gen. Milford H. Beagle Jr. said the behaviour displayed by Pentland ‘is by no means condoned by any service member.’

‘We will get to the bottom of this ASAP,’ he said.

On his official Facebook page, Mr Beagle said Army officials ‘have begun our own investigation and are working with the local authorities.’