Has your energy company been affected? (Picture: Getty)

It’s no secret that the UK is currently in the midst of an energy crisis.

As the cost of fuel skyrockets around the globe, several smaller energy firms have already gone bust, and others may soon follow suit.

Many of us will see an increase in our energy bills, too – with millions expected to pay £139 a year more from October, with further rises next April.

Money expert Martin Lewis told Good Morning Britain: ‘The situation is catastrophic, in a way we have never seen before.

‘There will be many people making the devastating choice between heating and eating.’

But Business Secretary Kwasi Kwarteng told Parliament that there are ‘no questions of the lights going out’ in the UK.

For now, it’s important to know if your energy firm has been affected, and what it means for you if it has.

Which energy companies have gone bust? 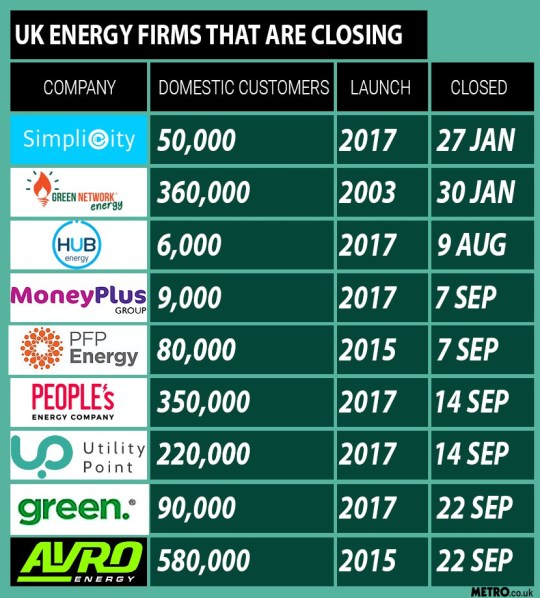 The latest energy companies to go bust in the UK (Picture: Metro.co.uk)

At time of writing, six UK companies have gone bust in September, due to the global rise in gas prices.

Avro is perhaps the biggest blow to the most people – as around 580,000 households are customers.

In total, as many as 1.5 million customers could be affected, so make sure to check your supplier.

In early August, HubSpot Energy bit the dust, as did Green Network Energy and Simplicity back in January.

What to do if your energy company goes bust

Firstly, it’s not expected that anyone will lose electricity or gas to their homes.

The UK government has an energy regulator, Ofgem, which ensures a certain level of protection for consumers.

Usually, the failed energy supplier will transfer you to a new, not-failing one – and you won’t need to do anything to make this happen.

It should be a fairly seamless process, and you should be notified when the switch has happened.

As Ofgem explains in a blog post: ‘When suppliers exit the energy market, they will usually arrange to transfer their customers to another supplier through a trade sale.

‘Ofgem has a range of powers we can use to step in and protect households and businesses when suppliers leave in an urgent or unplanned way, for example due to serious financial difficulties. 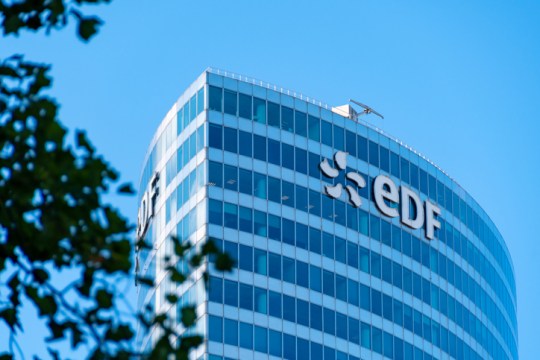 If your energy company has gone, you’ll be switched to a new one automatically (Picture: Getty)

‘These provide a safety net, ensuring you are seamlessly transferred to a new energy supplier with no disruption to your energy supply.’

See if a new supplier has been chosen for you (yet) on the Ofgem website.

Note that you won’t get to choose this new supplier, nor the new ‘special’ contract you’re placed under – so you may be looking at a slight price increase.

But Ofgem has a price cap on default tariffs, meaning they can’t go wild and charge you whatever they want.

You shouldn’t lose any existing credit you had with the old supplier, either. You’re entitled to get that back.

That said, if you don’t like your new supplier or prices, you can decide if you want to switch – but Ofgem recommends you wait to switch until the new supplier has been fully confirmed.

Finally, Which? helpfully suggests that, when you find out your energy company has gone under, take meter readings immediately and get a photo of them if possible.

They may come in handy, if you’re contacted by your old or new supplier at any point.

Are any others expected to go bust soon?

This is because the skyrocketing cost of wholesale gas is too much for some smaller firms to handle.

Brearley told the government’s Business Committee earlier this week: ‘It’s not unusual for suppliers to go out of the market.

‘I think what is different this time is that dramatic change in the costs that those suppliers are facing.

‘We do expect more [suppliers] not to be able to face the circumstances we’re in. But it’s genuinely hard to say more than that, partly because that means predicting what may happen to the gas price.’

Speaking on BBC Breakfast on September 21, Kwarteng agreed it was hard to estimate how many companies will go under.

‘I can’t give you a number,’ He said. ‘I can’t tell you today… how many of these companies will exit the market.’

What are the top six largest energy companies in the UK? 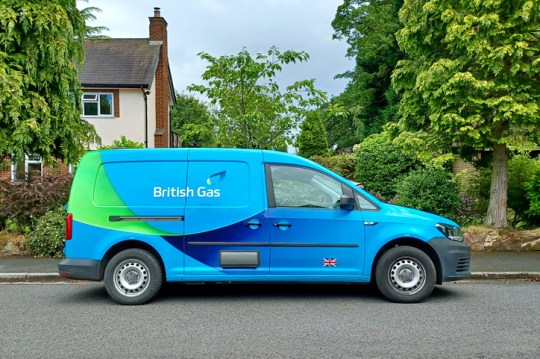 There are six energy suppliers who dominate the market in England, Wales, and Scotland.

They are (in order of size):

At the end of 2019, British Gas was still considered the biggest – taking up a good 19% of the market, according to Ofgem data shared by Energy Switching.