The Court’s judgment, which stated that damage to the accused’s reputation cannot be more important than a survivor’s right to dignity and speaking their truth, is an important milestone for India’s #MeToo movement. 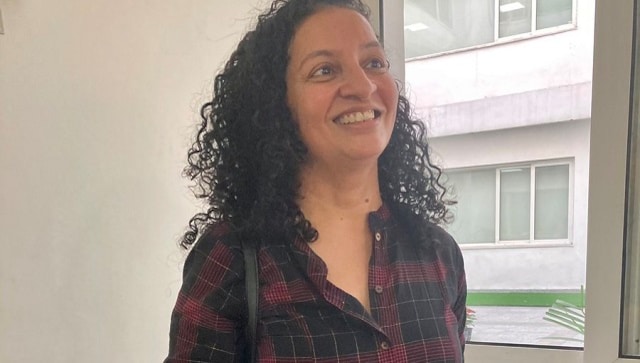 Priya Ramani’s long and harrowing battle against MJ Akbar, a man with both immense power and influence, began in 2018 with one of the most notorious tools used by men accused of harassment: a complaint of criminal defamation. After having finally broken her silence, Ramani was charged with Section 500 of the Indian Penal Code read with Section 499.

Only a few months before, during the second wave of the #MeToo movement which shook up India, she had accused Akbar of making sexual advances towards her during a job interview. He was among the most powerful people to be accused of workplace sexual harassment; at the time, he served as the Minister of State for External Affairs, and he was previously considered a veteran journalist.

Following Ramani’s lead, other women came out with their own stories of harassment at Akbar’s hands. Akbar accused her of damaging not only his personal reputation and goodwill, but also his political career and social standing. Ramani pleaded not guilty, which was eventually confirmed by the Court on 17 February, when it acquitted her in the matter.

One of the cornerstones of the #MeToo movement has been that women who choose to speak up about their experiences do so with an intent to make others aware of the predatory tendencies of an accused, so as to safeguard themselves and ensure such behaviour is not repeated in the future.

Ramani submitted that her aim was to protect other women’s interests, give others the courage to speak up and highlight instances of workplace harassment.

Akbar had claimed that he was a man of “stellar reputation” and Ramani’s accusations had severely impacted his social standing. Ghazala Wahab, another journalist, had also testified in court about her experience of being sexually harassed by Akbar. This is important because it helped debase the claim that he has an “impeccable reputation” — collectively, based on the testimonies of Ramani and Wahab, both of whom had faced harassment at the hands of Akbar, in two different sets of incidents.

This would not have been possible if Ramani had not started a conversation publicly about the harassment caused by Akbar, as part of the #MeToo movement. The use of Wahab’s testimony was an important determinant of Akbar’s reputation for the Court. It further noted that acts of sexual harassment are an infringement on the dignity of the survivor, and the reputation of an accused cannot be protected at the cost of someone’s right to dignity. This is another important milestone for the #MeToo movement, wherein the Court has clearly laid down that damage to the accused’s reputation cannot be more important than a survivor’s right to dignity and speaking their truth, and sets an ideal precedent for defamation cases that could be used as a weapon to silence them.

Finally, the Court opined that women can use whichever platform they prefer to voice their grievances regarding workplace harassment, and share their experiences. The reason the #MeToo movement gained steam is because social media is much more accessible to women, as compared to formal mechanisms of lodging a complaint. It helps in creating awareness, a sense of solidarity and understanding among survivors. Recognising a survivor’s right to use public platforms to share their experiences and speak about workplace harassment freely, without the fear of backlash from the accused or the threat of being charged with defamation, is a massive step forward for the movement. This will allow women to continue the conversation around building safer workplaces and holding perpetrators publicly accountable without the fear of the law being misused to silence them.

This recognition from the judiciary of the ethos and purpose of the #MeToo movement feels like a much-needed validation. The Court did not only acquit Ramani, but also acknowledged the cultural reset this movement has brought in. It has recognised that the movement has given a voice to women who have kept their silence for decades due to the lack of formal redressal systems, or the fear of social stigma. The Court acknowledged that the passage of a considerable amount of time between the incident and publication of statements does not make said statements malicious or untrue. Every survivor has the right to speak publicly of the incidents of harassment they have faced.

This judgment of the Court will help pave the way for how accusations of workplace harassment are to be dealt with when it comes to subsequent cases of defamation, as well as help instill confidence in survivors and hopefully further the goal set by the #MeToo movement, to create safer workplaces in India.

Rutuja Shinde is a lawyer at the Bombay High Court. During the second wave of the #MeToo movement in India, she offered her legal services to women who spoke up.