The US Embassy in Cuba, which reopened in 2015 (Picture: STR/AFP via Getty Images)

Havana Syndrome is a mystery ailment that’s been puzzling experts for several years.

It affects a number of North American officials around the world, but was first reported by people stationed in Cuba – after the US Embassy in Havana reopened there in 2015.

The symptoms are quite serious, including hearing noises, head pressure and vertigo among them.

So what is it, and what have experts found out about it?

What is Havana Syndrome?

Havana Syndrome is the name for a mystery illness that first began affecting US and Canadian officials in Cuba.

A number of people working in official positions – including diplomats, military, embassy staff and spies – began reporting unusual audial and other physical symptoms back in late 2016.

It has since been reported by people working in different parts of the world.

Symptoms are quite varied, but have been described as including: 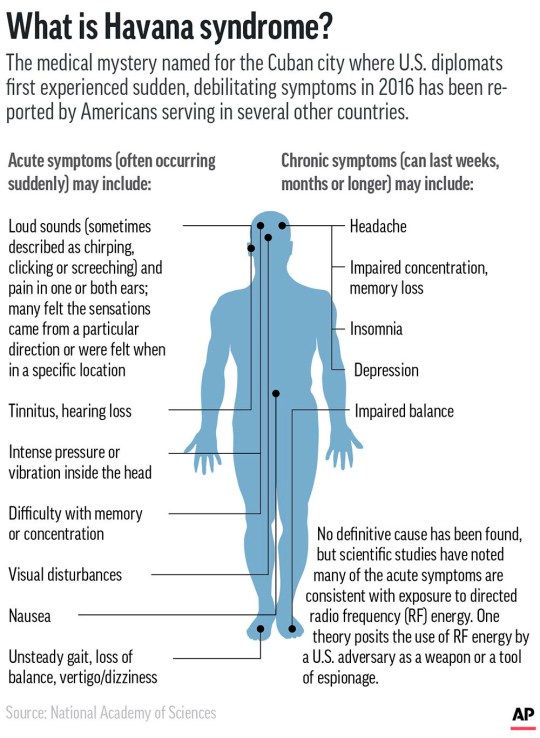 A number of symptoms have been associated with Havana Syndrome (Credits: AP)

In the first instance, reports were of a sudden onset of a ‘buzzing’ or ‘piercing’ sound, or experiencing a feeling of intense pressure or even vibration in the head.

According to an American Centre for Disease Control (CDC) report unearthed by Buzzfeed News in 2021, 15 people believed to have the syndrome experienced symptoms in two stages, resulting in ‘neurological injury’.

But how many people have it is not entirely clear.

In the same report, the CDC said they had identified another 31 ‘likely’ cases of Havana Syndrome – while a further 49 people (of 95 it studied) probably did not have it.

However, the BBC reports that there are ‘at least’ thousand officials (and their family members) who have reported experiencing similar symptoms.

What are the possible causes of Havana Syndrome? 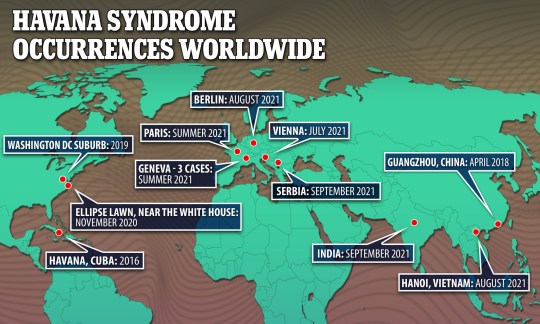 As yet, the cause of Havana Syndrome is unconfirmed.

Several studies have been undertaken to try and determine what’s been causing the combination of symptoms.

The latest report, which was compiled by US health experts and commissioned by the country’s Director of National Intelligence Avril Haines, was published on February 1.

The executive summary of the findings determined two plausible explanations – after ruling out previously-suggested medical, psychological and environmental causes.

Pulsed electromagnetic energy was flagged as a ‘plausible’ cause, findings which align with a 2020 study on the topic completed by the National Academies of Science.

Electromagnetic energy can also be described as radiation, and is present in our everyday lives, essentially used to power microwaves, mobile phones and TVs, NASA explains.

However, emitted in the radiofrequency range, it can potentially cause quite a lot of damage.

Another possible cause was identified as ultrasound rays – but only in ‘close access scenarios’.

This report did not seek out who could potentially be responsible – but did note that ‘concealable’ devices that could emit these types of energy were in existence.

In the report, it explains: ‘Through [redacted] antennas and techniques, the signals could be propagated with low loss through air for tens to hundreds of meters, and with some loss, through most building materials.’

Instead, it aimed to narrow down the actual cause itself, which has remained a mystery.

Director Haines and CIA Director William Burns said in a statement they were committed to solving it: ‘We will stay at it, with continued rigour, for however long it takes.’ 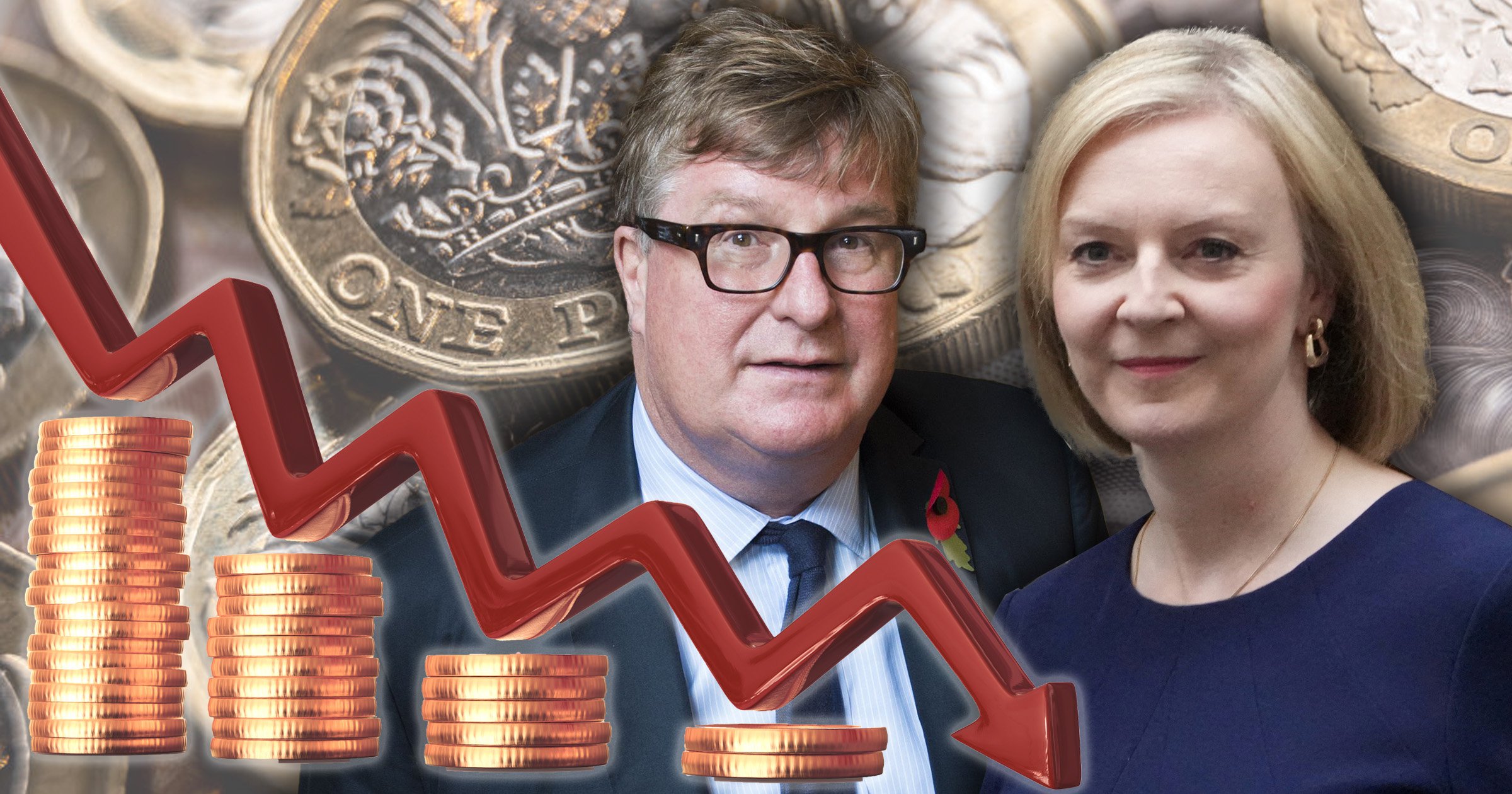 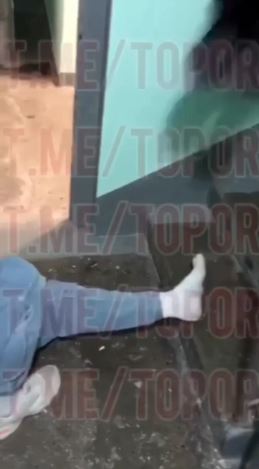