JIMMY RAVE was best known as a Ring of Honor wrestler and announced his retirement in 2020 after suffering from a series of health conditions.

What infection did wrestler Jimmy Rave have?

Jimmy Rave suffered from a series of infections that led to multiple limbs getting amputated before his untimely death.

On November 28, 2020, he announced his immediate retirement from wrestling alongside the news that due to an infection, his left arm was amputated.

In the note, he mentioned how blessed he was to participate in wrestling for 21 years, and how his dream had to come to an end.

“This past Tuesday my world came crashing down when Doctors found an infection in my left arm,” the note read.

“I tried toughing it out but by the time I saw a doctor it was too late and they had to amputate my left arm above the elbow. Thus effectively ending my in ring career.”

The following year, Rave returned to Twitter to announce both of his legs also had to be amputated, due to MRSA.

On October 24, 2021, he shared the news alongside a photograph of him in the hospital.

“Apparently it’s time for me to come clean,” the former wrestler wrote.

“This past June I began having trouble walking & went to my surgeon. He determined I had MRSA in both legs & they needed to be amputated immediately.”

Methicillin-resistant Staphylococcus aureus, or MRSA, is an infection caused by a type of staph bacteria that’s become resistant to many of the antibiotics used to treat ordinary staph infections.

A staph infection is an infection caused by bacteria commonly found on the skin or in the nose.

This contagious condition can be spread from person-to-person.

MRSA is oftentimes found in healthcare settings and environments, and are typically associated with invasive procedures or devices, such as surgeries, intravenous tubing or artificial joints.

Wrestlers are at risk of this infection due to constant skin-to-skin contact.

The infection usually starts as swollen, sometimes painful red bumps. These bumps can quickly turn into deep boils that can require surgical draining.

Because of its resistance to antibiotics, MRSA can be especially difficult to treat.

Infections may present themselves in one’s bloodstream, lungs, heart, bones, or joints. 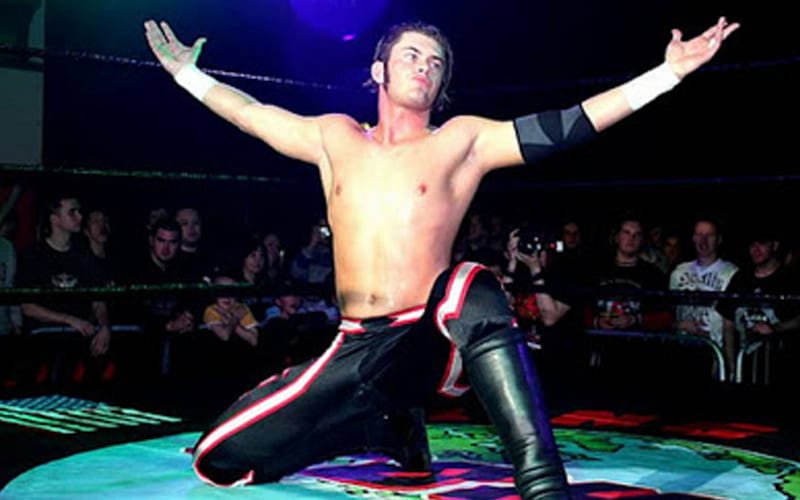 Jimmy Rave retired after his left arm was amputated

What was Jimmy Rave’s cause of death?

A cause of death for the late Jimmy Rave has not yet been released.

His daughter, Kailah, and his friend, Bill Behren, confirmed his death on Monday, December 13.

“James Michael Guffey has died at the age of 39,” they said in a statement.

“James was best known as Professional Wrestler, Jimmy Rave. His career, which started in 1999, continued for over 2 decades.

“Jimmy had been struggling with drug addiction for many years. His struggles resulted in the amputation of his arm, and, later, both of his legs.”

Who was Jimmy Rave?

The wrestler was best known for working for Ring of Honor (ROH) and Total Nonstop Action Wrestling (TNA).