A photo issued by the European Southern Observatory showing Betelgeuse in the constellation of Orion, before and during its great dimming in 2019-2020 (Credits: PA)

A cloud of stardust caused Betelgeuse, one of the brightest stars in the night sky, to become visibly darker nearly two years ago, according to scientists.

Astronomers were left puzzled when, in late 2019, they noticed the red supergiant, located in the constellation of Orion, lost more than two-thirds of its brightness, and began to speculate the star may be about to explode.

An international team of researchers then investigated the cause of the mysterious “great dimming”, using the European Southern Observatory’s (ESO) Very Large Telescope (VLT) in Chile to analyse images of the bright star taken over the years.

In a study published in the journal Nature, the scientists revealed the dimming was caused by the formation of stardust which partially obscured the star.

Miguel Montarges, from the Observatoire de Paris, France, and KU Leuven, Belgium, who is lead author on the study, added: ‘For once, we were seeing the appearance of a star changing in real time on a scale of weeks.

‘We have directly witnessed the formation of so-called stardust.’ 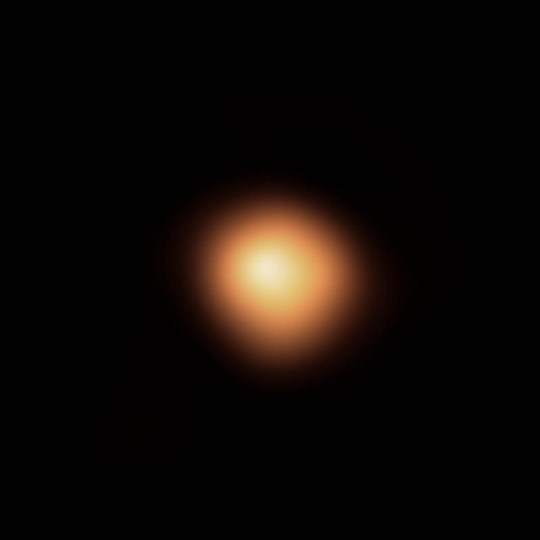 Betelgeuse is one of the brightest stars in the night sky (Credits: PA)

Betelgeuse, which is about 500 light-years from Earth, is nearing the end of its life and has expanded to become a red supergiant star.

So when it started to dim, some experts began to speculate the drop in brightness was signalling its imminent death in a spectacular supernova explosion.

However, the dimming lasted only for a few months and Betelgeuse returned to its original level of brightness in April 2020.

Scientists say that the surface of Betelgeuse regularly changes as giant bubbles of gas move, shrink and swell within the star, in a phenomenon known as pulsation.

They believe that some time during the great dimming, the star ejected a large gas bubble that moved away from it.

When a portion of the surface cooled down shortly after the ejection, that temperature decrease was enough for the heavier elements, such as silicon, in the gas to condense into solid dust.

Professor Stefan Kraus, from the University of Exeter, and one of the study authors, said: ‘Ageing stars such as Betelgeuse have long been suspected to churn out flecks of dust, either through a constant wind or more localised surface ejections.

‘Here, we see that Betelgeuse has ejected a massive dust cloud that has obscured half of the star’s surface while drifting away into space.’

The researchers will continue studying the star, which is roughly 1,000 times as large as the Sun, in hope of catching it eject another gas bubble. 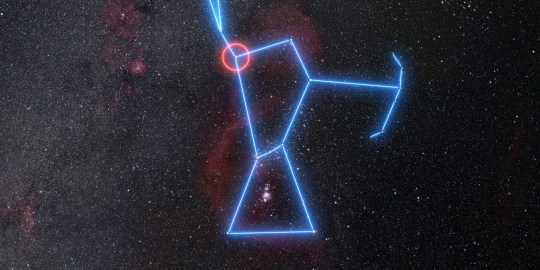 Betelgeuse in the constellation of Orion. (Credits: PA)

Andrea Dupree, an astronomer at the Harvard-Smithsonian Center for Astrophysics in the US, and of the study authors, said: ‘Betelgeuse is a unique star; it is enormous and nearby and we are observing material directly leaving the surface of the supergiant.

‘How and where material is ejected affects our understanding of the evolution of all stars.’