Richard Jackson puts a lot of time and effort to preserve his precious bush (Picture: SWNS)

A naughty gardener who trimmed his bush into a middle finger says he now regrets it because it’s too time-consuming.

Richard Jackson, 64, has manicured the rude bush for 20 years at his home in Warwickshire, but the decades have taken their toll.

He initially created it as a rude gesture to locals at a nearby pub who teased him while he tended to his front garden.

Richard said the bush is high maintenance and requires trimming four times a year to maintain its finger shape.

But locals are not happy with Richard’s reluctance to upkeep the bush and have started a campaign to ‘save’ what they say is part of their village’s ‘folklore’.

He said: ‘I’m fed up with it, to be honest with you. I’m going to dig it up or burn it. People love it but I’ve had enough of it. It’s just a pain in the backside to keep it in shape. It’s like me – old and in bad shape.

‘It’s not a statue – it grows and it’s harder and harder to keep it in shape. It’s too much trouble now. We still have folks come up to take photos but it’s past its prime.

‘Everything was fine until I got a letter from the council saying someone had complained, saying the hedge was obscene. I was told I’d have to cut it down or modify it so it didn’t look rude anymore. 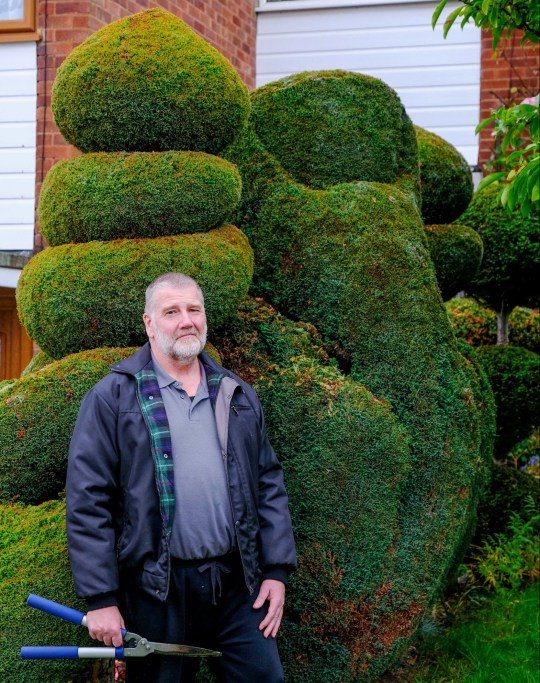 Richard is officially fed up of trimming his bush (Picture: SWNS) 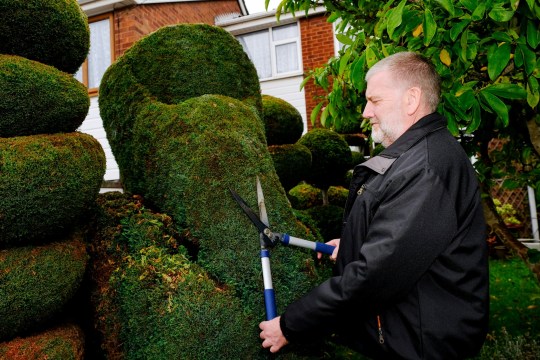 The village wants Richard to keep his artistic bush though (Picture: SWNS) 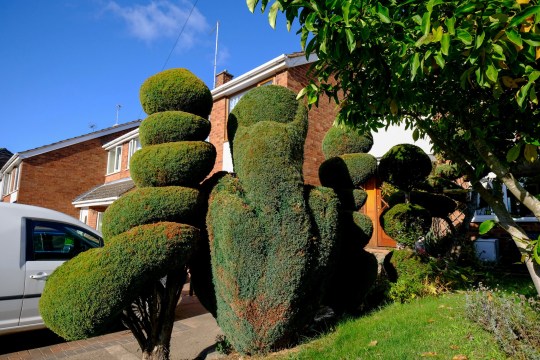 It has been the pride and joy of the village now for 20 years (Picture: SWNS)

‘I refused so they got the police involved. A policeman came out and said if they received any more complaints then I’d be instantly fined.

‘He even suggested I turn it into a fist but I told him no way. I still didn’t do anything about the hedge apart from let it grow out a bit. It was all for a laugh.’

Warwickshire Police confirmed an officer was sent to investigate although they had not received a direct complaint.

While this village bush is loved and respected by locals other bushes across the nation have a somewhat notorious reputation.

Take Susan Rogers’ bush for example – her bush became so big it left all her neighbours in the dark in Yr Aran, south Wales.

Susan’s bush grew to a whopping 40 foot in height and 100 foot in length.

Poor Susan was ordered to trim the bush down to half its length by Swansea Council.