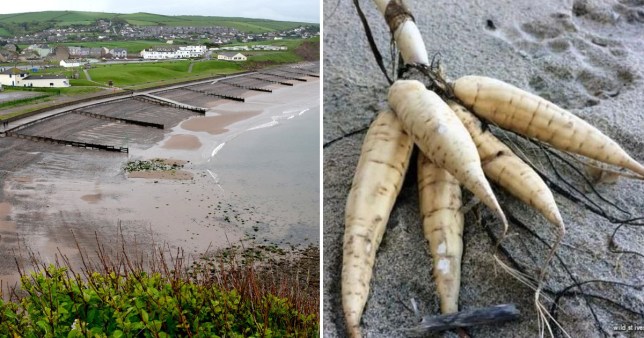 Hemlock water dropwort roots have washed up on a beach in Cumbria and can kill if ingested by humans or animals (Picture: Getty/Josh Quick)

Walkers are being told to avoid parsnip-shaped poisonous roots which have washed up on a UK beach after recent storms.

Coastguards fear that storms that have been battering Britain uprooted the plants and they were washed ashore.

They have warned people that the ‘poisonous parsnips’ are ‘extremely toxic to both animals and humans’.

The green part of the plant grows to more than a metre high in shallow water such as streams, ditches, rivers and lakes.

It is widely recorded as the most toxic plant to both humans and animals growing in the northern hemisphere.

Whilst the most toxic part is the tuberous root, hence the nickname ‘dead man’s fingers’, all parts of the plant are poisonous and only a small eaten piece can be fatal. 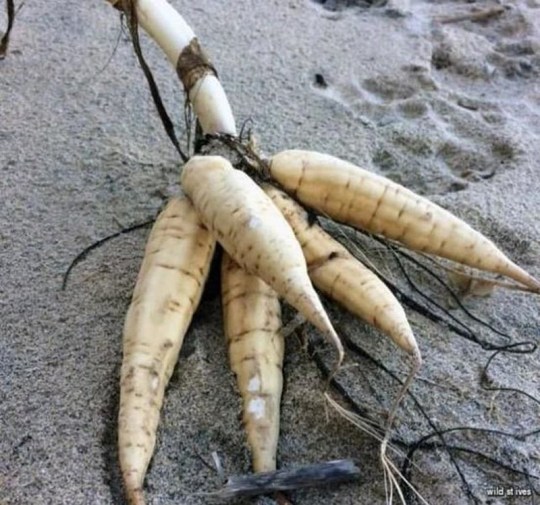 All parts of the plant are poisonous and eating them can be fatal (Picture: Josh Quick)

Anyone who finds the plant on the beach is asked to report the discovery to Copeland Borough Council.

A spokesman for Whitehaven Coastguard Rescue Team said: ‘We would urge dog owners to be extra vigilant and not to touch these items.

‘We have consulted the Environment Agency who have advised that any findings of this nature would need to be reported to Copeland Borough Council.

‘The plant, Hemlock Water Dropwort, more widely referred to as “Poisonous Parsnips” or “Dead Man’s Fingers”, is relatively common along parts of the UK coastline, however, the roots which look similar to a parsnip are extremely toxic to both animals and humans. 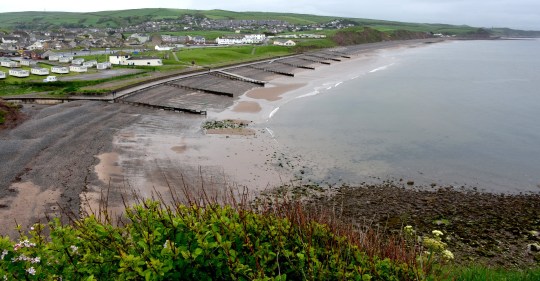 The St Bees shoreline and beach in West Cumbria – where the suspected poisonous plants were found (Picture: Getty Images)

‘It is possible that recent stormy weather and tidal surges may have unearthed and uprooted these plants, then they have been washed ashore.

‘If you think your dog may have come into contact or ingested any “poisonous parsnips” it is advised to seek veterinary assistance as soon as possible.

‘These plants also pose health risks to humans if physical contact is made so caution is advised at this time.’

In 2002 the Emergency Medicine Journal reported how eight students in Argyll, Scotland, ate a Dead Man’s Fingers curry, mistaking the roots for parsnips.

Despite them only eating the sauce, as they felt the ‘parsnips’ tasted too bitter to eat, four fell gravely-ill and needed hospital treatment to survive.