In Andhra Pradesh’s Kurnool district, the lack of healthcare services and medical infrastructure often deny people from the most marginalised communities affordable and timely treatment

Editor’s note: As the second wave of coronavirus infections ravages parts of India, millions of front-line workers and citizens are caught up in the middle, providing their services to distressed families on one hand while trying to cope themselves on the other. This is part eleven of a series profiling the stories of these people.

cases in 24 hours and 99 deaths. As the COVID positivity rate of the state remains above 20 percent, issues such as scarcity of resources, overburdened hospital staff and the unavailability of health care facilities are being reported from the rural parts.

The people in rural areas of Andhra Pradesh’s Kurnool district, which has 1,11,247 confirmed cases as of today, are struggling to cope with the growing fears of COVID-19

infections in the face of an unequipped or close to non-existent rural public health system.

While villagers are dependent on rural Primary Healthcare Centres (PHCs) for immediate treatment, the PHCs are unequipped to provide the required medical care for serious health conditions. A large inflow of patients from surrounding villages and referral patients from nearby districts have overburdened the staff at the Government General Hospital Kurnool. This has again added to the woes of the villagers who face repeated delays in accessing hospitals.

People from Rollapadu village of Kurnool district are forced to travel 85 kilometres to reach the Government General Hospital (GGH) Kurnool, which has the necessary medical facilities, to access better treatment.

However, the GGH staff are already overburdened with influx of critical patients from the areas bordering Telangana, Karnataka and at times from Chittoor district too, which is at the border of Tamil Nadu.

This also means that the patients from rural areas, even if admitted, do not receive enough care and attention. With the added stress of the second wave of the pandemic among the hospital staff, villagers feel largely neglected while receiving treatment at the city hospitals.

Moreover, the hospital staff are also burdened with administrative work as there are no qualified hospital management professionals.

In early May, a 55-year-old man, Ramudu, from Rollapadu, lost his life after his health kept deteriorating due to the delay caused in reaching the GGH and in getting a bed and oxygen cylinder.

Ramudu, who was having struggling breathing, survived on a ventilator for almost 10 days before he breathed his last. According to his family, Ramudu would have survived had they accessed the medical facilities more quickly.

The people who visited the GGH for treatment said those with contacts can book the limited beds and have access to resources, while the rest are forced to shift to another hospital in case of emergency. Most of the time, ambulance drivers are not familiar with the village routes, which adds to the chaos.

The situation with regard to beds has become slightly better as cases have decreased, but if the positivity rate peaks again it could easily revert.

The distance between the village and hospital requires residents to spend more money on traveling to get themselves treated, thus pushing them further into poverty. The lack of healthcare services and medical infrastructure often deny people from the most marginalised communities affordable and timely treatment. 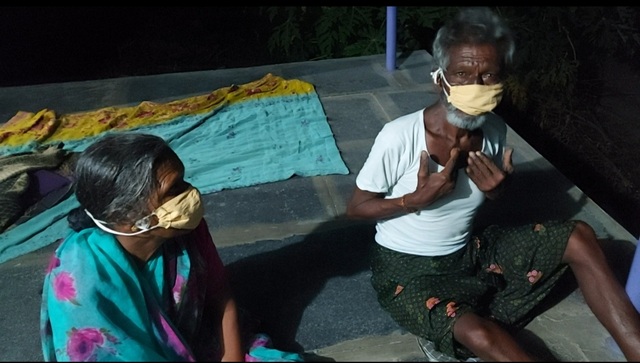 The villagers said what happened with Ramudu has caused them to distrust the rural healthcare system.

Raju, who has recently recovered from COVID-19

in Rollapadu village, said, “If we had a hospital in our village area, we would not have to travel so much. It would have helped many people here.”

Andhra Pradesh chief minister Jagan Mohan Reddy hinted that the government would start village clinics soon to strengthen the rural public healthcare by recruiting the BSc graduates and that candidates graduated from nursing courses along with a team of professional doctors at PHC level would visit villages on a rotational basis. But, there has been no progress on the ground.

That will enable them to reach the spot in ambulances to provide immediate treatment to the patients to reduce the risks to their life caused by systemic delays. He also suggested air ambulances to transfer patients from remote rural areas in emergency cases.

While the second wave of the COVID-19

pandemic continues to rage across India, getting admitted to a quarantine centre with necessary minimum facilities is still a privilege for many.

COVID-affected persons from Rollapadu village were mainly sent to the quarantine centres in Adoni urban area of Kurnool district.

Pedda Sunkanna, a 60-year-old sent to one of Adoni’s quarantine centres, said he simply returned one night because no one attended to him after he was shown his bed. “A man asked me to sleep on the bed. He showed me the washroom. And then no one ever returned,” Sunkanna said.

“I was not given any medicine. I feared for my life there and felt I’d die if I stay there any longer. That’s why I returned to my village. I quarantined myself, ate good food, took medication and have now recovered,” he added.

His wife Lakshmi Devi said district health officials only enquired about her husband’s health over the phone. That too a fortnight after he returned from the quarantine centre.

“I sent my husband to the quarantine centre thinking that they will take responsibility for his healthcare. But they didn’t even inform me that he left and didn’t inquire about his well-being all these days. What would happen if my husband, who is sick, would have died on the way to the village? Who will take care of me at this age if he dies?” she asked. Lakshmi Devi (50), the wife of Pedda Sunkanna, said healthcare officials only enquired about her husband’s health a fortnight after he returned from the quarantine centre. Image procured by author

Raju, 30, also admitted at one of the quarantine centres in Adoni, complained about the food at the centre. “Breakfast was fine, but the lunch and dinner were not edible. We didn’t say anything because we were brought here after testing positive. So we felt we should eat whatever we were given,” he said.

“If we do not eat healthy food, how will we recover? But we could not say anything. They kept the food at a distance from us and left. The government should provide quality food at the centres or provide money to the marginalised people to eat protein-filled food at home to recover quickly,” Raju added.

Speaking to an Accredited Social Health Activist (ASHA) worker, village health volunteer, Male Nursing Ordinary (MNO) and an ambulance driver helped formulate a better understanding of the challenges faced by the frontline health workers while performing their duties at the village level.

Jaggi Bai, a 31-year-old ASHA worker, who has been facing social stigma ever since she has been on COVID duty, said convincing people with symptoms to get tested is extremely challenging.

“People get aggressive and say things like ‘you should stay away from us’ and ‘you have corona because you go around the village, we are fine’. We are conducting door-to-door surveys now. People who are educated cooperate, but some family members oppose that too,” Jaggi said. ASHA worker Jaggi Bai says she often has to face the displeasure of villagers while conducting health surveys. Image procured by author

“ASHA workers in town can afford to practice physical distancing, but if we do that here then we won’t be able to carry out our daily duties,” she added.

A village health volunteer, speaking on the condition of anonymity, said they faced similar discrimination when they conducting surveys along with the ASHA workers.

At the Community Health Centre (CHC) at Dhone town, a number of Male Nursing Ordinary (MNO) are outsourced healthcare workers.

The MNO also added that due to this shifting of a number of health staff from government hospitals to the COVID Centres, there is an acute shortage of Personal Protection Equipment (PPE) and N95 masks. Another MNO said they even had to search for trolleys to shift patients and even work at the discharge wards because of lack of staff.

Shortage of ambulances add to the scarcity of overall COVID-19

resources. An ambulance driver, who wished to remain anonymous, said that they had only one COVID ambulance for the entire GGH Kurnool and at times, they used to shift five to six active COVID patients and a maximum of two serious patients who needed oxygen support in one ambulance.

Which only adds to the risks faced by ambulance drivers.