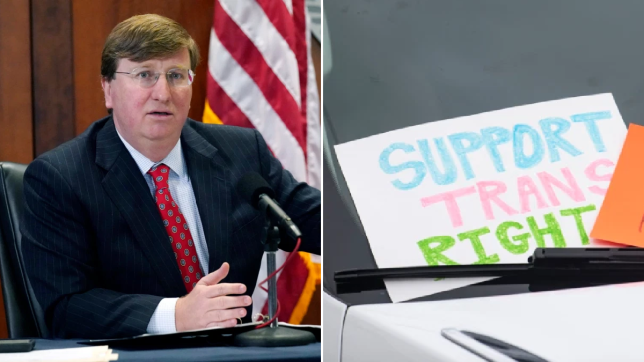 Mississippi will ban transgender girls from competing against their cisgender counterparts in school and college sports. The Southern State’s Senate Bill 2536 was passed by its House of Representatives on Thursday, having previously been greenlighted by its upper-chamber, the Mississippi State Senate.

Mississippi Governor Tate Reeves indicated he would sign the Bill into law on Thursday, tweeting: ‘I will sign our bill to protect young girls from being forced to compete with biological males for athletic opportunities.

‘It’s crazy we have to address it, but the Biden EO (executive order) forced the issue. Adults? That’s on them. But the push for kids to adopt transgenderism is just wrong.’

The executive order Reeves was referring to was signed by President Joe Biden as he began his term in office in January, and sought to prohibit discrimination against transgender Americans. 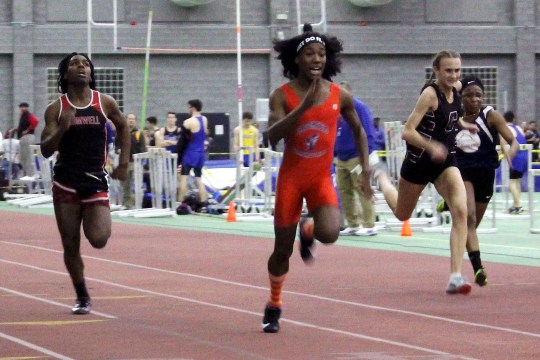 Thursday’s House vote saw 81 representatives come out in favor of the transgender ban, with 28 voting against. The bill’s appearance in the state’s senate in February was passed after a vote which saw 34 senators vote in favor, and nine against.

It was originally introduced by Mississippi State Senator Angela Hill, who claimed Biden’s executive order would ‘force young girls like (my daughters) to compete against biological males for access to athletics.’

Mississippi now becomes the first state to put a ban on trans athletes on its statute books, with other states including Tennessee set to vote on similar bills.

Supporters of the moves say transgender women born to biologically male bodies often have an unfair natural advantage over their cisgender competitors in sports including running.

They often cite the state of Connecticut, which allows trans girls to compete against cisgender girls in school and college athletics contests.

Three cisgender schoolgirls filed a lawsuit with the US Department for Education after two trans runners – Andraya Yearwood and Terry Miller – won 15 women’s state championship titles between them over a two year period.

But opponents of trans sports bans say they are discriminatory, and target a minority group already vulnerable to serious prejudice and violence.

Some have called for a more nuanced approach, which takes into account if trans athletes have had gender reassignment surgery or started hormone treatment, before deciding whether or not they can compete.

‘Mississippi is so determined to be on the wrong side of history that it is defying the evidence in favor of discrimination.

‘There is simply no justification for banning transgender girls and women from participating in athletics other than discrimination.’