Restriction abortion rights have come into force immediately in states across the US (Picture: AP)

A 10-year-old girl who was six weeks pregnant was refused an abortion under draconian new US abortion rules.

The state of Ohio changed its laws hours after the overturning of Roe v Wade to outlaw terminations after six weeks.

Three days later, the child who had fallen pregnant through rape, attended a hospital in the state.

A child abuse doctor discovered she was pregnant, according to Cincinnati.com, but there was nothing she could do.

The child had to be sent across the state border into neighbouring Indiana, where a more liberal abortion regime is still in place.

But there are fears that route may soon be closed to even the most vulnerable women and girls with state legislatures across the country poised to follow Ohio’s and severely restrict abortion access.

When the Supreme Court overturned 50 years of federal protection for abortion rights, ‘trigger bans’ came into force in 13 states. 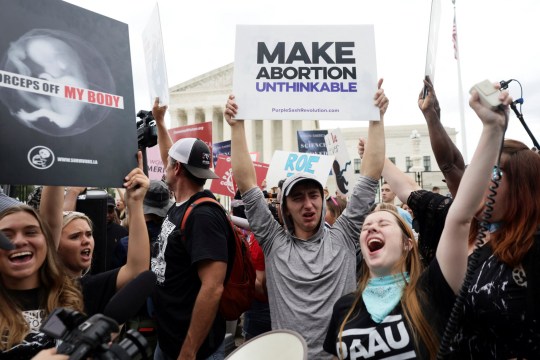 Abortion rights have become a highly politicised debate in the US over successive decades (Picture: Reuters)

Those states, primarily in the west and south of the US, had passed laws which were designed to be ready to go within 30 days of any prospective overturning of Roe v Wade.

State governments have adjourned for the summer but some have signalled they could convene special sessions to bring forward abortion bans.

Around half of all states are expected to ban or severely restrict abortion rights.

Ohio’s law, which is similar to others proposed in other states, bans abortion after foetal cardiac activity can first be detected.

That usually happens at around six weeks of gestation, before many women even know they are pregnant.

Such laws have been pushed by anti-choice politicians and activists for years but were blocked by the courts while Roe v Wade’s protection was still in place. 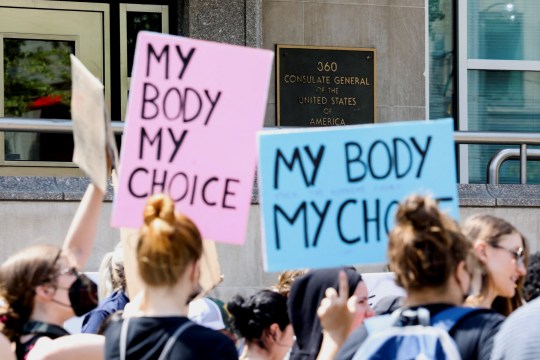 Around half of all states are expected to ban or severely restrict access to abortion (Picture: Reuters)

Some Democratic states have responded by strengthening abortion rights since the court’s decision, including opening the door to women who need to travel for an abortion.

New Jersey introduced legislation designed to allow women who venture to the state seeking abortions to do so without fear of prosecution or civil litigation from their home states.

The New York Senate passed an amendment to the state constitution to codify the right to an abortion, as well as the right to contraception.