About 85million Americans are still under extreme heat warnings across the US (Pictures: AP/Getty Images/REX)

Record-breaking extreme heat continues to effect much of the US, where two people died from heat exposure over the last week.

On Thursday, Thomas Bunting, a 73-year-old resident of Allentown, Pennsylvania, died in his home. Another victim was found in New York City on Sunday when when temperatures reached 91 degrees Fahrenheit.

Both victims died from hyperthermia and had underlying health conditions. 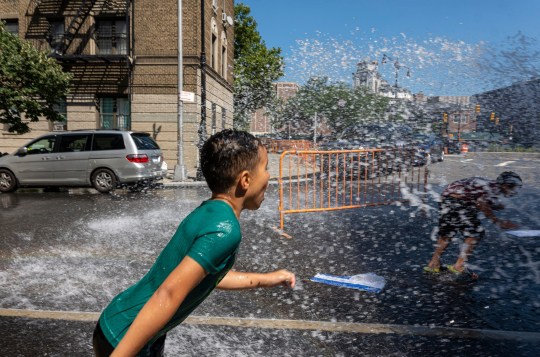 Children play in the spray from the fire hydrant in the Bronx section of New York (Picture: Brian Branch Price/ZUMA Press Wire/REX/Shutterstock) 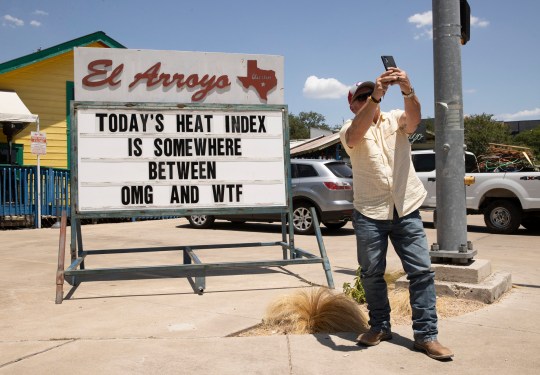 Newark saw five consecutive days with temperatures above 100 degrees Fahrenheit. This was the city’s longest heatwave since it began recording data in 1931.

Although the northeast is expected to cool down starting on Tuesday, nearly 85million Americans remain under extreme weather warnings across the country this week. The northwestern states are preparing for some of the worst heat, with several days forecast in the triple digits for Oregon, Washington and northern California. 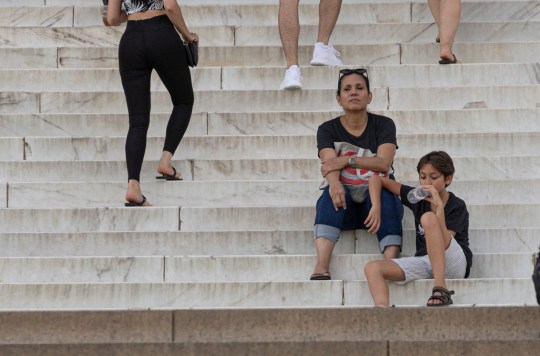 ‘To have five-day stretches or a weeklong stretch above 90 degrees is very, very rare for the Pacific Northwest,’ said Portland State University climate professor Vivek Shandas.

The upcoming heatwave comes only one year after the northwest was hit by a weeks-long ‘heat dome’ – a deadly extreme heat event from June to July 2021. About 800 people died across Oregon, Washington and British Columbia. Temperatures climbed to 116 degrees Fahrenheit in Portland.

Most of the deaths last year were elderly people who lived alone. Officials said this group is still the primary demographic at risk, alongside homeless people, people with disabilities and low income people without access to air conditioning.