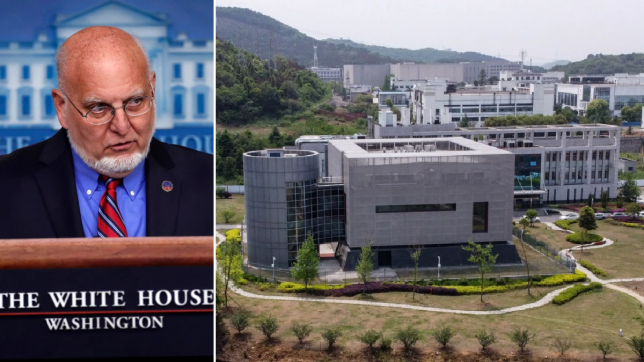 A doctor who held America’s most senior public health position during the Covid crisis thinks the virus came from a Wuhan lab. Dr Robert Redfield, who served as director of the Centers for Disease Control, told CNN that he thinks coronavirus ‘escaped’ from a controversial lab in the Chinese city.

Redfield – a veteran virologist – told CNN: ‘I’m of the point of view that I still think the most likely etiology (origin) of this pathology in Wuhan was from a laboratory. Escaped. Other people don’t believe that. That’s fine. Science will eventually figure it out.’

Redfield went on to say the virus may have leaked accidentally, rather than as a deliberate act. He explained: ‘It’s not unusual for respiratory pathogens that are being worked on in a laboratory to infect the laboratory worker.

‘That’s not implying any intentionality. It’s my opinion, right? But I am a virologist. I have spent my life in virology.

‘I do not believe this somehow came from a bat to a human and at that moment in time that the virus came to the human, became one of the most infectious viruses that we know in humanity for human-to-human transmission.’

The UN-backed World Health Organization (WHO) said it is ‘extremely unlikely’ that Covid leaked from a lab, and is due to publish its report into the origins of the outbreak in the coming weeks.

But Chinese government officials refused to provide WHO investigators with data about the early stages of the outbreak, which Redfield believes may have started in September 2019.

That has fueled claims of a cover-up.

A nearby ‘wet market’ where live animals are slaughtered for food was initially believed to be the source of the outbreak, but Donald Trump’s administration later stoked claims Covid had come from the Wuhan Institute of Virology.

The facility received funding from the US government, with American officials warning that its safety procedures were lacking in 2018, two years before Covid swept the world.

Confirmed Covid infection in the US are now approaching 30.1 million, with close to 547,000 dead.

Worldwide, more than 125 million people are confirmed to have had the virus, with 2.7 million killed.