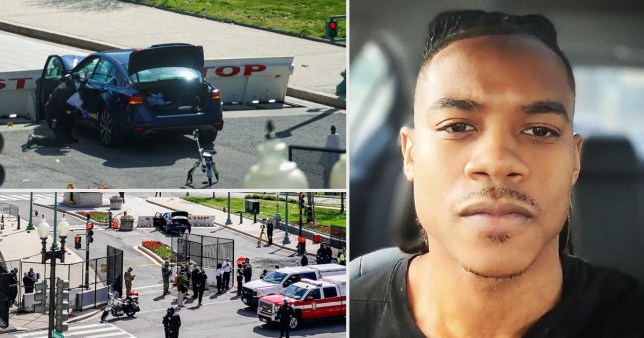 Noah Green has been named as a suspect after the deadly attack outside the US Capitol on Friday (Picture: Reuters/Erin Scott)

The suspect shot dead by police after a deadly rampage outside the US Capitol building has been identified as Noah Green.

Senior law enforcement chiefs named Green, 25, as the driver who rammed his car into a barricade before ‘lunging’ towards two officers armed with a knife, according to NBC.

US Capitol Police officer William ‘Billy’ Evans was killed and another was wounded after the attack in Washington DC around 1pm local time on Friday.

Now investigators are trying to piece together a picture of Green, a former college football player described as a ‘model student-athlete’, as they hunt for clues about a possible motive for the incident.

Green was not known to the police and the attack, which happened at a security checkpoint, is not believed to be terror related.

Born in West Virginia, Green, who had seven sisters and two brothers, was described as a ‘really quiet guy’.

But friends and family reportedly claimed he was ‘troubled’ and had been ‘unravelling’ ahead of the incident, according to the Washington Post.

He is recently said to have ‘slid into deep religiousness and paranoia’ leaving relatives desperately concerned about his mental health. 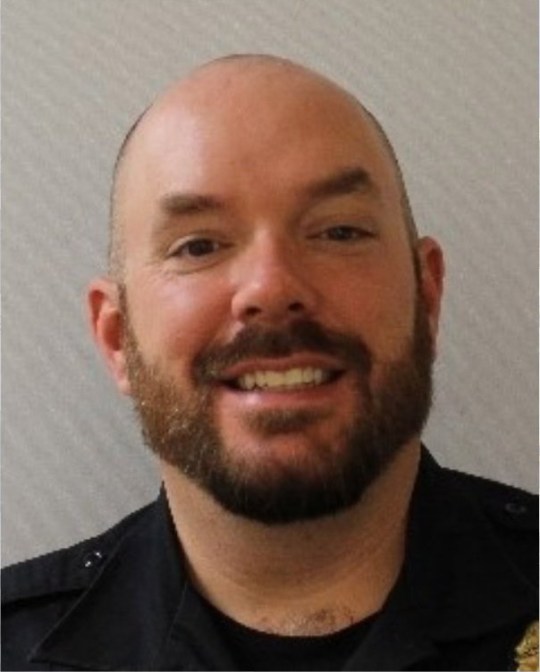 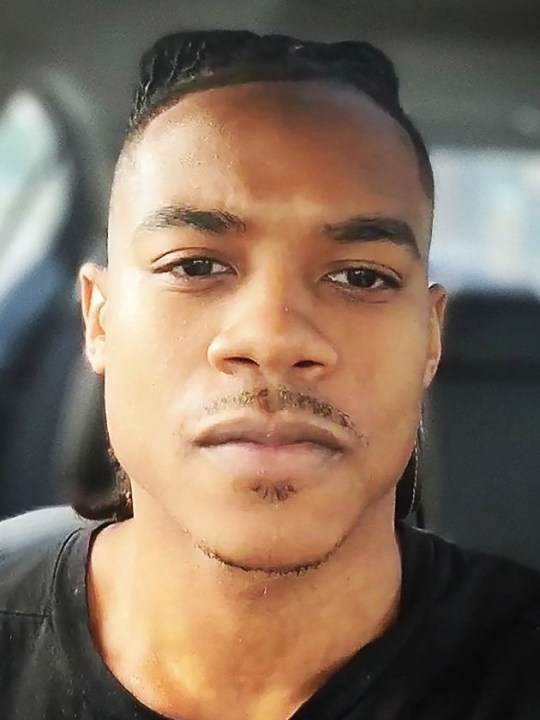 Green, 25, is said to have been ‘unravelling’ ahead of the attack (Picture: Reuters/Erin Scott)

And he was left ‘unmoored from reality’ after allegedly being drugged with Xanax in 2019, which left him dependent on the anti-depressant.

Unemployed Green, who is said to have quit his job to embark on a ‘spiritual journey’.

‘I have been tried with some of the biggest, unimaginable tests in my life. 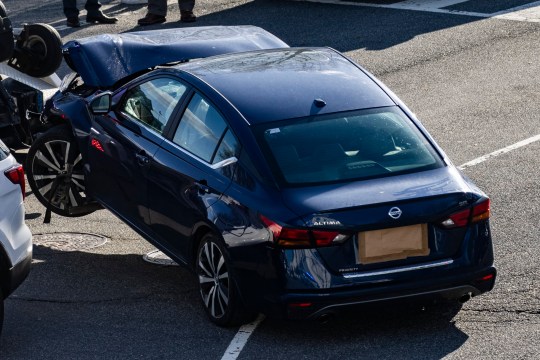 Police remove the Nissan Altima that rammed into a barricade at the U.S. Capitol on Friday afternoon (Picture: Samuel Corum/Getty Images) 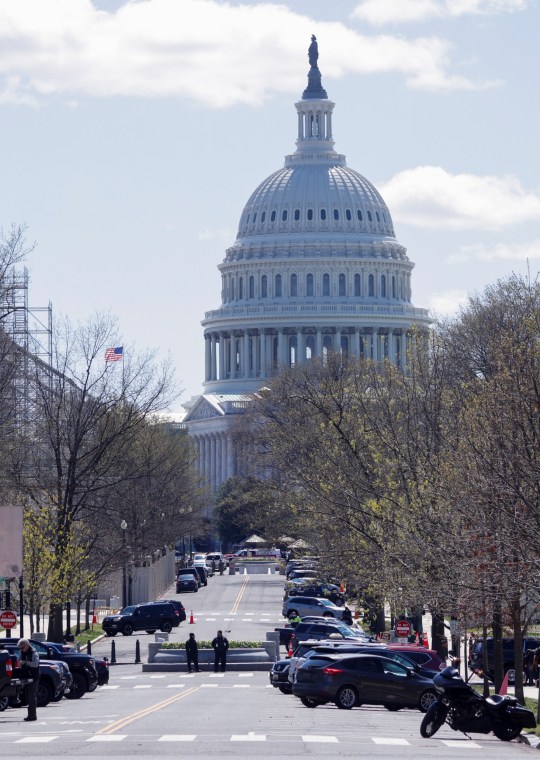 ‘I am currently now unemployed after I left my job partly due to afflictions, but ultimately, in search of a spiritual journey.’

Green described himself as a ‘Follower of Farrakhan’ believed to be referring to Louis Farrakhan, leader of the religious organisation, Nation of Islam, according to the New York Times.

He said his faith is ‘one of the only things that has been able to carry me through these times’, adding: ‘My faith is centred on the belief of the Honorable Minister Louis Farrakhan as Jesus, the Messiah, the final divine reminder in our midst.’

Former CIA covert operations officer, Michael Baker, told Sky News there would be a ‘jump’ to suggest the suspect was a far-right supporter.

But he warned the attack could ‘point to a mental health issue’.

No politicians were in the building as the House and Senate are on recess.

Mr Baker added: ‘It’s a quiet time up there and you would assume if it was a more nefarious plot, they would have understood that and chosen a time it was more busy.’

The attack is not thought to be linked to the riots after Donald Trump supporters stormed the Capitol on January 6.