India, Germany, Brazil and Japan, who formed the G4 bloc to press for their inclusion as permanent UNSC members, have been calling for a ‘decisive push’ for the long-delayed reforms 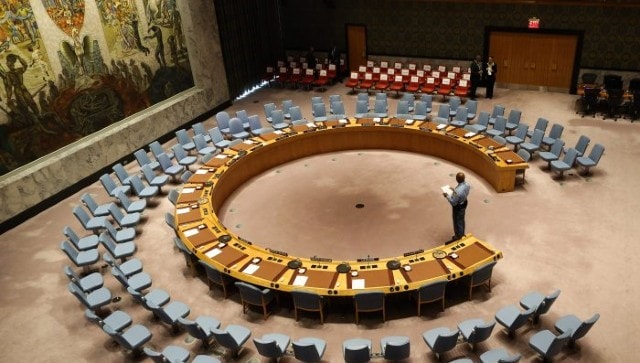 Beijing: China, which has been blocking India’s efforts to become a permanent member of the UN Security Council, has called for evolving a “package solution” acceptable to all UN members to reform the top global governing body.

The reform should reflect the leadership of UN member states, adhere to extensive democratic consultations and gradually accumulate consensus, so as to find a “package solution” acceptable to all parties, Chinese foreign minister Wang Yi said Wednesday.

Wang spoke on the reforms in the powerful UN organ during his meeting through video link with Joanna Wronecka and Alya Ahmed Saif Al-Thani, co-chairs of the Intergovernmental Negotiations (IGN) on the UNSC reform of the 75th Session of the UN General Assembly.

Wronecka and Al Thani are also permanent representatives of Poland and Qatar, respectively, to the UN.

India, Germany, Brazil and Japan which formed the G4 bloc to press for their inclusion as permanent members of the Security Council, have been calling for a “decisive push” for the long-delayed reforms of the UN body.

Last year, G4 foreign ministers meeting that included external affairs minister S Jaishankar, called for a decisive push for UNSC reforms during the 75th session of the UN. They unanimously called for text-based negotiations in a fixed time frame.

The Chinese foreign ministry in its reaction to the G4 ministers’ call last year said there were “enormous divisions” and lacked consensus among the UN members.

In his meeting with Wronecka and Alya Ahmed Saif Al-Thani, Wang said the reform of the Security Council concerns the future development of the UN and the vital interests of its member states.

The reform should reflect fairness and justice, increase the representation and voice of developing countries, give more small and medium-sized countries the opportunity to participate in the decision-making of the Security Council, and correct historical injustices against Africa.

He also highlighted that the reform must be carried out in a stable and orderly manner, and effectively safeguard the unity of member states as well as the prestige of the UN, State-run Xinhua news agency reported.

India has been spearheading decades-long efforts to reform the Security Council, saying a structure set up in 1945 does not reflect contemporary realities of the 21st Century and is ill-equipped to handle current challenges.

China is part of the permanent five (P5) of the UNSC with veto power has been stonewalling India’s efforts to become member of UN’s powerful body for years pointing to lack of consensus even though the other four, US, UK, France and Russia have expressed backing for New Delhi’s membership.

Beijing’s all-weather ally Pakistan is also opposed to India becoming a permanent member of the UNSC.

US president Joe Biden in his campaign policy document last year had reiterated its promise of supporting India as a permanent member of the UN Security Council.

India calls for six additional permanent seats, two each for Africa and Asia, one for Latin America and the Caribbean, and one for the West European and Others Group and also for increase in non-permanent seats.